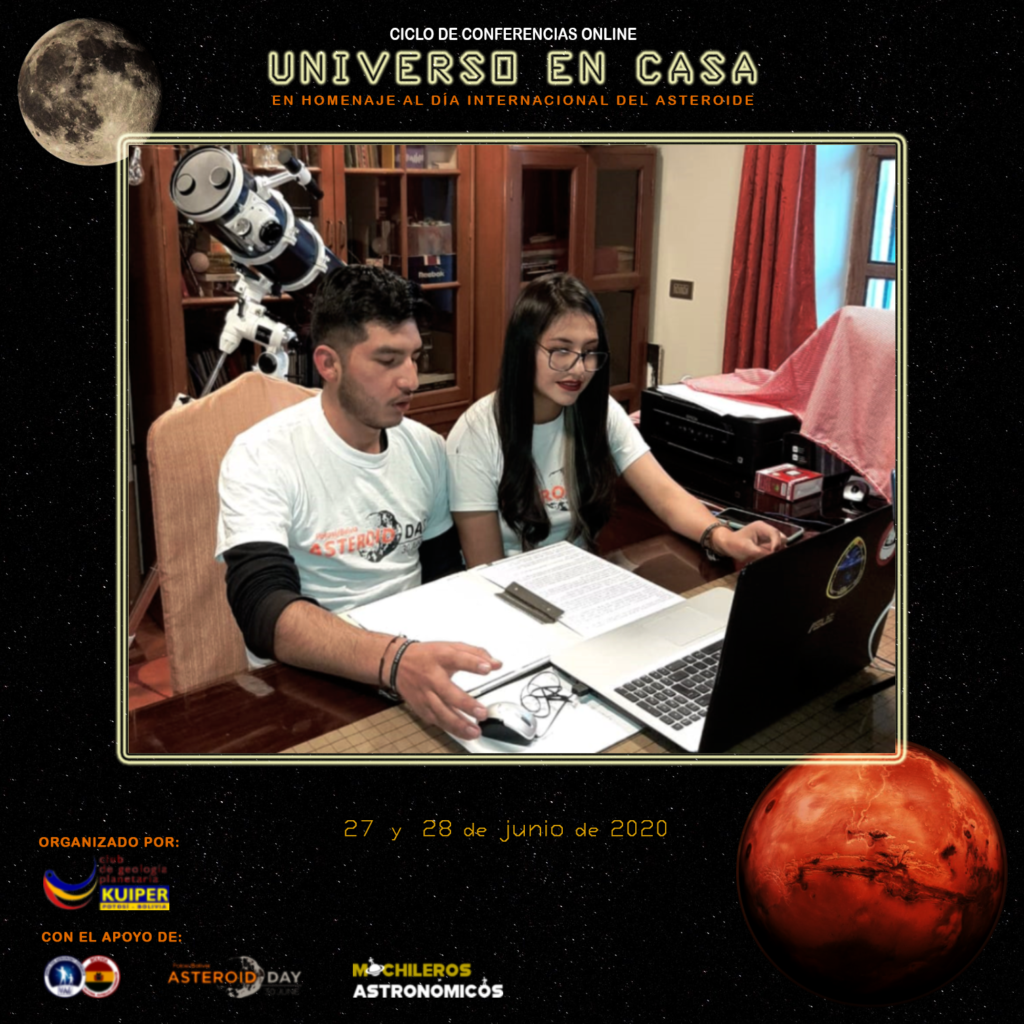 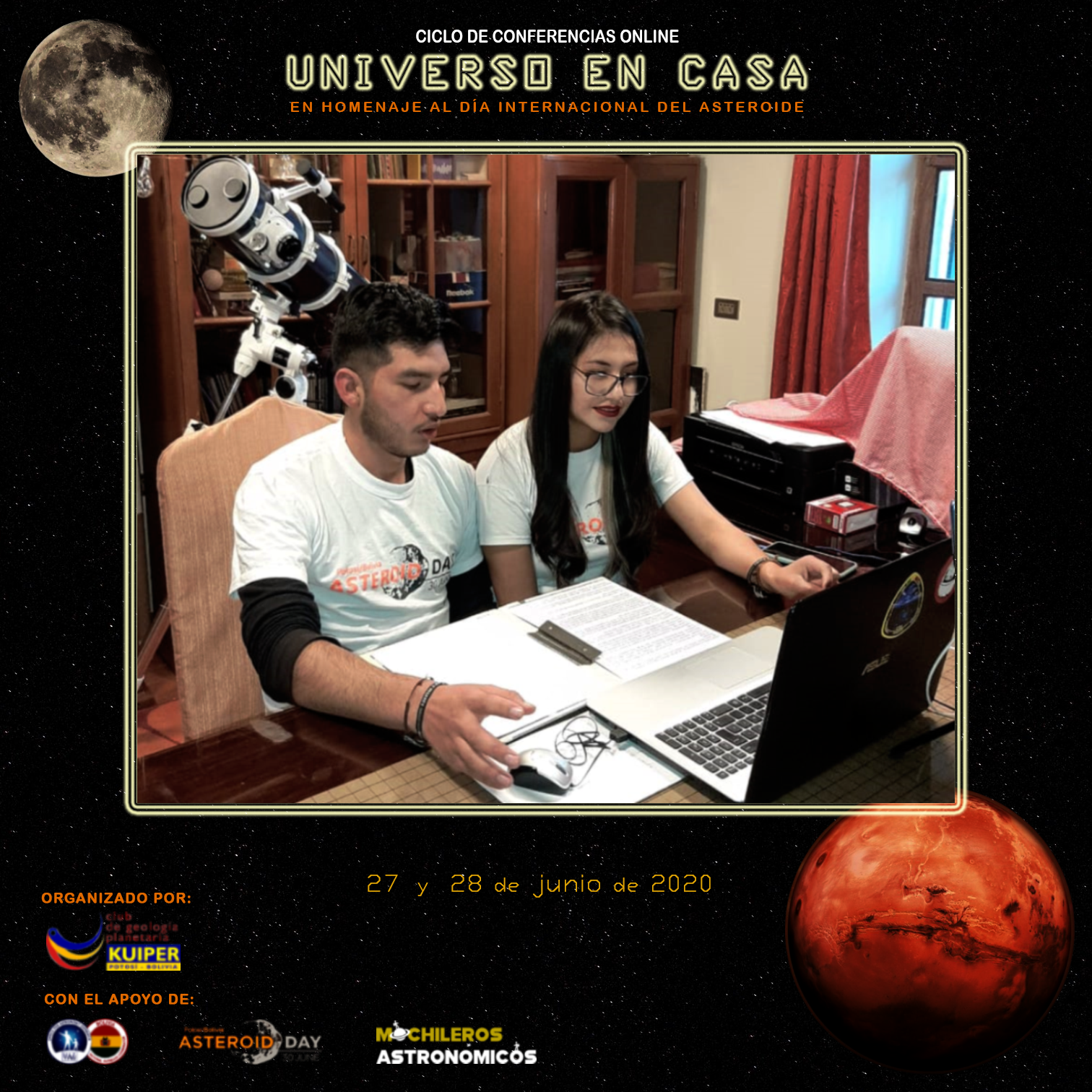 “Personally and as a club we are proud to celebrate, for the second consecutive year, the International Asteroid Day in the city of Potosí, for the world!” says Universe at Home’s organiser, Estefania Victoria Martínez Mayorga

Rather than stick solely to talks about asteroids, the club used the opportunity to talk more widely about the Solar System.

The event was carried out through Zoom and took place over two days, June 28 and 29. It featured prestigious speakers such as Paola D. Ochoa, National Coordinator of the International Astronomy Union, who spoke about the “Activities of the International Astronomy Union”; Bryant González Vásquez, Venezuelan Amateur Astronomer and creator of the scientific outreach project Astronomical Backpackers in South America, who spoke about “Water Exploration Missions on Mars”; Isidoro Calcina Belén, Tomás Frías Autonomous University, spoke about “Lunar Morphology”; and Jorge Díaz Zelada, Tomás Frías Autonomous University, spoke about “Groundwater on Mars”. 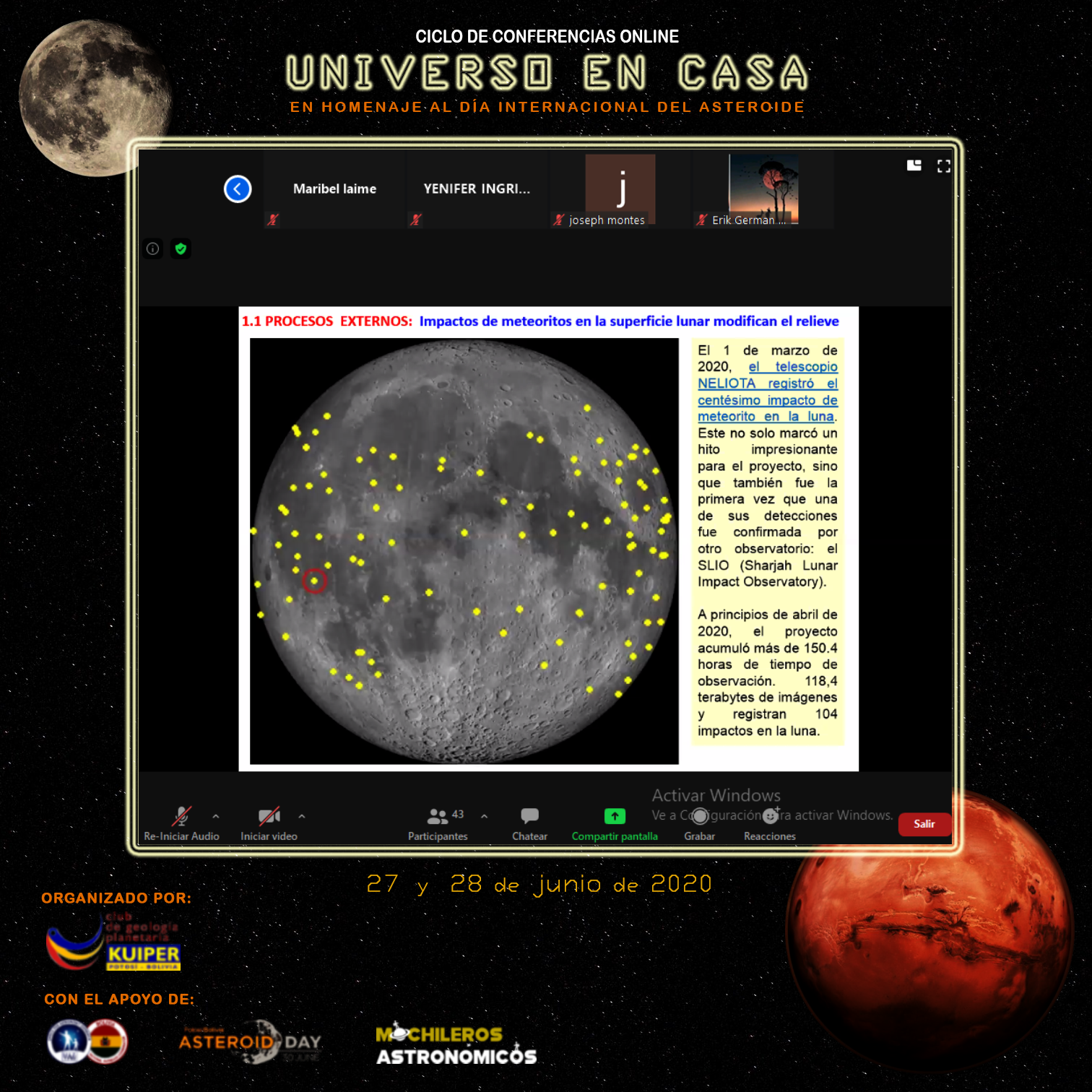 Each speaker used audiovisual presentation material and reached an audience of more than seventy registered guests. Among the audience were people of different ages and academic backgrounds who came from different parts of the country.

The event was such a success that Estefania is already thinking about next year.

“Definitely the following year, in [collaboration] with the Kuiper Planetary Geology Club, we will carry out more virtual or face-to-face scientific dissemination activities. This time [we will] aim at boys and girls in the rural area of my region, in order to encourage and raise awareness among the population of using planetary astronomy and geology as a tool for education and development in the country,” she says.

Here at Asteroid Day, we wish Estefania good luck and pledge our support for her efforts.

Watch a recording of the event below: