We want to help you in the event planning process by pointing you towards some of the resources you can use for your event. Our team has curated a set of resources that vary from presentations, videos to kid-friendly quizzes. 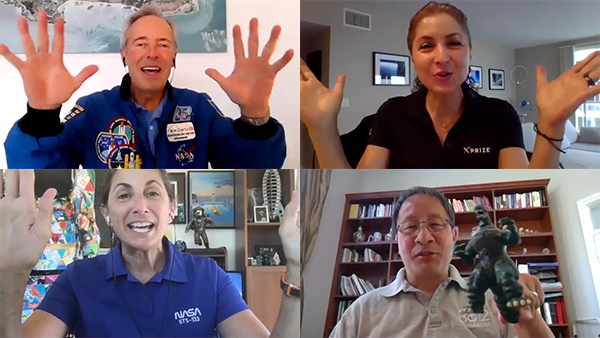 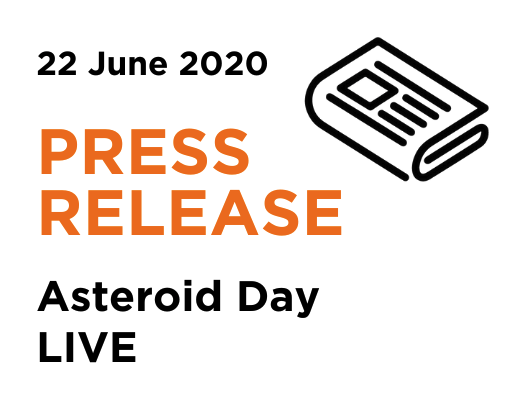 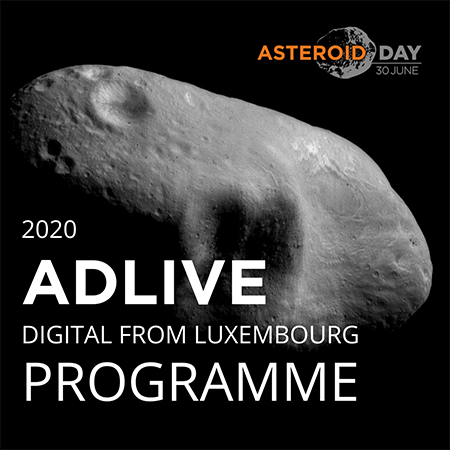 July 17, 2020
With the world working together to handle 2020’s Covid-19, the Vice Chair of Asteroid Foundation and the first and only Romanian cosmonaut, Dorin Prunariu shared some of his ideas and wisdom gained during his time in space. He covers what it is like to live in isolation in space, to stay hopeful, stay busy, and […]

July 16, 2020
As 2019 turned to 2020, Asteroid Day was embarking on a new journey. We hired a full-time Program Director and moved her out to Luxembourg. We began planning our events earlier than ever, inviting an array of new and returning asteroid experts to join us for Asteroid Day LIVE. We almost paid the caterer for […] 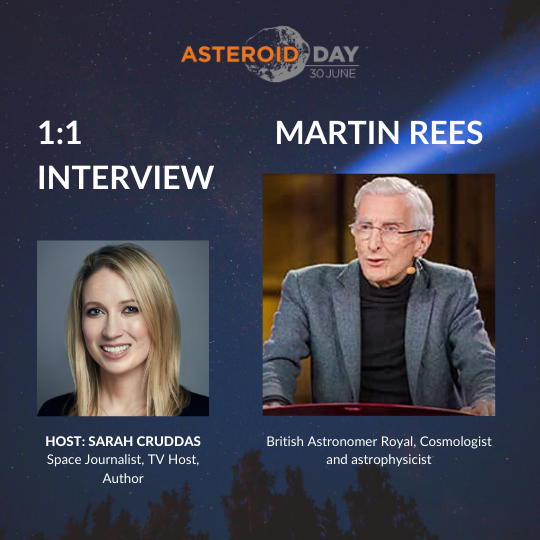 June 30, 2020
Martin Rees is a Fellow of Trinity College and Emeritus Professor of Cosmology and Astrophysics at the University of Cambridge. He holds the honorary title of Astronomer Royal and also Visiting Professor at Imperial College London and at Leicester University. In 2005 he was appointed to the House of Lords, and he was President of the […] 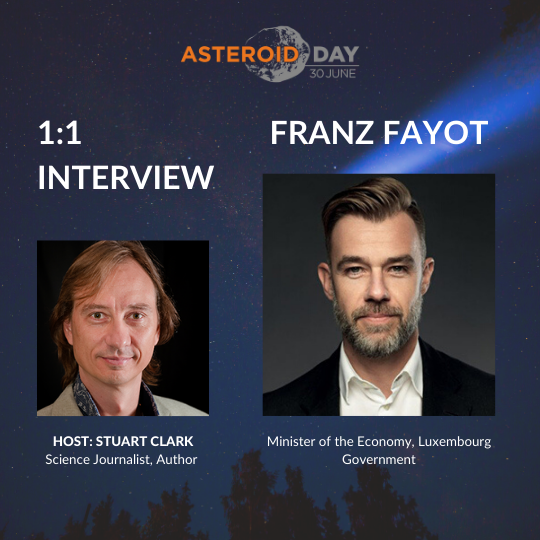 June 30, 2020
Franz Fayot is the Minister for Development Cooperation and Humanitarian Affairs and the Minister of the Economy for the Luxembourg government. A member of the Luxembourg Socialist Workers’ Party (LSAP) since 1994, he became the party’s chairperson in 2019. He was elected to Parliament in 2013 and in 2018, as the candidate for the LSAP […] 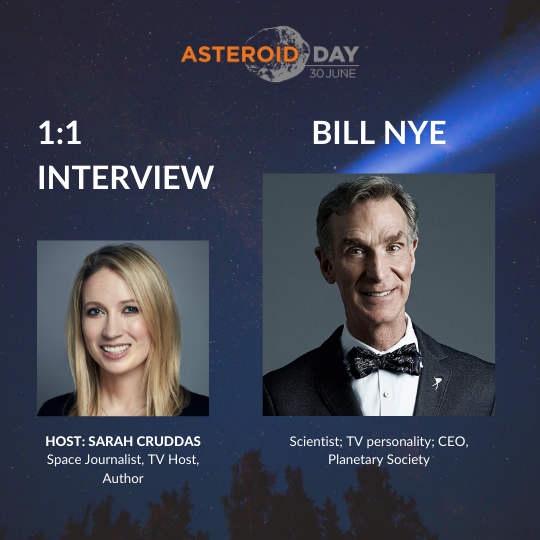 June 30, 2020
William Sanford “Bill” Nye is an American science educator, comedian, television presenter, actor, writer, scientist, and former mechanical engineer. He is best known as the host of the Disney/PBS children’s science show Bill Nye the Science Guy (1993–1998) and for his many subsequent appearances in popular media as a science educator. From 2005 to 2010, […] 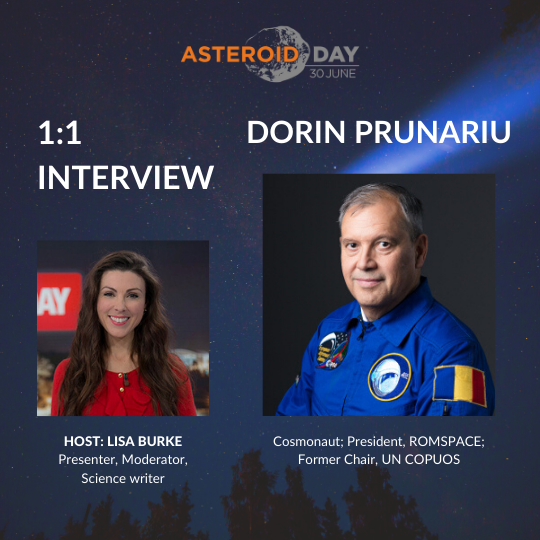 June 30, 2020
Dorin Prunariu is a Romanian cosmonaut. He flew on the Soyuz 40 mission to the Salyut 6 space station. Between 1998 and 2004, he was President of the Romanian Space Agency, and is now vice-chair of the United Nations Committee on the Peaceful Uses of Outer Space (UN COPUOS) Working Group on “Space Agenda 2030”. […] 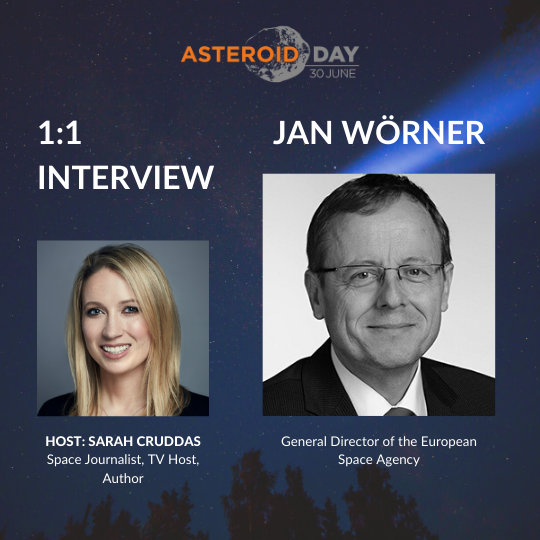 June 30, 2020
Johann-Dietrich ‘Jan’ Wörner is Director General of the European Space Agency. Wörner studied civil engineering at the Technical University (TU) Berlin and TU Darmstadt, from where he graduated in 1985. After his graduation he worked for consulting civil engineers Koenig und Heunisch and in 1990 he was appointed as a professor of Civil Engineering at […] 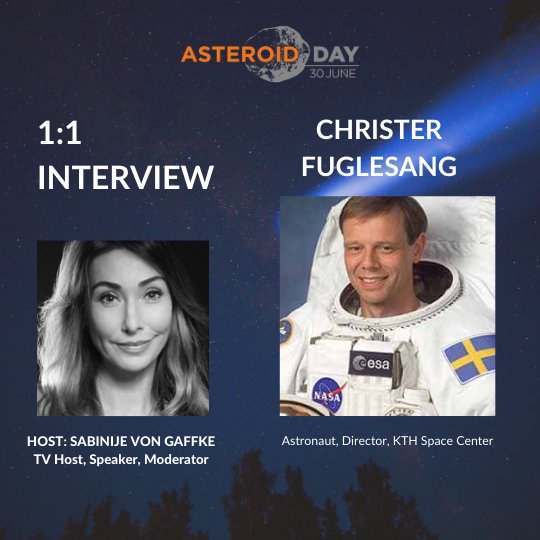 June 30, 2020
Christer Fuglesang is a Swedish physicist and ESA astronaut. He was the first Swedish citizen to fly in space, taking part in two missions aboard the NASA Space Shuttle. During these missions, he performed five spacewalks. As a graduate student, he worked at the European Research Centre on Particle Physics (CERN) in Geneva on the […] 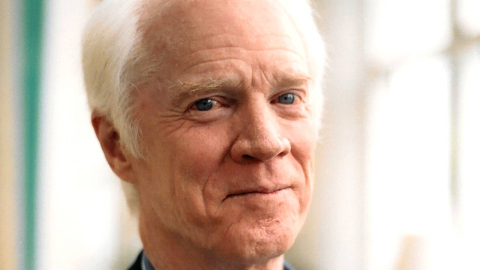 June 22, 2020
LUXEMBOURG 22 June 2020 /PRNewswire/ — The Asteroid Foundation premieres the worldwide release of Apollo 9 & Beyond featuring Rusty Schweickart on Asteroid Day TV.  In this profoundly beautiful and moving film, Apollo 9 astronaut Rusty Schweickart discusses the Apollo 9 mission, his life-altering spacewalk, and our cosmic birth and how those experiences shaped his […]

June 22, 2020
LUXEMBOURG, 22 June 2020 /PRNewswire/ — The Asteroid Foundation returns with Asteroid Day LIVE Digital from Luxembourg. This year, the event is a fully digital celebration of asteroid science and exploration. Panel discussions and one-on-one interviews with astronauts and world experts will be broadcast on 30 June 2020. Each year Asteroid Day presents the public […] 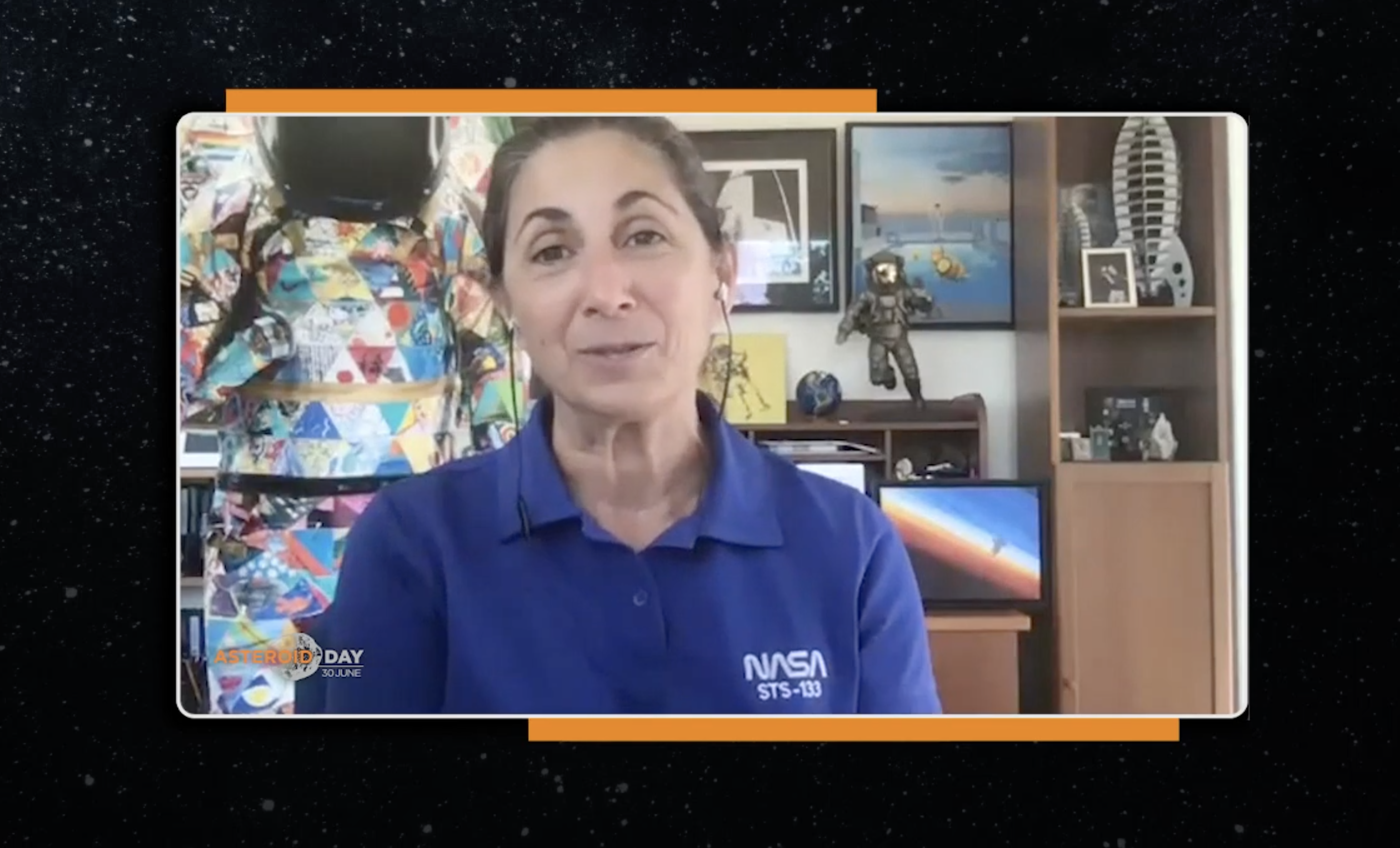 2020 ASTEROID DAY LIVE- ASK ME ANYTHING ABOUT ASTEROIDS WITH ASTRONAUTS