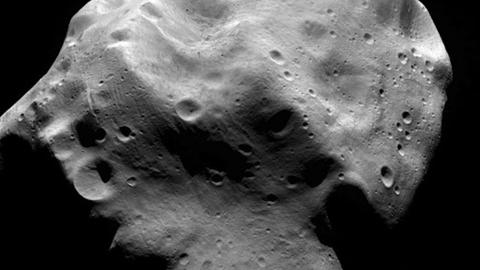 Learning Objective:
Learn what are the different types of asteroids based on their composition.

Overview:
Asteroids are not just irregularly shaped rocky bodies. There are many different types of asteroids and knowing the diversity of their compositions and structure can help in developing strategies to deflect them if necessary.

In the Solar System we can find myriad asteroids, but no two are the same. Their chemical composition and structure differences allow scientists to classify asteroids into several types, with three the main ones: 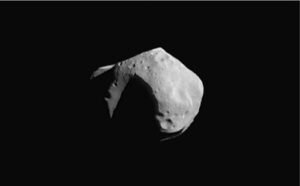 Type C: C comes from Carbonaceous and, as its name suggests, these asteroids are rich in carbon among other silicates and metals. They form the majority in the Solar System, making up almost 75% of known asteroids.

They are mostly found on the edge of the belt between Mars and Jupiter. These asteroids are dark and for that reason have not been detected in more remote regions of our Solar System. The most famous examples of C-type asteroids are Ceres, explored by the Dawn spacecraft from 2014 to 2018, and 253 Mathilde, visited by the NEAR-Shoemaker spacecraft in 1997. 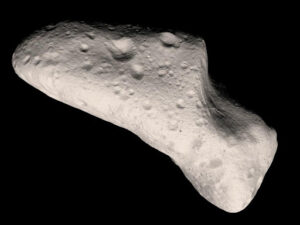 Type S: These asteroids are mainly composed of silicates (hence the letter S), being the second most abundant group in our Solar System. They are often found on the inner edge of the Main Belt and contribute almost 20% of its bodies. Compared to Type C, they are quite bright and easier to see. Juno, one of the largest asteroids in the Main Belt, and 433 Eros, the first asteroid in history where a probe landed, are good examples of Type S asteroids. 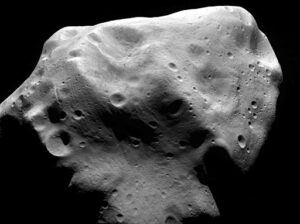 Type M: Located in the middle of the Main Belt, most of these objects contain predominantly nickel and iron, two metals (hence the letter M). We still don’t know completely the composition of these asteroids, the Psyche mission will be a good opportunity to find this out. However, we can already say that some of their characteristics are linked to their distance from the Sun.

In addition to Psyche, the asteroid 21 Lutetia, visited by the Rosetta spacecraft in 2010, and 216 Kleopatra, a dog-bone-shaped asteroid, are classified as M-Type asteroids.

With the discovery of asteroids increasing exponentially, the above classification has become obsolete. There are currently more than 10 types of asteroids classification and, for greater precision, they are not only based on their composition. The colour, ability to reflect sunlight (albedo) and spectral type are also considered.

There are other differences linked to the internal structure of asteroids. While many of them are often a single solid object, others are nothing more than piles of rubble – pieces from old collisions that are held together by the force of gravity.

Ryugu, targeted by the Hayabusa2 mission, and Bennu, explored by the OSIRIS-REx spacecraft, are prime examples. These two asteroids are shaped like a diamond, probably due to the deformation induced by the high rotation speed.

Asteroids Ryugu (left) and Bennu (right). The similarity of their shapes is not a coincidence (JAXA-Hayabysa-2 / NASA OSIRIS-REX)

Previously, the techniques used to collect samples from these asteroid piles of rubble did not have major effects on their surface. However, scientists from one of these missions discovered that the surface resistance at the time of contact with the probe was much lower than expected.

Thus, expectations about the consequences of the DART spacecraft impact on asteroid Dimorphos will be different. A study suggests that if Dimorphos looks like a rubble-pile asteroid, the probe’s impact could radically change its surface, spew out much more material than expected and cause unforeseen results from the mission.