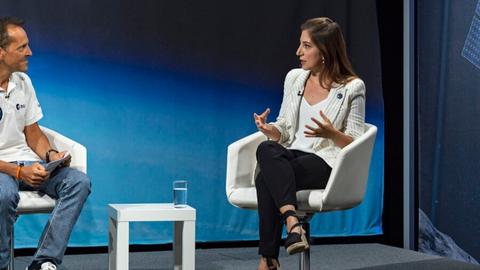 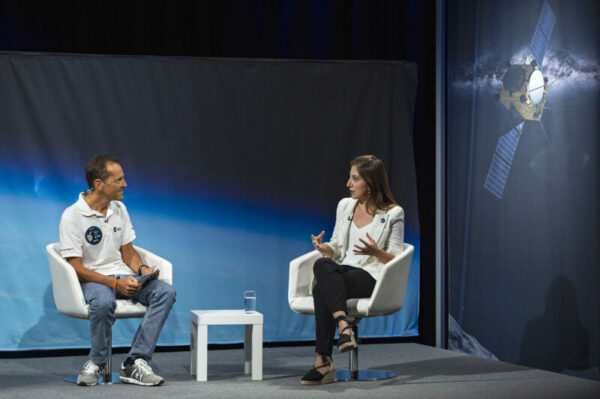 This past June, new research by Sabina Raducan and Martin Jutzi of the University of Bern suggest a different outcome to the DART mission impact as previously suggested by scientists. Originally thought to cause a small crater on the binary asteroid Dymorphos, the paper suggested there will be an even greater impact due to the low gravity of some asteroids. 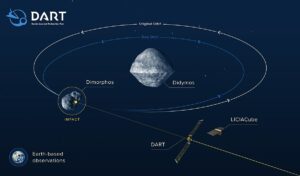 NASA’s Double Asteroid Redirection Test (DART) is the first ever planetary defence mission. The DART mission aims to shift an asteroid’s orbit through kinetic impact – specifically, by smashing a spacecraft into the smaller member of the binary asteroid.

Sabina Raducan, a Postdoctoral Researcher at the University of Bern and recent speaker at Asteroid Day LIVE, is part of the team of scientists for NASA’s Double Asteroid Redirection Test (DART). She and her team focus on creating numerical simulations of impacts into asteroids, which will be essential in interpreting the results of this mission. Sabina is also a part of the NEO-MAPP  project that addresses advanced research in Near Earth Objects (NEOs) and new payload technologies for planetary defence. Sabina and Maritin’s paper was recently featured in an article by SciTechDaily further explaining the implications.

“Contrary to what one might imagine when picturing an asteroid, direct evidence from space missions like the Japanese space agency’s (JAXA) Hayabusa2 probe demonstrates that an asteroid can have a very loose internal structure – similar to a pile of rubble – that is held together by  gravitational interactions and small cohesive forces”, says Sabina.

Scientists had initially thought that the spacecraft might leave a small crater after impact, however research  now suggests that there could be a very different result. If Dimorphos is actually more similar to a rubble pile asteroid, the DART impact could radically change the surface and expel much more material.

Sabina explains the difficulty of creating impact simulations on an asteroids due to their low gravity on the Asteroid Day LIVE stage, “Asteroids are very small and the gravity is very very low and we also expect a very low strength, and when an impact on an asteroid happens it creates a crater, and in such low gravity, the crater can be very very large and for numerical models that is very challenging because that would require a lot of computational power to model that.”

Global-scale Reshaping and Resurfacing of Asteroids by Small-scale Impacts, with Applications to the DART and Hera Missions (Sabina D. Raducan and Martin Jutzi)

Sara Russell and the Winchcombe Meteorite on Asteroid Day LIVE