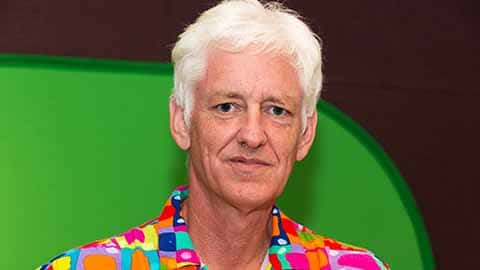 Peter Norvig is a Director of Research at Google Inc. Previously he was head of Google’s core search algorithms group, and of NASA Ames’s Computational Sciences Division, making him NASA’s senior computer scientist. He received the NASA Exceptional Achievement Award in 2001. He has taught at the University of Southern California and the University of California at Berkeley, from which he received a Ph.D. in 1986 and the distinguished alumni award in 2006. He was co-teacher of an Artifical Intelligence class that signed up 160,000 students, helping to kick off the current round of massive open online classes. His publications include the books Artificial Intelligence: A Modern Approach (the leading textbook in the field), Paradigms of AI Programming: Case Studies in Common Lisp, Verbmobil: A Translation System for Face-to-Face Dialog, andIntelligent Help Systems for UNIX. He is also the author of the Gettysburg Powerpoint Presentation and the world’s longest palindromic sentence. He is a fellow of the AAAI, ACM, California Academy of Science andAmerican Academy of Arts & Sciences.

Google: Web search and Research. Google was already a success when I arrived in 2001, so most of the credit goes to those who were there before me. But as Director of Search Quality from 2002-2005 it was my responsibility to maintain and improve the quality of our core web search algorithms during a time of twenty-fold growth and increased scrutiny from webmasters, the public, and the press. Throughout this all, Google has maintained the lead over all competitors. As Director of Research (in 2005) I oversaw the world’s top Machine Translation team and am helped to build top groups in speech understanding and other areas. You can see a CACM article on our approach to research.
Education: Co-teacher of an online AI class for which 160,000 students registered and 23,000 completed the course. An on-going experiment that has been called a groundbreaking change in academia, the course was featured on the front page of the New York Times. Since then we have re-offered the AI class through Udacity, the start-up company founded by my co-teacher Sebastian Thrun (but which I have no official position in), and I have taught another class On The Design of Computer Programs. At Google, I have worked on the Course Builder project, an open source package for building online classes. My article on Teach Yourself Programming in Ten Years has had over 2 million readers, and some of my other pieces have been used by other educators.
Artificial Intelligence: A Modern Approach. With Stuart Russell, co-author of what has been the leading textbook in AI since 1995, with over 200,000 copies sold and over 15,000 citations. At CiteSeer, it is 22nd most-cited computer science publication.
NASA: Remote Agent and Mars Exploration Rovers. My division developed the Remote Agent experiment that flew on the Deep Space 1 spacecraft. This was the first use of autonomous planning, scheduling, and fault identification onboard a spacecraft. It won the 1999 NASA Software of the Year award and was cited in two AAAI Presidential addresses (by Nils Nilsson and by Ron Brachman) as one of the top achievements in the history of AI. The Remote Agent also served as a proving ground for some of the automated planning software that my team brought to the tremendously succesful Mars Exploration Rovers, or MER (which flew after I left NASA).I also served as the only computer scientist on both investigation boards for the two failed Mars ’98 missions. President Clinton commented on these boards that “I think the important thing is that, from our point of view, NASA responded in an honest, up-front way to their difficulties with the two Mars probes that didn’t work so well … and I would like to see their budget increase now.” The investigation boards may or may not have been a cause for the succesful MER missions, but they were certainly a prerequisite.
Junglee: Comparison ads and shopping site. I was employee #8 at Junglee, one of the first web metasearch sites for classified ads and shopping. I was responsible for maintaining the algorithms, dictionaries and grammar rules for text-based extraction. I then co-led a small team that produced a second-generation development environment (in Java instead of Perl), and built the shopping tool that became the Yahoo Shopping site, and thereafter Junglee’s most important product line, prior to our acquisition by Amazon.com.
Paradigms of AI Programming. This book has been called “The best book on programming ever written”. That is a subjective opinion (and I for one would disagree), but there seems to be a consensus that this is one of the 3 or 4 top books on Lisp programming.
Open source software. In addition to the commercial software I’ve helped develop at Google, Junglee, and elsewhere, I’ve also donated open source software that has had an impact:

I developed JScheme (nee SILK), a Scheme implemented in Java, that has been used by over 1,000 students and many professionals. Tim Hickey and the late Ken Anderson took over most of the development after the initial versions.
My implementation of Prolog in Lisp from PAIP served as the basis for professional versions offered by Franz Inc. and Lispworks.
My natural language parser from PAIP was used in Cyc and several other projects.