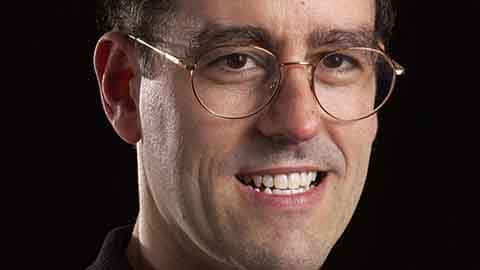 If you ever spend a night under the stars watching for meteors and saw something unusual, you may want to meet astronomer Dr. Peter Jenniskens. He’s an expert on meteor showers and author of Meteor Showers and their Parent Comets, a 790 page book containing predictions on what unusual meteor showers to expect in the next 50 years.

Peter is best known for his recovery of fragments of asteroid 2008 TC3 in the Nubian Desert of northern Sudan with Sudanese astronomer Muawia Shaddad and his students from the University of Khartoum. This was the first time that an asteroid was spotted in space, observed by telescopes, then samples retrieved for study. More: http://asima.seti.org/2008TC3/

Peter currently runs the NASA sponsored Cameras for Allsky Meteor Surveillance (CAMS) project  in northern California, which aims to confirm some of the 300+ meteor showers in the IAU Working List that need confirmation. Sixty video security cameras film the skies over the San Francisco Bay Area. Each confirmed shower identifies past activity from one of the many Near Earth Asteroids that are being discovered in recent years. He is famous for identifying the parent body of the Quadrantid shower, a minor planet called 2003 EH1, which led to a small rennaiscance in finding parent bodies of our meteor showers. CAMS already confirmed several showers and discovered a new shower, the February eta Draconids, caused by the trail of dust from a potentially hazardous long-period comet. More: http://cams.seti.org

Peter is a meteor storm chaser, who likes to watch meteor showers where they are at their most spectacular: high above clouds in an airplane. His NASA sponsored multi-instrument aircraft campaigns have brought teams of researchers to Japan, Israel, and Spain to study the 1998 – 2002 Leonid meteor storms. In 2007 and 2008, he studied from the air an encounter with the dust of long-period comet C/1911 N1 (Kiess) and the Quadrantid shower. More: http://airborne.seti.org

He has used the same techniques to study artificial meteors during the return of NASA’s Genesis and Stardust missions over Utah, the re-entry of ESA’s first Automated Transfer Vehicle over the Pacific Ocean, the return of JAXA’s Hayabusa spacecraft over Australia and, most recently, the re-entry of WT1190F near the coast of Sri Lanka. These missions gathered data on the physical conditions during entry for clues about the performance of the sample return capsule’s thermal protection system and about the manner of breakup during controlled re-entries of spacecraft lacking such thermal protection. One result has been some incredible video footage. More: http://airborne.seti.org