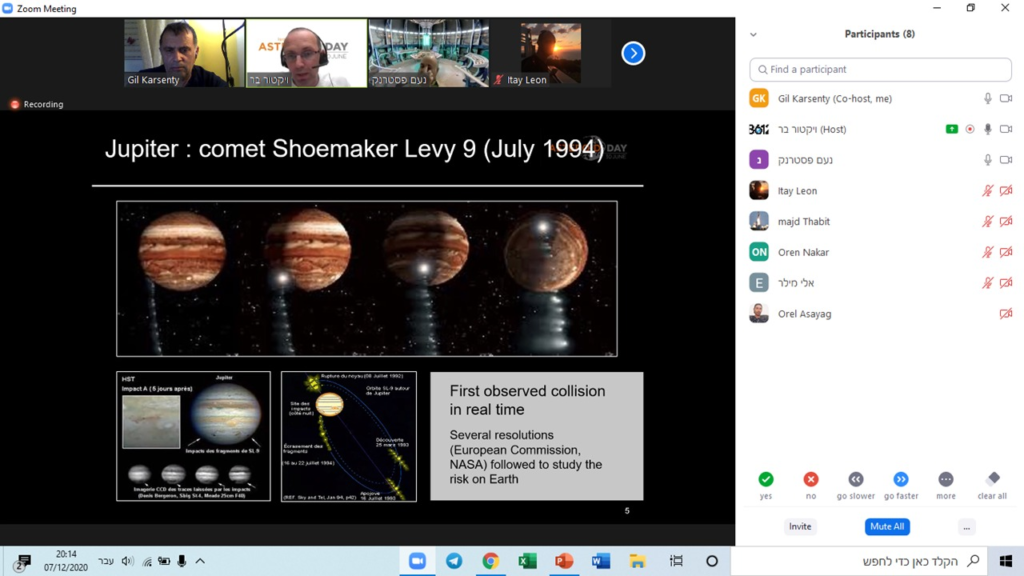 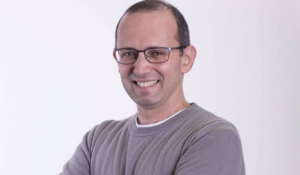 For Victor Bar, Asteroid Day is not just a single 24 hours in June. Instead, it is a year-round programme of events, whenever something asteroid related is happening in the news.

His latest event took place on 7 December 2020, less than 24 hours after Japan’s Hayabusa 2 returned its samples to Earth. Speaking on-line, Victor explained to his audience what had happened the previous day, why it was important and what the Hayabusa2 mission was all about. 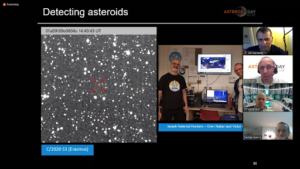 “I want to raise awareness about asteroids in both preparing for the threat they pose, and the scientific opportunities they present,” says Victor.

Victor is the regional co-ordinator for Asteroid Day in Israel. He has a long-standing interest in public outreach concerning asteroids and other aspects of space exploration. In 2015, he became part of the NEOShield2 outreach team.

Standing for Near-Earth Object Shield, NEOShield2 was a follow-on project funded by the European Commission to access the Science and Technology needed for Near-Earth Object Impact Prevention. The project was executed  by a consortium of industry and research organisations, coordinated by Dr Albert Falke, Airbus Defence and Space GMBH.

Victor contacted Albert and in October 2015 began working as an outreach ambassador for the NEOShield2 project. This was how Victor learnt of Asteroid Day, which had been founded in 2014 and had staged its first events in 2015. Albert was Germany’s regional co-ordinator for Asteroid Day, and told Victor about it. 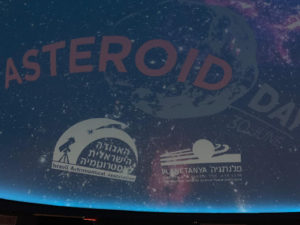 Shortly afterwards, Victor became Israel’s regional co-ordinator for Asteroid Day and now has more than ten events under his belt. He delivers many of the lectures himself but also hosts some prestigious speakers from around the world. For example, ESA’s Ian Carnelli and Apollo astronaut Fred Haise have spoken at his events, attracting audiences of all ages from children to seniors.

“I want to speak with leading mission specialists, scientists , engineers , mission leaders and learn more about each and every mission,” says Victor.

That will certainly happen in Victor’s next event, when Asteroid Day Israel hosts a SpaceConnectsUs event with NASA’s Dr Amy Simon. Amy is the Senior Scientist for Planetary Atmospheres Research in the Solar System Exploration Division at the NASA Goddard Space Flight Center.

Click here to read about Asteroid Day Israel and their events.