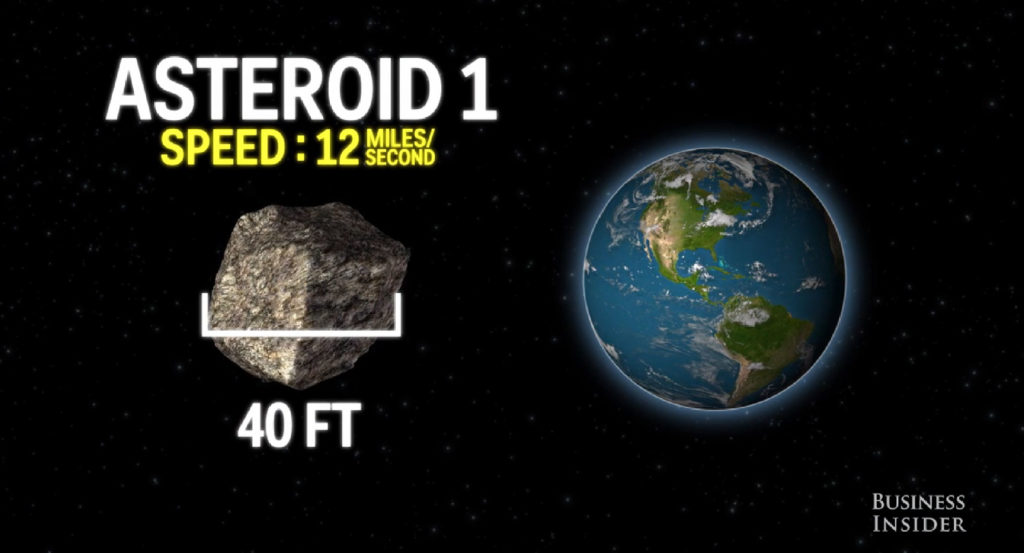 An asteroid doesn’t need to be massive to cause serious damage. The Chicxulub asteroid that wiped out the dinosaurs is estimated to have been about 6 miles in diameter. That may sound like a pretty big space rock, but relative to Earth it’s pretty tiny.

But what’s the likelihood of an asteroid of that size coming into contact with Earth again? The following is from NASA’s website:

Every day, Earth is bombarded with more than 100 tons of dust and sand-sized particles.

About once a year, an automobile-sized asteroid hits Earth’s atmosphere, creates an impressive fireball, and burns up before reaching the surface.

Every 2,000 years or so, a meteoroid the size of a football field hits Earth and causes significant damage to the area.

Only once every few million years, an object large enough to threaten Earth’s civilization comes along. Impact craters on Earth, the moon and other planetary bodies are evidence of these occurrences.