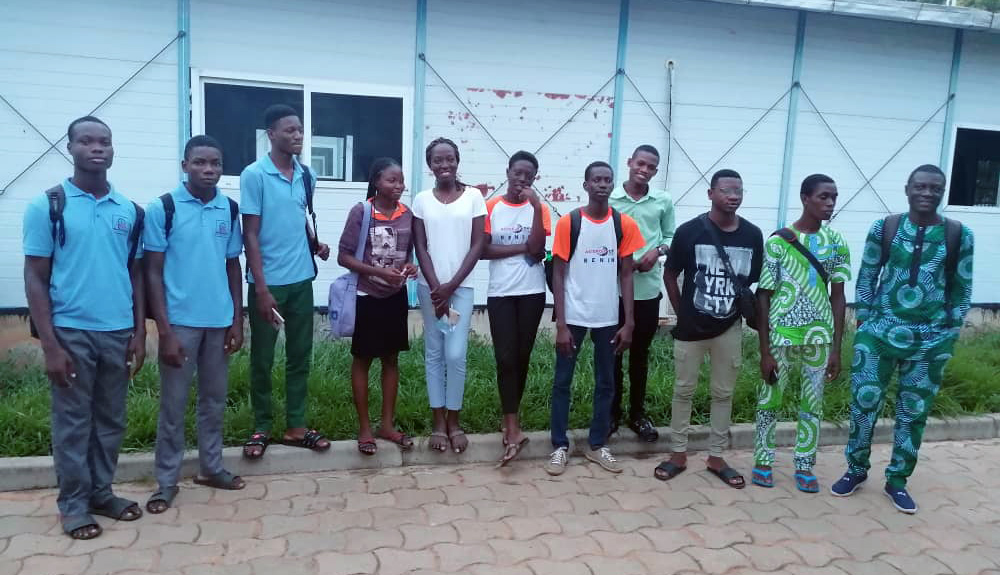 Asteroid Day in Benin Africa was celebrated for a full 3 days thanks to a new event organizer, Sirius Astro-Club.

Founded by Prudence Ayivi in the fall of 2020, the Club was first created on Facebook with the goal of sharing information on astronomy in Benin and around the world. The name “Sirius” was later added, in reference to the main star of the Constellation of the Great Dog, which is the brightest star in the night sky in African countries.

In April 2021, Prudence won a SSVI Telescope through a contest hosted by RFI (Radio France Internationale) and web magazine L’Astronomie Afrique, which enabled the Club to officially launch on-the-ground activities.

A speaker presenting at the University of Abomey-Calavi for Asteroid Day in Benin.

Sirius Astro-Club decided to co-host their first ever Asteroid Days event with longtime event organizers Club Astronomique Orion. The three day event was hosted at the University of Abomey-Calavi for their students and anyone looking to learn more about asteroids. 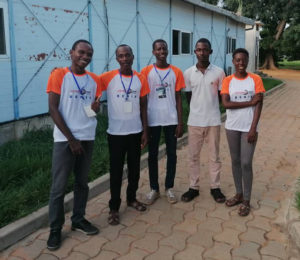 Members of the Sirius Astro-Club.

Activities included lectures about the role of asteroids in the formation of the solar system, the dangers of impacts here on earth and their role on the future exploration of Space. The following days, participants used a telescope to observe impact craters on the Moon and discussed methods on how to protect the Earth from asteroids.

When asked why Prudence supports Asteroid Day, he said that he seeks to demystify asteroids as just planet killers. “With our events, we always let people say what they think about asteroids and how we can protect life on earth from this permanent danger. So if you want to talk with other people, learn how to track asteroids and share your views, just come to our events.“

For their first ever event, the members of Sirius Astro-Club were extremely pleased to observe how participants were so curious and engaged in the topic. For their next edition of Asteroid Day, the Club hopes to plan an event based on the importance of tracking near earth objects and planetary defense.