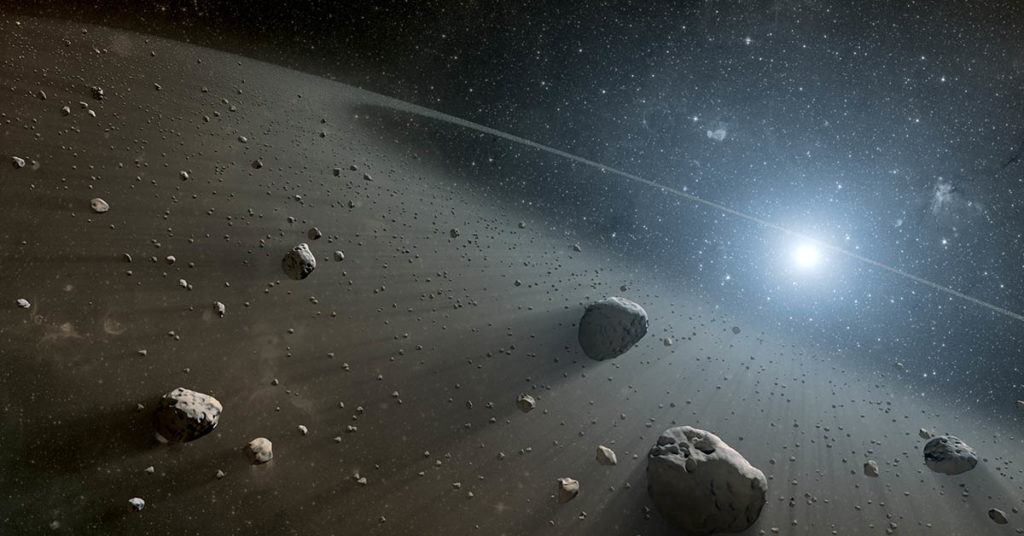 Since it is recognised that the cost of the response to a significant asteroid impact event would be beyond the financial capabilities of an individual country to respond an international geopolitical response is required. Consideration should also be given to a new category of sovereign insurance or macro-insurance. This would inevitably better enable governments to manage the response to disasters. This means that the victims of natural disasters would then be provided with immediate relief without governments having to place substantial liability on public finances. A securitisation programme can also be developed which enables the risks from natural or geo-hazards to be transferred to the capital markets. The payout is calculated on the size of the affected population. The utilisation of public and private partnerships enables governments, development banks and Non Government Organisations to control their finances by using insurance and capital market instruments. The slide below, on the economic cost of natural disasters, emphasises this point. Funding for these disasters was obtained after the event, through increases in taxation, the reallocation of funding from other budgets and by accessing national and international credit or increased borrowing. If another disaster were to occur in the future, such as an asteroid impact event, then it would almost certainly be (needlessly) funded in exactly the same way. 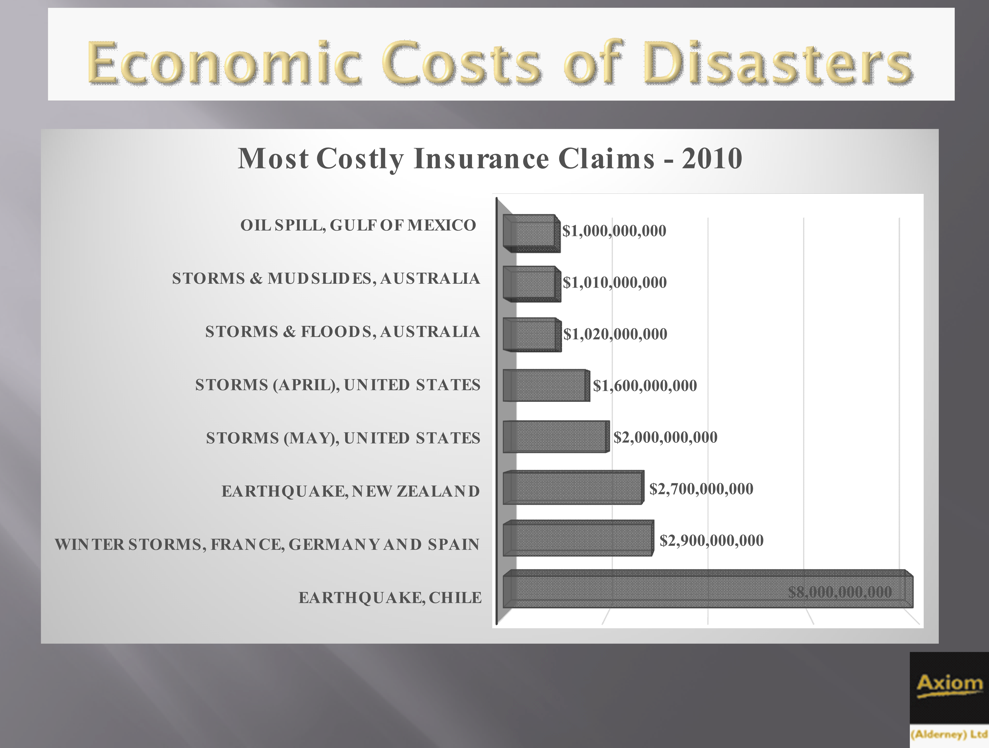 There are financial vulnerabilities which can be compared to the losses experienced in relation to natural hazards. For example, during 2010 the financial impact on the global economy resulting from disasters reached US $222 billion. Approximately 16 per cent of this figure was insured. The costs of these events are detailed within the above table1
Where obtaining political and governmental engagement is concerned, in order to facilitate sovereign insurance or macro-insurance policies, this process may take a little longer. In the UK public discussion first took place on this matter almost fifteen years ago, as a result of the collaboration between Atkinson, H., Tickell, C., and Williams, D., in their “Report of the Task Force on Potentially Hazardous Near Earth Objects2 Procrastination with regard to international financial contingency planning can arguably be attributed to the unlikely nature of an impact event occurring within the lifetime of a parliament or a term of office. As can be seen from the planning in response to previous natural disasters, such as the hundred-year floods, decision making, in terms of risk treatment, was postponed. Furthermore, previous responses to low-probability but high-consequence natural disasters are inconsistent. This can best be exemplified when, during the mid-1980’s, the US Army Corps of Engineers (USACE) modeled a hurricane path, which was subsequently proven to be identical to the exact path Hurricane Katrina would later follow. Despite this prediction being widely communicated and published, it was still not sufficient for the authorities concerned to initiate a comprehensive management framework for the instigation of the required flood control projects. As a result of this, the majority of the low-lying wetland areas in and around New Orleans, which could have been included within the flood protection system, became flooded. Similarly, with the near-Earth object impact hazard, history is in danger of repeating itself unless more geopolitical action is taken as a result of the various representations and recommendations that have already been made to the United Nations. 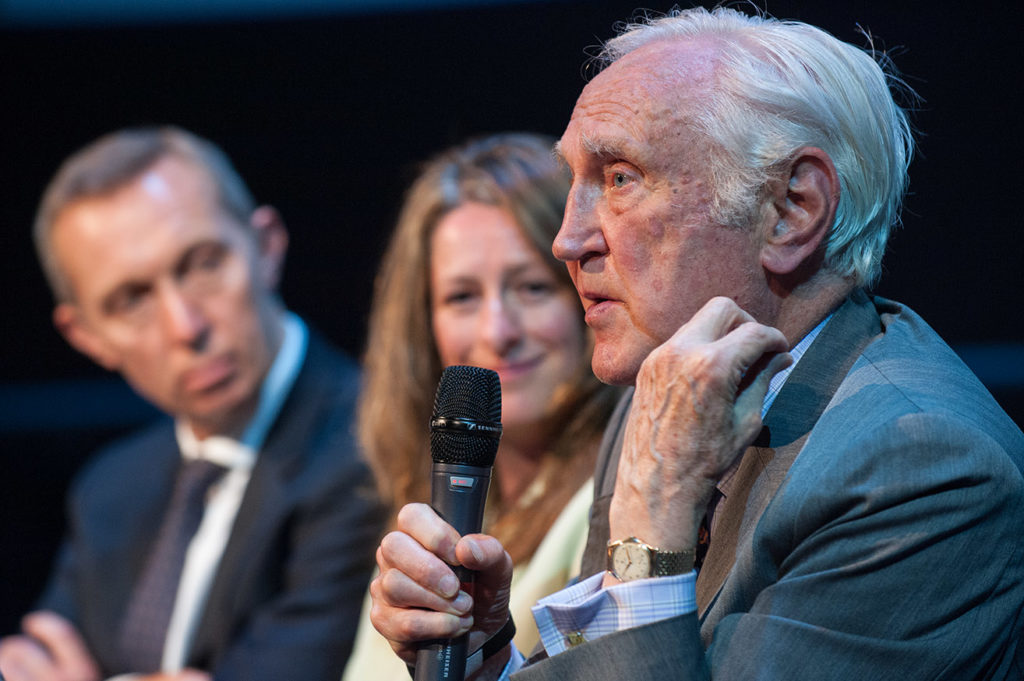 How would you propose to survey and track all NEO of the size of Tunguska?