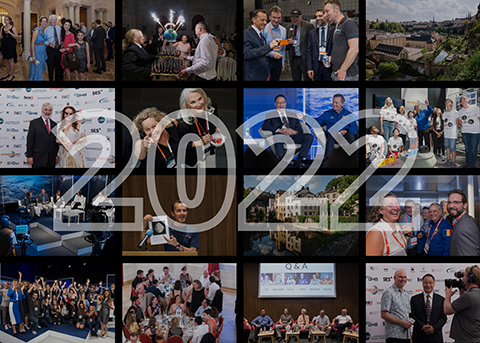 In recent years, astronomers have been bringing small but beautiful samples of asteroids to Earth. Despite their size, analysis shows they are an invaluable link between the meteorite collections on Earth and the wider population of asteroids, unlocking the history of our solar system and giving clues to the future of space exploration.

There are some 50,000 meteorites in museums, universities and other research institutions around the world. Each one is a chip of an asteroid. By sampling a few carefully chosen asteroids in space, researchers can now begin linking meteorites on Earth to these asteroids.

A foretaste of this technique was given by the dust fragments returned from the stony asteroid Itokawa by the Japanese mission Hayabusa in 2011. Most recently, the Hayabusa 2 mission landed samples from carbonaceous asteroid Ryugu in Australia in December 2020. Meanwhile NASA’s OSIRIS-Rex is currently en route back to Earth with samples of Bennu, another ancient carbonaceous asteroid. Those samples are due to arrive next year.

The meteorites also serve as a reminder that occasionally larger chunks of rock don’t just fall to Earth but impact us. The Chelyabinsk meteor, which tore through the skies over Russia on 15 February 2013, was a sobering reminder. It damaged buildings, caused injury, and scattered meteorites over a large area.

Space agencies now take asteroid research extremely seriously. In March 2022, NASA will launch the Near Earth Asteroid Scout mission that will use a solar sail to encounter an asteroid just 20 metres across. In August, NASA will launch Psyche to an asteroid thought to be composed of mostly metal instead of rock. In September, NASA’s DART mission will impact asteroid Dimorphos to test asteroid deflection techniques. Also, this year ESA’s industrial prime contractor OHB will also begin building the Hera spacecraft that will survey the aftermath of the DART deflection test.

Asteroid Day LIVE will be hosted on June 30th and will include interviews and will take our viewers behind the scenes and into laboratories, university departments and space agencies from around the world to highlight the vibrant science and technology that is occurring. In addition guests can attend the Asteroid Technical Briefing on June 29th, Gala Dinner on June 30th and Astronaut Meet & Greet on July 2nd.

In the lead up to June 30th, Asteroid Foundation will be hosting live Space Connects Us events every last Thursday of each month alongside their global partners. Kicking off the series will be scientists dubbed “Asteroid Killers”. Co-hosted by ESA, the live event will take place Thursday, February 24th at 19:00 CET/13:00 ET and will include speakers from both ESA and NASA. Audiences will learn how and why asteroids move on and off the high-risk lists and how the two agencies work together to accurately predict asteroid impacts. Viewers can tune-in to the free virtual event via www.asteroidday.org/watch, YouTube, Twitch, ESA Web TV and get updates on Facebook.

To get notifications on other future events co-hosted with partners such as The Planetary Society, UNIVERSEH, SnT, the Association of Space Explorers, sign up for the Asteroid Day newsletter, follow us on Facebook and check back on asteroidday.org for future announcements.

Asteroid Day has been made possible thanks to partnerships with the Association of Space Explorers, Arendt House, Broadcasting Center Europe (BCE), the B612 Foundation, the European Space Agency, the Luxembourg Chamber of Commerce, the Luxembourg Space Agency, OHB, The Planetary Society, SnT, UNIVERSEH and Twitch.

About Asteroid Day
Asteroid Day is held on 30 June each year to mark the date of Earth’s largest asteroid impact in recorded history, the Siberia Tunguska event. Asteroid Day was co-founded by astrophysicist and famed musician Dr Brian May of the rock group Queen, Apollo 9 astronaut Rusty Schweickart, filmmaker Grig Richters, and B612 President Danica Remy, to educate the public about the importance of asteroids in our history and the role they play in the solar system. In 2016, with the leadership of the Association of Space Explorers (ASE), the United Nations declared Asteroid Day to be a global day of education to raise awareness and promote knowledge in the general public about asteroids. Major events in past years have taken place in London, San Francisco, Washington, DC, Tanzania, Milan and Rimini, Italy; Garching, Germany; and Rio de Janeiro, Brazil; in addition to thousands of events worldwide. Over the past eight years, Asteroid Day has evolved to include the participation of major space organizations such as ESA, NASA, JAXA, Roscosmos and ISRO, as well as prominent scientists, astronomers, educators and media worldwide. Asteroid Day is a programme of the Luxembourg-based nonprofit Asteroid Foundation.

About Asteroid Foundation
Asteroid Foundation was formed in 2017 with a mission to promote worldwide awareness of asteroid opportunities and challenges, and the emerging space economy. The Asteroid Foundation undertakes programmes and activities to support scientists, engineers and students around the world providing free educational tools, newsletters, original articles and resources year round. Annually, the Foundation organizes events surrounding International Asteroid Day, a United Nations recognized day of education and awareness observed on 30 June. Visit their Flickr account to see pictures from previous events. Learn more at asteroidfoundation.org

About B612
B612 is dedicated to protecting Earth from asteroid impacts. It does this by driving forward science and technologies needed to protect the Earth from asteroid impacts through the Asteroid Institute. It educates the public, the scientific community, and world governments about asteroids through programs such as Asteroid Day. Since the organization’s inception in 2002, its work has been carried out entirely through the support of private donors. What started in 2002 as a visionary idea to develop the technology to deflect an asteroid has grown into a world-renowned organization and scientific institute with a key role in the emerging field of planetary defense. www.b612foundation.org

About BCE
Broadcasting Center Europe (BCE) is a European leader in media services, system integration and software development in the areas of television, online video, streaming, radio, production and postproduction, telecommunication and IT. With its extensive experience in the media market, our team provides high-quality services and will always find the solution that matches your project and budget. With more than 200 highly qualified and motivated people, BCE serves about 400 clients in various sectors, such as TV channels, radio stations, film distributors, producers, advertising companies, sports federations, fashion, events, institutions and telecommunications operators.
www.bce.lu

About ESA
The European Space Agency (ESA) is Europe’s gateway to space. Its mission is to shape the development of Europe’s space capability and ensure that investment in space continues to deliver benefits to the citizens of Europe and the world. ESA is an international organisation with 22 Member States. ESA’s programmes are designed to find out more about Earth, its immediate space environment, our Solar System and the Universe, as well as to develop satellite-based technologies and services, and to promote European industries. By coordinating the financial and intellectual resources of its members, it can undertake programmes and activities far beyond the scope of any single European country. http://www.esa.int

About Luxembourg Chamber of Commerce
The main role of the Chamber of Commerce is to protect and promote the interests of businesses and the economy of Luxembourg. To enable it to fulfil this mandate, it has been granted the status of a public establishment, which comes with some significant prerogatives. Since membership of professional businesses is mandatory in Luxembourg, the Chamber of Commerce has high rates of affiliation, with 90,000 member companies, corresponding to 75% of the country’s total salaried employment and 80% of Luxembourg’s GDP, making it the biggest employers’ group in the country. It represents all businesses in Luxembourg except those in the artisanal and agricultural sectors.

About OHB
OHB SE is a European aerospace and technology group and one of the most important independent forces in the European space industry. With more than 40 years of experience in developing and executing innovative space technology systems and projects and a dedicated range of aviation/aerospace and telematics products, the OHB group is superbly positioned for international competition. OHB SE has approx. 3,000 employees in selected ESA member countries, allowing the Group to participate in numerous European programmes and missions.

In the space segment, the OHB group’s activities include development and manufacture of satellites for the whole range of satellite-based applications as well as complex payloads. OHB contributes to the Ariane Launcher programme and is, for instance, working on the exploration of our solar system, with primary focus on Mars, the moon and asteroids. Learn more about the OHB group and its challenging projects: www.ohb.de.

About The Planetary Society
The Planetary Society is the world’s largest independent space-interest organization. Led by CEO Bill Nye and powered by space enthusiasts around the globe, the Society works to advance planetary exploration, the search for life, and planetary defense through education, innovation, advocacy, and global collaboration. Learn more at www.planetary.org.

UNIVERSEH – European Space University for Earth and Humanity
UNIVERSEH – The European Space University for Earth and Humanity is an alliance of the University Fédérale de Toulouse (France), the University of Luxembourg (Luxembourg), Heinrich-Heine-Universität Düsseldorf (Germany), Luleå tekniska universitet (Sweden) and Akademia Górniczo-Hutnicza im. Stanisława Staszica w Krakowie (Poland). The alliance focuses on the development of educational activities and innovative collaborations in the European space sector. Reflecting European values, UNIVERSEH’s objectives are to facilitate mobility and multilingualism, promote student inclusion and diversity, support interdisciplinary programmes, and strengthen pedagogical innovation and entrepreneurship in Europe. UNIVERSEH encourages the thematic mobility of students and teachers, promotes cooperation between higher education institutions and facilitates interaction on issues common to the European education systems. The alliance draws on its expertise, experience and relations with industry and public institutions in the space sector. UNIVERSEH was created in 2020 as part of the Erasmus+ “European Universities” initiative of the European Commission. Together, partners have the potential to reach more than 140,000 students, researchers and staff.