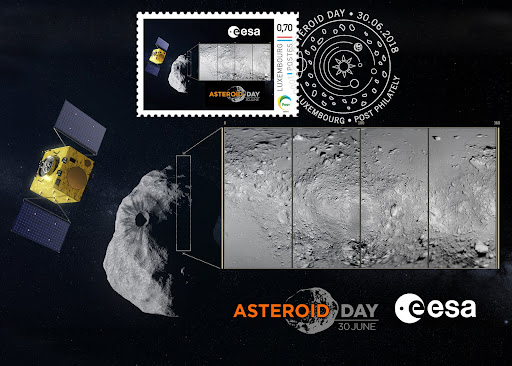 You could say that the partnership between ESA and Asteroid Day was written in the stars, or the asteroid belt. Or you could just call it a no brainer.

“We could see pretty much right away that what Asteroid Day was doing lined up more or less perfectly with what ESA wanted to do. We, too, wanted to do public outreach on the topic of asteroids. So there’s always been strong motivation to support these folks as much as we can because we share the same goals towards the same audiences,” says Daniel Scuka, Communication Officer at the European Space Agency, Darmstadt, Germany.

Daniel has been coordinating ESA’s involvement in Asteroid Day since 2018. Before that it was handled by Ninja Menning, when she was Head of Outreach Communications Unit at ESA’s ESTEC centre, Noordwijk, The Netherlands.

When Asteroid Day began in 2015, it launched with a declaration called the ‘100x’, which called for the rapid acceleration of our ability to detect incoming asteroids. It was signed by myriad astronomers, astronauts and space professionals, including several from ESA. 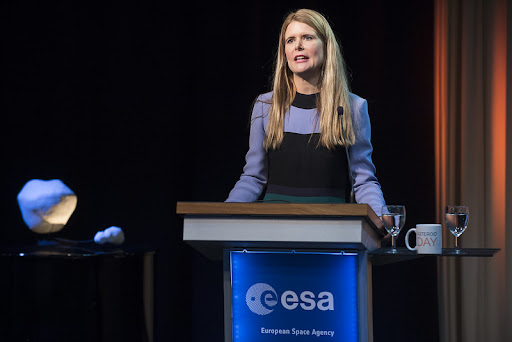 “We could see the credibility of the people who were involved,” says Daniel, “It was a no brainer. Everything lined up perfectly, which is still the case today, broadly speaking.”

ESA partnered with Asteroid Day starting in 2016, and has taken part every year since.

ESA has a history of exploring asteroids and other minor bodies of the solar system. The Rosetta spacecraft launched in 2004 and flew by asteroid Steins in 2008 and Lutetia in 2010 while en route to Comet 67P/Churyumov-Gerasimenko. 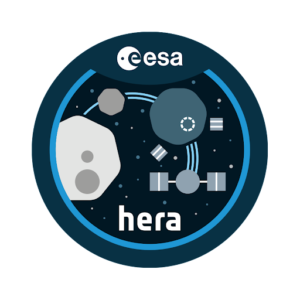 Around the time that Rosetta was launching, ESA’s Advanced Concepts Team was studying a mission to test deflecting an asteroid. Called Don Quijote, the mission consisted of two spacecraft: one to strike the asteroid and the other to study its effects. Although that mission did not proceed as planned, based on those foundations, ESA is now building the Hera spacecraft for launch in 2024. Hera will study the effect of NASA’s DART spacecraft colliding with asteroid Dimorphos, thus achieving the goals of the Don Quijote mission.

In 2018, the ESA communication team got together with the European Southern Observatory (ESO) and transmitted their segment of Asteroid Day from ESO’s brand new visitors’ centre in Garching, just outside Munich, Germany. Those who tuned in to watch the live webcast and listen to the many asteroid experts that both organisations had on hand were said to notice something much more primitive appear on their screens. 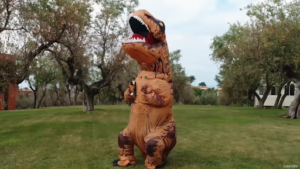 “One of the ESO communication colleagues dressed up in a dinosaur suit. When we were talking about some of the things that happened in the past, we would have the dinosaur guy run behind. It made for fun visuals. On social media, people would say, ‘Hey, was there a dinosaur?’ For sure, it was the most fun we have had with an Asteroid Day production,” says Daniel.

And while it was only five or six years ago that ESA got involved, times have changed rapidly for the public perception of asteroids. What began as an academic subject for dedicated researchers at ESA has now exploded into the public consciousness.

“What we’ve seen in Europe, across languages, is a widening, and the maturity of a community of people who want to learn about, talk about and ultimately understand asteroids, both as a fascinating scientific topic and a risk to humans,” says ESA’s Detlef Koschny.

For example, in the past, ESA did not have a ‘Planetary Defence Officer’ — it was not the Agency’s style to have such titled roles. Now, however, that role is filled by Detlef, a 25-year veteran of the Agency. Part of his job is to provide trustworthy commentary to the media about asteroids and the risk they pose to Earth.

“That’s been an evolution in the culture of both ESA and Europe,” says Detlef. “We see that we must become more proactive towards not only scientific audiences but also the general public to ensure that messages on asteroid risks are widely understood. If that means adopting our style to meet public expectations, that’s fine for us – whatever’s needed to inform and educate citizens.”

Once space seemed like a remote realm, a place far removed from most daily life. Organisations like ESA explored space, but the connection to most people’s lives was limited to fascination and inspiration. Today, the crucial role of spaceflight in modern society has changed dramatically and continues to evolve rapidly. Most people on the planet ‘use space’ – and services like navigation, telecommunication and real-time weather data – every day, in one way or another.

“In the popular imagination, space was once a ‘way-the-heck-out-there’ someplace and had no connection to the average citizen. I think nowadays people do feel quite a bit more connection to it,” says Daniel. 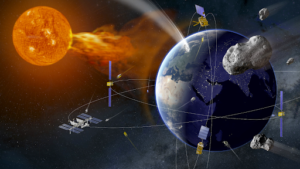 As a consequence, people are growing more aware of other space-related topics that have a direct bearing to life on Earth. For instance: space weather and space debris. “Awareness in the wider community is increasing the number of average citizens who will follow these topics, are passionate about them and want to do something about the hazards they pose,” says Daniel.

All of which makes his role of communicating with the public simultaneously easier and yet more demanding. There is a growing hunger for these subjects, and the partnership with Asteroid Day provides real value to the agency.

In conclusion, Daniel says, “Today, nobody even thinks for a second, ‘Why do we work with asteroidday.org? Why do we promote asteroids?’ It’s just obvious. It’s a sine qua non. It’s exactly what we should be doing because this is a very important topic.”