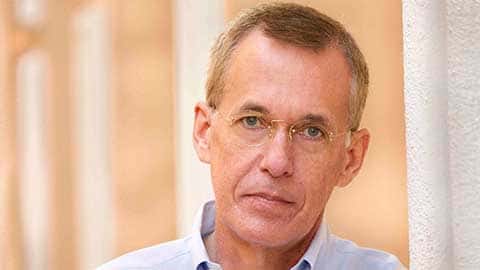 Geoffrey Baehr is a General Partner at Almaz Capital investing in areas ranging from security and networking to analytics and big data technologies.

He led the firm’s investment in Vyatta, which was acquired by Brocade in 2012, as well as investments in Sensity, Cinarra, GridGain and Content Analytics where he currently holds board seats. Geoffrey is currently working on Software Defined platforms and networks and data analytics applied to the Internet of Things. He is also working on the scaling, management and control of virtualized infrastructure.

Geoffrey is on a panel of reviewers for computer science related proposals and is a member of the IEEE (Institute of Electrical and Electronics Engineers) and ACM (Association for Computing Machinery).

Geoffrey served from 1988-2000 as Chief Network Officer for Sun Microsystems responsible for technical and strategic network directions. During his tenure at Sun, he developed advanced technical products and, with his team, obtained more than one dozen patents.

He earned a BA in Biochemistry and Natural Sciences from Fordham University.