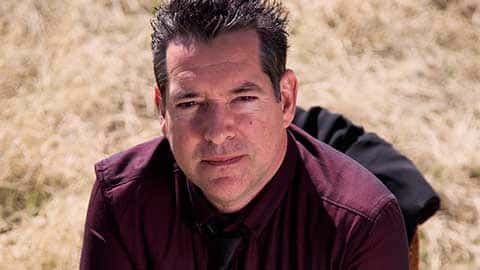 Geoff Notkin was a featured speaker at the first Asteroid Day in 2015.

Geoff is also an internationally recognized authority on meteorites and the president of Aerolite Meteorites, Inc., the world’s largest commercial meteorite company and a leader in space rock recovery and research. He has found space rocks on four continents and worked with the world’s top institutions. The minor planet 139204, discovered at Mount Palomar, was named after Geoff in recognition of his contributions to science and education.

Geoff is also an award-winning author of several books including Meteorite Hunting: How to Find Treasure From Space, the autobiography Rock Star: Adventures of a Meteorite Man, an art memoir My Incredibly Strange and Amazing Real-Life Adventures in the World of Comic Books, and hundreds of articles on meteoritics, paleontology, technology, history, travel and the arts.

Also an accomplished art director, photographer, and musician, Geoff has worked with numerous leading lights in music and the graphic arts. He is a graduate of New York’s School of Visual Arts and has recorded and performed with visionary singer/songwriter Lach, as well as members of the Bongos, Washington Squares, Band of Susans, Television, Voice of the Beehive, and many other influential musicians.