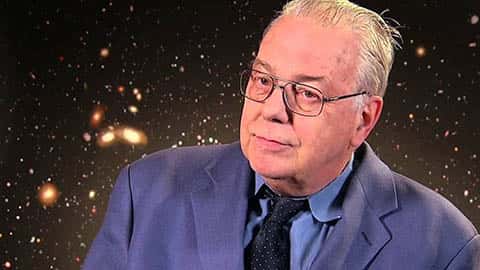 David Morrison is the Senior Scientist of the new Solar System Exploration Research Virtual Institute (SSERVI), located in the NASA Research Park at Ames Research Center. The Lunar Science Institute will link competitively-selected science teams across the nation working together to help lead the agency’s research activities related to NASA’s lunar exploration goals. SSERVI research includes studies of the Moon (including lunar samples), from the Moon, and/or on the Moon. Morrison also continues as the Senior Scientist at the NASA Astrobiology Institute, where he participates in a variety of research programs in astrobiology — the study of the living universe. From 1996-2001 he was the Director of Astrobiology and Space Research at Ames, managing research programs in the space, life, and earth sciences.Dr. Morrison received his Ph.D. in astronomy from Harvard University and has spent most of his career working in planetary science. Prior to joining NASA he was Professor of Astronomy at the University of Hawaii, where he also directed the 3-meter NASA Infrared Telescope Facility of Mauna Kea Observatory and served for two years as University Vice Chancellor for Research. He has been an investigator on the Mariner 10, Voyager, CRAF, Galileo, and Kepler space missions. Internationally known for his research on the solar system, he is the author of more than 155 technical papers and has published a dozen books, including the leading undergraduate college text in planetary science. His research accomplishments include demonstration of the uniform high surface temperature of Venus, the discovery that Neptune has a large internal heat source while its “twin” Uranus does not, determination of the surface composition of Pluto (methane ice), first ground-based measurements of the heat flow from Jupiter’s volcanic moon Io, discovery of the fundamental division of the asteroids into dark (primitive) and light (stony) classes, and the first quantitative estimate of the cosmic impact hazard. As a founder of the multidisciplinary field of astrobiology, Morrison was also co-chair of the first NASA Astrobiology Roadmap workshop and report.