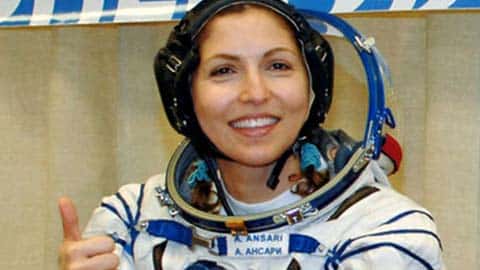 Anousheh Ansari was the first female private space explorer and the first astronaut of Iranian descent. She blasted off for an eight-day expedition aboard the International Space Station as part of the Expedition 14 crew of the Soyuz TMA-9.

While in space, Anousheh wrote a blog that invited readers to share her experience. The blog captured international attention. Her personal website and her blog site garnered more than 50 million hits from readers around the world.

Back on Earth, as a successful serial entrepreneur, Anousheh returned to her job as co-founder and chairman of her latest technology company. An active proponent of world-changing technologies and social entrepreneurship, Anousheh has dreamed of space exploration since childhood. Her family provided the title sponsorship for the Ansari X Prize, a $10 million cash award for the first non-governmental organization to launch a reusable manned spacecraft into space twice within two weeks.

Anousheh is a member of the X Prize Foundation’s Vision Circle, as well as its Board of Trustees. She is a life member in the Association of Space Explorers and on the advisory board of the Teacher’s in Space project. She has received multiple honors, including the World Economic Forum Young Global Leader 2007, DFW International Community Alliance Hall of Fame award, the Working Woman’s National Entrepreneurial Excellence Award, George Mason University’s Entrepreneurial Excellence Award, George Washington University’s Distinguished Alumni Achievement Award, and the Ernst & Young Entrepreneur of the Year Award for Southwest Region. While under her leadership, Telecom Technologies earned recognition as one of Inc. magazine’s 500 fastest-growing companies and Deloitte & Touche’s Fast 500 technology companies.

Anousheh has served on the boards of not-for-profit organizations such as Make-a-Wish Foundation of North Texas and Collin County Children’s Advocacy Center. She currently works to enable social entrepreneurs to bring about radical change globally, with organizations such as ASHOKA, which supports social entrepreneurship around the world, including the Middle East and Central Asia.