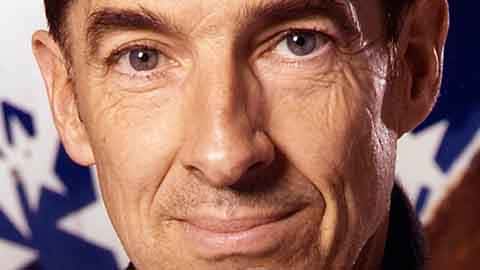 Brian Binnie is a Program Business Manager and Test Pilot at Scaled Composites. He has 21 years flight test experience including 20 years of Naval Service in the Strike-Fighter community. He has logged over 4600 hours of flight time in 59 different aircraft and is a licensed Airline Transport Pilot.

He is a member of the Society of Experimental Test Pilots and a published member of the American Institute of Aeronautics and Astronautics.

* Completed for the ROTON: Hazard Analysis / Aircrew Checklists / Normal & Emergency Procedures
* Conducted Flight Test / Developed Operational Flight Procedures (Tactics) / Provided Fleet Training (1 to 5 day course) for F/A-18 and AV-8B EW Suites.
* Expanded curriculum to include Foreign Military Customers and provided in-country training to Finland, Malaysia and Italy
* Wrote all the operational checklist and provided the Fleet Tactics Manual for the TSSAM Weapon System
* Planned and executed the first (and only) radar chase of the Tomahawk cruise missile to demonstrate more effective surface fleet training
* Prepared and briefed the Australian Air Force on new Operational Flight Software for their F/A-18 aircraft
written during the time of the Tier One program.