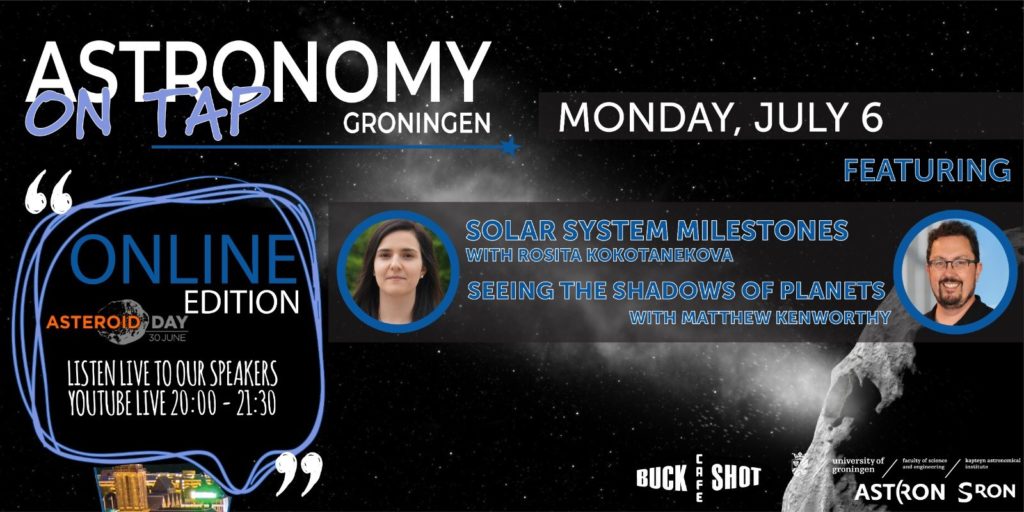 Astronomy on Tap Groningen is a global organisation that began in New York City in 2014. Now stretching around the world, each Astronomy on Tap event features talks, quizzes and games by professional astronomers and educators that take place in the informal setting of a local bar.

Groningen joined the global AoT family after a try-out event in June 2019.  Hosting the event was the idea of enthusiastic astronomy PhD students who wanted to share their knowledge, and make their pub outings more intellectual!

They chose to base their try-out event around Asteroid Day because one of their team members, Dr Kateryna Frantseva from University of Groningen, is an asteroid scientist and had organised a successful Asteroid Day event the year before in 2018. 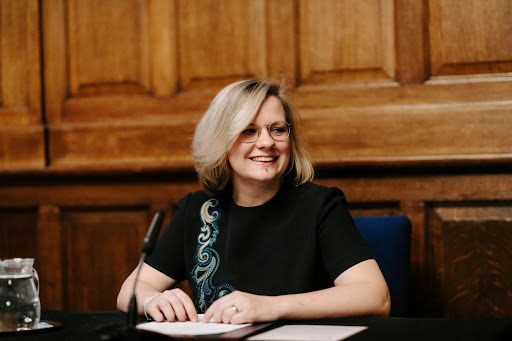 Kateryna is a postdoctoral research fellow at the University of Groningen. She is an enthusiastic planetary science researcher and lecturer passionate about science communication. Her research is focused on studying the dynamics of minor bodies, such as asteroids and comets, in the Solar System and around other stars. Kateryna is interested in understanding the role of these minor bodies in delivery of various materials to planets.

“We believe that it is important to raise awareness about Asteroids, what they are, how harmful they can be, but also how much influence they have in the way our world and other worlds evolve,” says Kateryna.

2019’s event had taken the shape of a public talk and a pub quiz. During the event they also showed the audience a collection of meteorites that they had borrowed from the local university museum. It was such a success again that the group officially joined Astronomy on Tap in September so that they could present different aspects of astronomy throughout the year.

This year, the events – including the one for Asteroid Day 2020 –  moved online because of the pandemic but the target audience remained the same. “Before the lockdown, our events were targeted at people who live in Groningen, are interested in astronomy but do not necessarily have a science background, and who like to go to a pub for a pint,” says Kateryna. Being online for now means that the audience is no longer limited to people living in Groningen.

They hope in future to return to in-person live events because one of the things that appeals to their audience is the ability to chat to the guest speakers in the informal setting of a pub.

The hosts also get a big kick out of the evening. When asked what she enjoys most about hosting the events, Kateryna says, “Seeing people getting curious and excited about different areas of astronomy.”

Here at Asteroid Day we know how that feels too!