B612 Foundation is an organization dedicated to the protection of Earth from asteroid impacts. It was formed 19 years ago following a workshop at the NASA Johnson Space Center in Houston, Texas, that gathered together around 20 asteroid experts to discuss the mechanics of Planetary Defense. 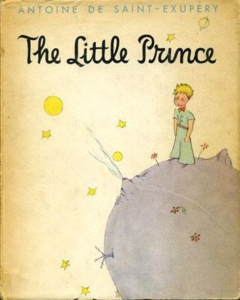 The organizers of that workshop were astronaut and physicist Ed Lu,  and Dutch astrophysicist Piet Hut. There was enough interest generated from the event that together with former Apollo astronaut Rusty Schweickart (one of the Asteroid Day Co-founders)  and planetary scientist Clark Chapman, the four of them began the B612 non-profit organisation.

The name comes from the Antoine de Saint-Exupéry’s classic novella The Little Prince, in which the titular character lives on a small asteroid called B612.

B612 has put together a world class team of astrodynamicists, who have developed one of the organisation’s most important project: the Asteroid Decision Analysis and Mapping (ADAM) platform. ADAM is project of the B612 Asteroid Institute.

ADAM  is an online astrodynamics, cloud-based platform that allows people to easily access space location information and to run astrodynamics functions through standard Application Programming Interface (API) calls. This allows deep space astrodynamics calculations to be carried out quickly and ‘at scale’.

“We are building a dynamic four dimensional space map that will be a broadly accessible platform for mapping and navigating the Solar System,” says Lu.

The motivation for the platform is that there is no easy way currently to calculate and analyze deep space trajectories ‘at scale’, to easily access real time orbital information on solar system objects, or to simply convert between different coordinate systems and to share results, analyses and projects.

“ADAM will be usable by  many, it will make sharing and collaboration simple, it will be easy to interact with,  and because it’s run on the cloud, it will be able to do deep space astrodynamics calculations at scale.  All while “showing our work” through open source algorithms,” says Lu.

One application for this software will be analysing the asteroid data expected from the Vera Rubin Observatory’s  Legacy Survey of Space and Time (LSST). In a few years, Rubin will increase the discovery rate of Near Earth Asteroids by more than a factor of 10.

“We are using ADAM to calculate how the probability of impact varies with time for the population of impactors, and the distribution of warning times we can expect,” says Lu.

The organisation is also committed to outreach efforts, and educating the public about asteroids – and not just because of the threat they pose. “Asteroids are interesting because they tell us about the formation and evolution of our Solar System, because they are energetically easy to reach with spacecraft, are potential sources of space resources, and because they sometimes hit the Earth with bad effect!” says Lu.

In 2015, B612 and the California Academy of Sciences (both founding partners of Asteroid Day) hosted the first globally broadcast Asteroid Day.

Watch Dr Ed Lu speak on B612’s goals in this interview with Ryan Wyatt and here on Asteroid Day LIVE 2020.

LEARN – How Do We Explore Asteroids?