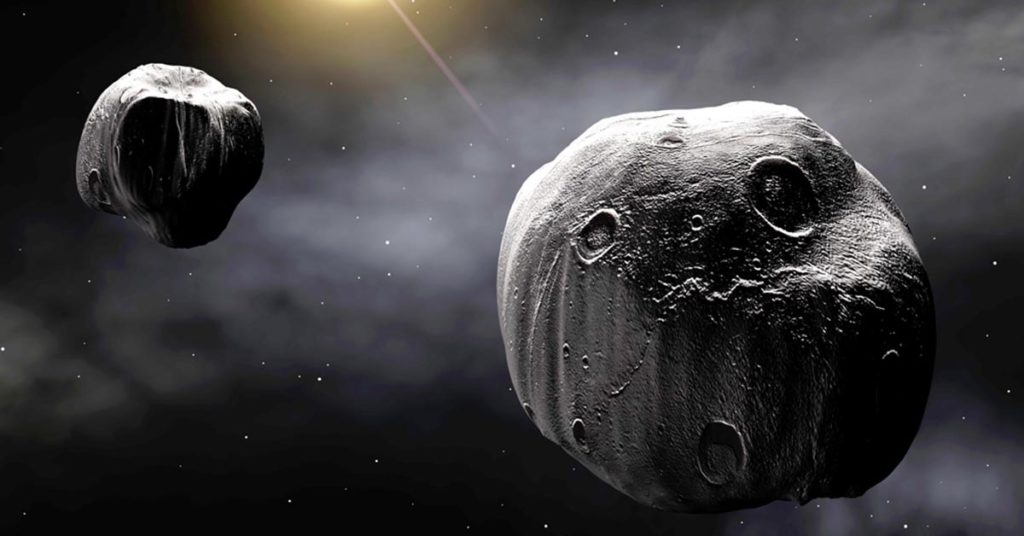 This article appeared in Boulder Weekly which is not affiliated with Asteroid Day.

In December 2004, astronomers in Arizona discovered an asteroid the size of a cruise ship that appeared to be on a collision course with Earth. Initial observations of the space rock, known as Apophis, suggested that it had a very good chance of striking our planet in 2029. Later measurements ruled out this impact but left open the possibility of a near miss in 2029 that would change the orbit slightly for a direct hit in 2036. Thankfully, NASA continued to track Apophis and has now eliminated the possibility of an impact anytime soon.

Predicting the path of an asteroid is a bit like forecasting the trajectory of a hurricane. At any moment in time, we can measure the position, speed, and direction of motion. There are always uncertainties in each of these measurements.

Projecting forward in time, the range of possible locations only expands, leading to the cone-like forecasts issued by the National Hurricane Center. There is value in providing advance warning to potentially affected areas, even as new observations gradually refine the predictions. Just as changing conditions in the atmosphere and ocean can alter the path of a hurricane, gravitational tugs from the planets can modify the orbit of an asteroid. So continued tracking of potential threats is highly recommended.

“My own take on this is that protecting the planet is a long-term commitment,” says Marc Buie, a staff scientist at Southwest Research Institute in downtown Boulder. Buie relocated to Colorado in 2008 after working for 17 years at Lowell Observatory in Flagstaff, Arizona. During his career, he’s helped discover thousands of objects in all parts of the solar system.