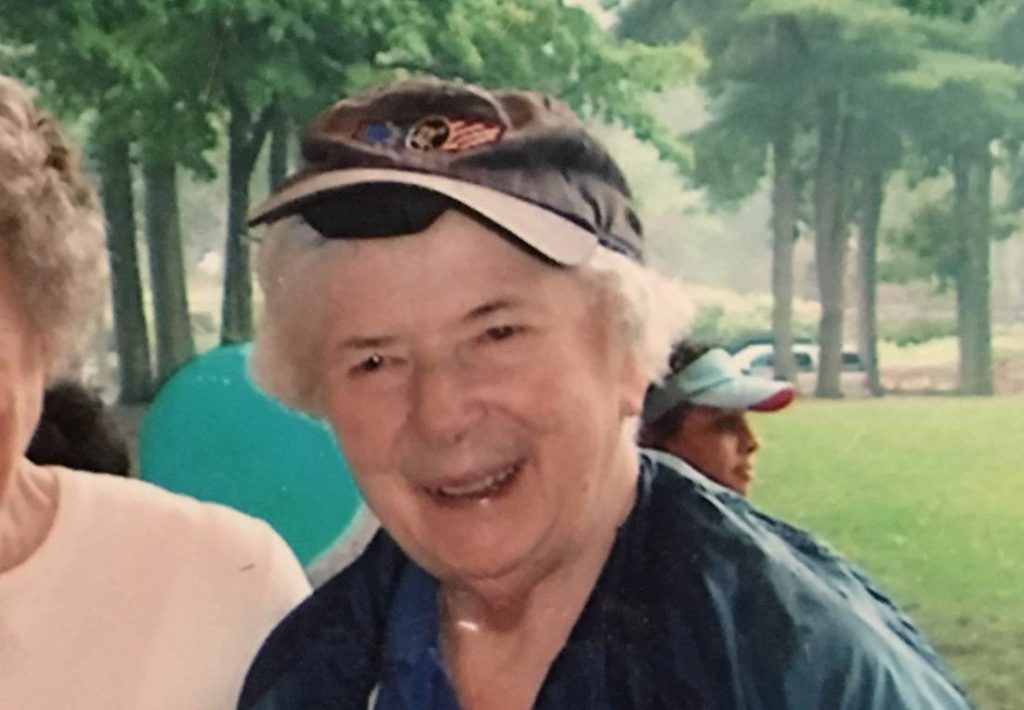 This article was written by Marc Dantonio for the Huffington Post.

I remember once a number of years ago when a relative in my family, a Catholic Nun named Florence showed up at my home as she usually did on a Thanksgiving for dinner. Florence was part of a group called Sisters of Mercy and as such had ditched the traditional Nun’s black and white “habit” years ago. She was in street clothes for as long as I knew her.

Not religious at all, I still felt I had to keep any bad language in check out of respect and tried my best but occasionally a bad word, usually in excitement about my science, would sneak out. Instead of feeling condemned to the depths of the ‘bad place’ Florence would smile of understanding.

On this particular Thanksgiving a few years ago, Florence brought a guest, an unassuming typical “little old lady,” also a Sister of Mercy like Florence, named Mary Ellen Murphy. Florence told Mary Ellen how I was an Astronomer and since she too had an interest in the science that maybe she would have some questions for me. I was happy to do so but felt I now had to be extra careful with any bad language slip-ups.

And thus begins the oddest possible story that I could have EVER imagined.

I told Mary Ellen (as I always had referred to her) I can go print out some high res images taken by the Hubble Space Telescope and annotate them for her if she liked. She said that would be wonderful. So off I went downstairs to my computer lab/office and started printing and annotating. I was making sure to keep my language on the annotations easy to understand. I didnt realize it at the time but I was about to be completely blindsided.

An hour later I proudly came upstairs, and at the kitchen table that I sit at every morning, I set the pictures in front of Mary Ellen and she “ooooohhh-d” and “aaaaaahhh-d” at them … Mission accomplished, I thought. I proceeded to use my “speaker’s voice” as I told her about a Planetary Nebula photo, so called because early explorers of the Universe wanted to uniquely identify them as NOT being planets for categorization.

I sat for over 30 minutes explaining how “stars work” to her as she sat in apparent wonder. I mentioned how a star near the end of its life stops its normal process, fusing hydrogen atoms into helium, and at one point starts fusing helium into further heavier elements which we now see on our Periodic Table of the Elements. I told her how that Periodic Table and nearly every element in it was created at some time in the past within the cores of the stars. Then at some point, these elements were given back to the Interstellar Medium via several processes.

First, with massive stars, there might be a catastrophic explosion called a Supernova that disperses the star’s contents to the Universe. Second were these Planetary Nebulae like in this photo I was showing her which slowly slough off their outer layers releasing these heavier elements to the Universe.

I thought I was doing pretty good. Florence sat there smiling and Mary Ellen was staring at the nicely printed imagery that I put on 8×10 photographic paper. I thought at one point I might have lost her as I was explaining that the normal star process is called the proton-proton reaction and required temperatures and pressures that were exceedingly high.

I also mentioned that this “energy of the stars” is something we are actively pursuing as an energy source and perhaps very soon we would reach what is called the “break even” point where we would get out of the reaction at least the energy we had to put into it. Currently, we put more energy into the reaction than we get out but fusion is highly promising, I told her.

At this point in my mini-lecture to Mary Ellen, Florence started smiling wider and wider involving her eyes and exercising her well-worn laugh wrinkles. I noticed this and as Mary Ellen was sitting scrutinizing the photos, I asked Florence why she was so smiley.

She said in the nicest way possible, “I don’t know how to tell you this but Mary Ellen is an Astrophysicist!” I immediately looked at Mary Ellen, and lost all decorum loudly exclaiming, “Holy s**t, really?!” – which prompted a chuckle from both of them.

Mary Ellen, caught off guard by Florence, smiled and said, “Well yes, I am but I am really enjoying your discussion about the Hubble and all these cosmic marvels.”

I didn’t hear any of that. I just heard that I was “lecturing” a Ph.D. Astrophysicist on the very topic that was her specialty. You can imagine how silly I felt. She didnt stop me and she didn’t say, “I know” once! I said that it was amazing that I had her here in my home. I asked her what she did at Goddard and in her career.

She started slowly recalling her past as if it was simply a mediocre story. It was anything but. She received her Bachelors in Chemistry with honors, received her Masters of Science degree from the University where I obtained my Astronomy degree, and a Ph.D. from Fordham University after that in Chemistry. And that was just the beginning.

She analyzed the moon rocks from Apollo 11, consulted on the Viking Mars missions, and at Goddard was the visiting scientist in the Laboratory of Extraterrestrial Physics on the Near Earth Asteroid Rendezvous Team (NEAR) … You may recall the NEAR project culminated with the “soft” landing of a probe on an asteroid for the first time in human history. And the team had a Catholic Nun aboard for it. And by the way, she had two patents! NEAR probe 250m above asteroid Eros

I had always wondered how Mary Ellen could blend the religious dogma of Catholicism with the science that she used to decipher the very fabric of the Universe. Her attitude encompassed a far more modern approach to religion. This past July 2016 Mary Ellen passed away. I am not very religious at all but do feel that she should be celebrated and immortalized for her work in astrophysics.

To that end, the OSIRIS-REx satellite is scheduled for launch as early as September 3, 2016, and is slated to rendezvous with asteroid Bennu on August 2018. It will match speed with the asteroid and perform a touch and go sample mission sometime in late 2019, grabbing surface regolith or soil from Bennu. Then the satellite will return to Earth with the sample.

And Mary Ellen will be there. When NASA called for imagery and data from the general public, I submitted a photo of Mary Ellen for inclusion on a microchip aboard OSIRIS-REx. Mary Ellen will be missed but her recognition will last thousands of years because after jettisoning the sample return canister at Earth, the main spacecraft will enter a stable orbit around the Sun where it will remain for… well… eternity.

I am not very religious as I said, but that is a pretty cool epitaph.

Learn more about OSIRIS-REx at http://www.asteroidmission.org/