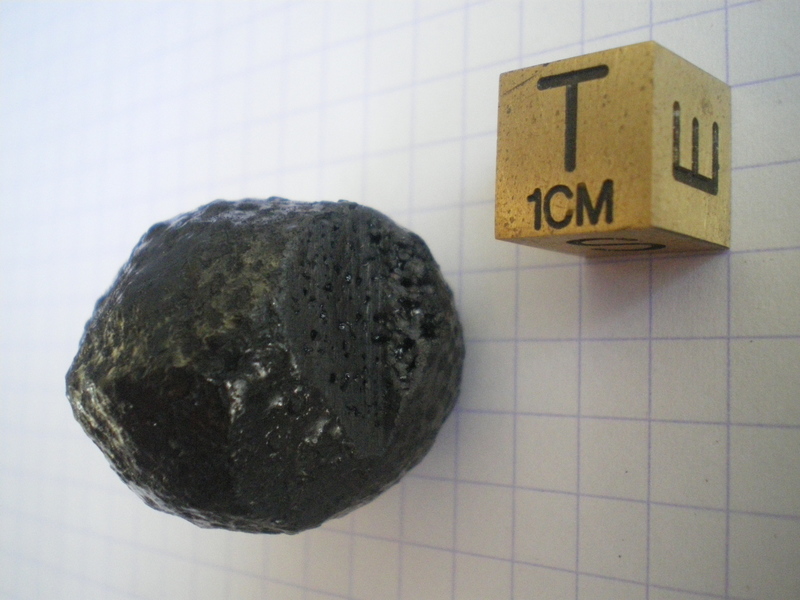 This article was written by Sarah Laskow for Atlasobscura.com which is not affiliated with Asteroid Day.

One winter night in 2012, in a small Spanish city not far from Barcelona, a 10-year-old girl saw something streak through the sky and fall to Earth. The object, whatever it was, was glowing.

The little girl waited, until she could pick the object up and bring it home. She showed it to her relatives, and they wondered. Where had this object had come from? What exactly was it that had fallen from the sky?

The family brought the girl’s discovery to a local museum. They were directed to an astronomical organization, who handed the object to the Institute of Space Sciences. To the scientists there, who specialize in studying meteorites, one thing was immediately clear. This object, round, black and rock-like, was not a meteorite.
If it were a meteorite, it would have been heavier. The scientists were intrigued. “The sample was so weird and challenging we decided to study it carefully,” they wrote, in a report presented at the Lunar and Planetary Science Conference (from which the details above are drawn).

The scientists wanted to preserve the object, but they needed to know what it was made of. They sliced into one corner, to obtain thin sections of the material. When they saw the interior, they were even more certain it was not a meteorite. First, it didn’t look like the interior of “any known meteorite,” they wrote. Also, it had bubbles inside.

Is it just me, or are asteroids more dangerous than they used to be?