Hayabusa2 returns after a successful mission! The spacecraft, presented by JAXA, has been following asteroid Ryugu closely in observation since 2014. Having already completed a brief landing in February of 2019, JAXA’s team concluded it was safe to proceed with a second landing, based a probe into the rock and proceeded to collect samples for study. 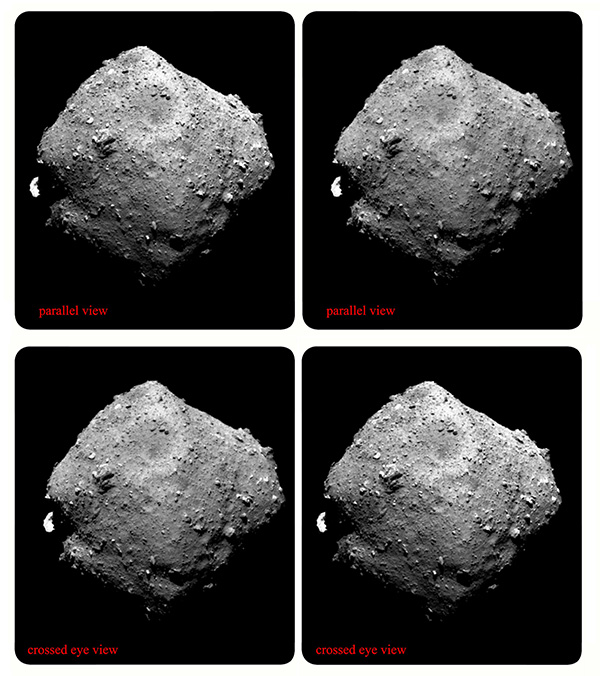 Four views of Ryugu’s other hemisphere. Credit: JAXA/Hayabusa2/Claudia Manzoni/Brian May

The purpose of creating a crater in the asteroid was to dig deeper into the surface where scientists learn more about the origins of the universe. Asteroid Ryugu is made up of carbon molecules, which are the building blocks for organic matter.

“(Asteroids) contain some almost pristine compounds that help tell what the early solar system was like 4.5 billion years ago.” – Michael Roston, “ Japan’s Hayabusa2 Spacecraft Lands on Asteroid It Blasted a Hole In” New York Times.

For more on the Hayabusa2 visit: