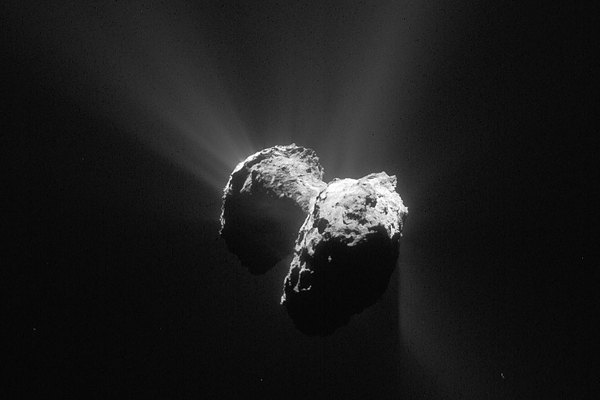 This article was published by the European Space Agency, an official Asteroid Day partner.

Ingredients regarded as crucial for the origin of life on Earth have been discovered at the comet that ESA’s Rosetta spacecraft has been probing for almost two years.

They include the amino acid glycine, which is commonly found in proteins, and phosphorus, a key component of DNA and cell membranes.

Scientists have long debated the important possibility that water and organic molecules were brought by asteroids and comets to the young Earth after it cooled following its formation, providing some of the key building blocks for the emergence of life.

While some comets and asteroids are already known to have water with a composition like that of Earth’s oceans, Rosetta found a significant difference at its comet – fuelling the debate on their role in the origin of Earth’s water.

But new results reveal that comets nevertheless had the potential to deliver ingredients critical to establish life as we know it. 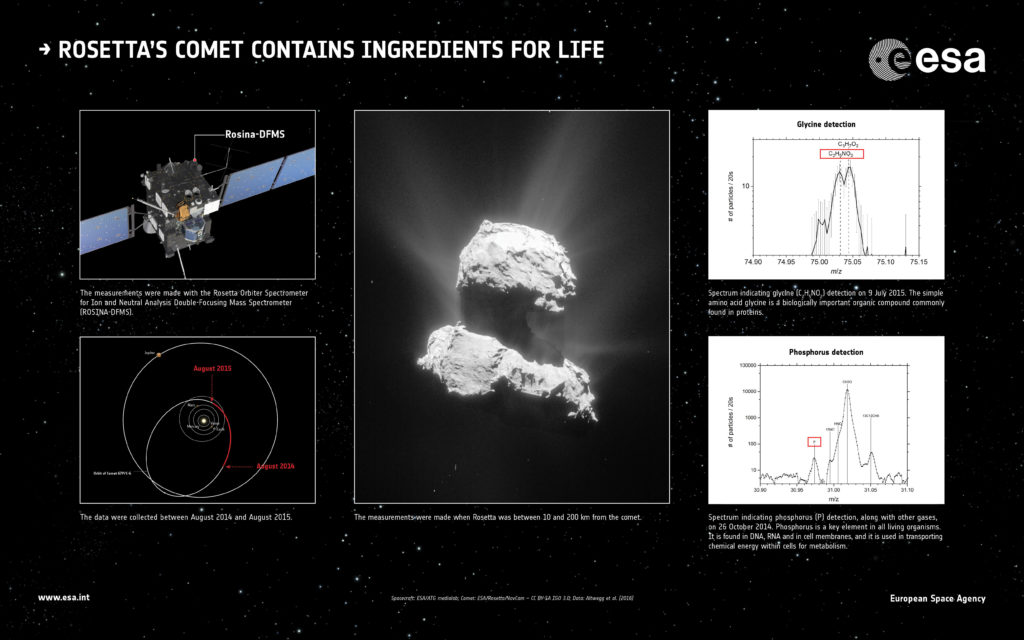 Asteroid Day Logos Ready for Use