Asteroids In Hollywood: An Education

With the holidays just around the corner, children are out of school on break, people are busy with travel and celebration. Next to family time and eating too much, comes a great holiday tradition: movie watching.

Consider hosting this season’s Asteroid Day event in front of the big screen to engage with viewers about the role of asteroids in some of these popular science fiction films. 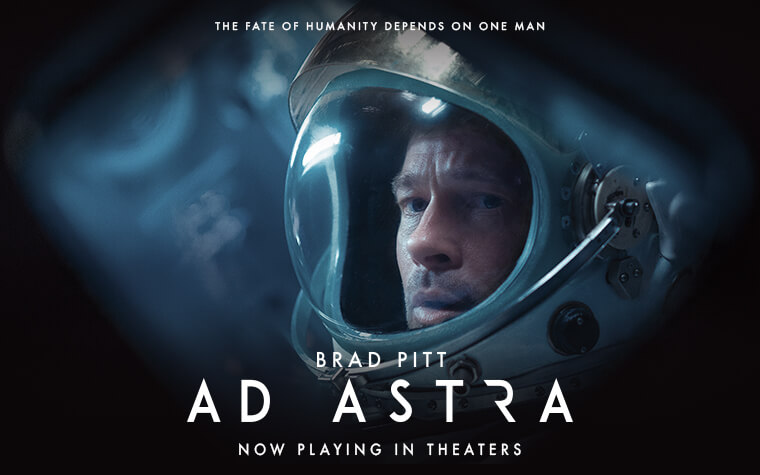 In the newly released movie AD ASTRA, starring Brad Pitt and Tommy Lee Jones, a brave astronaut’s journey into deep space to visit Neptune and solve the mystery of his missing father. While the movie is that of science fiction, it depicts scientifically accurate images of space and specifically asteroid impacts.

In one scene from the film, viewers observe a lunar surface covered in impact craters from asteroids. Consider pausing the movie here and have a quick discussion about this landscape.

Ask your viewers:
Why doesn’t the surface of the Earth look like this lunar landscape?
How large would an asteroid or meteoroid have to be to generate craters this size?
Would mankind be able to survive the impact of such celestial bodies without some form of defense?

When hosting a movie viewing think of general concepts and questions to engage with views. Some ideas are:
How might have Project Icarus inspired content in contemporary asteroid movies?
What would be the effect of using nuclear weapons to deflect asteroids? Are there more efficient methods in modern science?
How can we look at real-life asteroid missions (Galileo, NEAR Shoemaker, Rosetta and Hayabusa 2) in relation to the film? Do details of these fictional space missions make any sense?
Are the films true to the laws of physics? How could these films potentially improve?