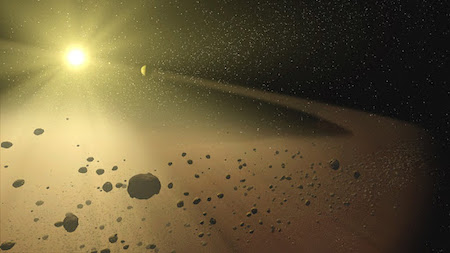 Learning Objective: To understand why studying asteroids helps us understand the formation of the Solar System.

Asteroids are scientifically invaluable because they can tell us about the formation of the Solar System.  This is because the Sun, the Earth and the many other bodies of the Solar System all formed more or less simultaneously 4.6 billion years ago. Back then, a huge cloud of dust and gas known as the solar nebula contained all of the matter that would become the planets. As gravity pulled it together, the Sun formed at its centre, while the rest clumped together to produce many billions of small bodies called planetesimals. The planetesimals that were not incorporated into moons and planets are known today as asteroids.

After their formation, the planetesimals gradually collided together to become the planets, including Earth,  and moons of our solar system. But not all the planetesimals were used up in this process. Some were ushered into stable orbits by the gravity of the largest planet, Jupiter. Held in place by Jupiter, these planetesimals did not collide with each other and so did not build another planet. This collection is what we now call the asteroid belt.

The asteroids, as we now call them, are either those original planetesimals, which have remained largely untouched since the dawn of the Solar System, or fragments of that original population. The fragments are produced when the planetesimals collide at high velocity, and instead of clumping together they shatter.

While most asteroids are found in the asteroid belt, not all of them are confined to it. Some have orbits that bring them near to the Earth.

The composition of asteroids is extremely varied but falls into three main types: 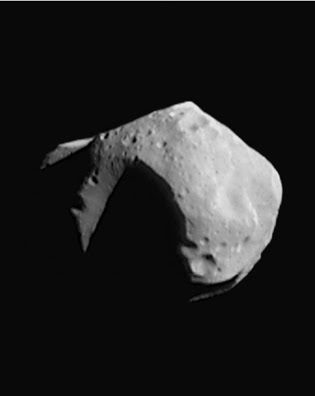 So when scientists study asteroids, they are seeing what the Earth and the other planets formed from 4.6 billion years ago. It is like the asteroids are time capsules back to that early time.