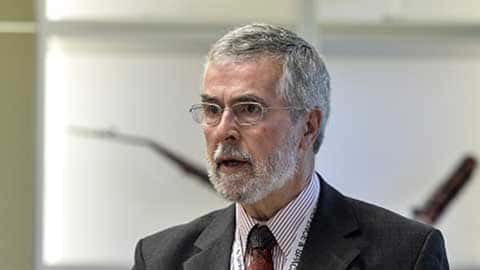 Richard Tremayne-Smith was the former head of Space Environment and International Relations at what is now the UK Space Agency (UKSA). Through the 1990s to date, Mr Tremayne-Smith worked on a wide range of space-related areas that included space transportation and propulsion, manned spaceflight, small satellites (MOSAIC Programme), international relations and United Nations issues, as well as the space environment with emphasis on orbital debris, near Earth objects (NEOs) and space surveillance issues. He has provided technical support to the UK licensing process; initiated review of the implementation of the UK Outer Space Act and has taken it forward with due account for provisions of the outer space treaties and principles.

During the 1970s and 1980s, Mr. Tremayne-Smith worked on scientific computer systems and research leading to European projects on advanced architectures; the scope of work included parallel, artificial intelligence (AI) and knowledge based computers as well as distributed and enterprise systems architecture.

Mr. Tremayne-Smith was an apprentice at the Royal Aircraft Establishment, Farnborough from the mid1960s. His assignments included work in Avionics Department (on MRCA) and Space Department on the UK X3 or Prospero satellite that was later launched on Black Arrow. He is a Chartered Engineer, Member of the Institute of Engineering Technology (MIET) and Member of the International Academy of Astronautics (IAA).