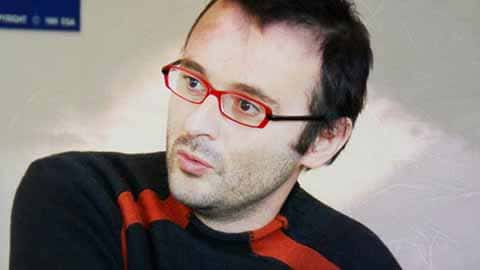 Dario Izzo is the scientific coordinator of the Advanced Concepts Team.

In 2004, Dario Izzo moved to ESTEC in the Netherlands where he started a research fellowship in Mission Analysis during which he pioneered several studies on asteroid deflection, including the first design of an interplanetary trajectory leading to the successfull deflection of MN2004 (later called Apophis) by means of the kinetic impactor concept. He also developed the asteroid deflection formula used during several mission studies both at NASA/JPL and ESA.

In 2008, Dario Izzo became the scientific coordinator of the Advanced Concepts team where he led studies in interplanetary trajectory design and artificial intelligence. He started the Global Trajectory Optimization Competitions (http://sophia.estec.esa.int/gtoc_portal/) events, the ESA’s Summer of Code in Space (http://sophia.estec.esa.int/socis/), and published more than 100 papers in journals and conferences.

In 2013, Dario Izzo received the Humies Gold Medal (http://www.genetic-programming.org/combined.php) for his work on grand tours of the galilean moons and on 2014 he won the 8th edition of the Global Trajectory Optimization Competition, organized by NASA/JPL, leading a mixed team of ESA/JAXA scientists.