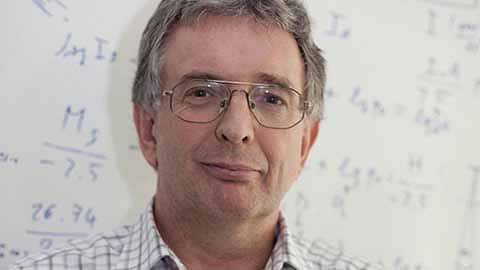 Prof. Alan Harris received B.Sc. and Ph.D. degrees in physics from the University of Leeds, UK, in 1973 and 1977, respectively. He has held positions at the Max Planck Institute for Astronomy in Heidelberg, Germany, and at the Rutherford Appleton Laboratory (RAL), UK. While employed by RAL he was attached for several years to the ESA-Villafranca mission-control centre near Madrid (now ESAC) and the Max Planck Institute for Extraterrestrial Physics in Garching near Munich. He is now a Senior Scientist at the German Aerospace Center’s (DLR) Institute of Planetary Research in Berlin, and holds an Honorary Chair at Queen’s University Belfast, UK. He leads research projects in solar-system science, including observations and modelling of the physical properties of asteroids, and has pioneered radiometric data-analysis techniques applicable to the study of small asteroids. He supervises research students and lectures at universities. Harris has served as Chairman of the European Space Agency’s (ESA’s) Near-Earth Object Mission Advisory Panel and was a member of ESA’s Solar System Exploration Working Group (2010 – 2012). He was a member of the United Nations Action Team 14 on Near-Earth Objects, reporting to the UN Committee for the Peaceful Uses of Outer Space, and is a member of the International Asteroid Warning Network and the Space Mission Planning Advisory Group, both of which undertake and coordinate actions relating to NEO impact mitigation under the auspices of the UN. From January 2012 he led the 13-partner, 5.8 million euro, European Commission’s NEOShield project “A Global Approach to Near-Earth Object Impact Threat Mitigation” until its successful conclusion in June 2015. In recognition of his research the main-belt asteroid numbered 7737 was named after him in July 1999.

The main goals of the NEOShield (2012-2015) and NEOShield-2 (2015-2017) projects are to improve our knowledge of the mitigation-relevant physical characteristics of near-Earth objects (NEOs), and to investigate and assess feasible NEO deflection techniques. A key task is to develop some understanding of the likely physical properties of the threatening NEO that will trigger the first deflection attempt. Much still needs to be done in terms of physical characterization of NEOs, using both ground-based telescopes and space probes for robotic exploration. In recent years not only have the scientific and space-technology communities begun to pay more attention to impact-hazard issues, but some national space agencies and international organizations are now investing significant funding in various endeavours, motivated by increased awareness of the problem. While it seems the stage is now set for coordinated international activities in pursuit of a response to the NEO impact threat, it remains to be seen if the momentum built up over the past few years can be maintained. We are still far removed from having an international agreement on who would do what, who would pay for what, and who would take responsibility for failure, in the event of a deflection action becoming necessary.