The Link Between Meteorites and Asteroids 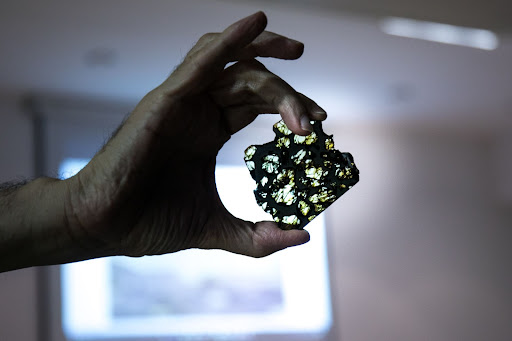 The Link Between Meteorites and Asteroids

Asteroid: the name perfectly captured the mystery of these elusive celestial objects when they were first discovered in the early 19th century. Not even the largest telescopes on Earth could show them as anything more than single points of light. So when Hanoverian astronomer William Herschel suggested the name, which derives from ancient Greek and means star-like, it seemed perfect. It described them and cemented their mystery.

Only in the very final decade of the 20th century did we finally see some asteroids up close. Two irregularly shaped rocky worldlets, Gaspra and Ida, were revealed by NASA’s passing Galileo space probe. And it was then that planetary scientists really started to put the pieces together and realize that they were actually in possession of tens of thousands of asteroid fragments, right here on Earth: the meteorites.

“Worldwide we now have a collection of 70,000 meteorites or so. A small number of those are from Mars, and a small number are from the Moon, but for most of them, they clearly come from much smaller bodies,” says Dr Ashley King, a planetary scientist and cosmochemist at the Natural History Museum in London, England.

The museum hosts one of the largest collections of meteorites anywhere in the world and Ashley’s role is devoted to studying these space rocks to learn where they came from and what they can tell us about the origin of the Solar System. When he talks about the meteorites coming from smaller bodies, he specifically means asteroids. 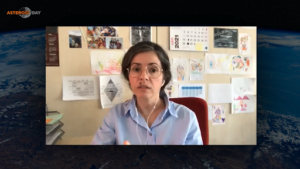 What are the different types of asteroids? On Asteroid Day LIVE 2021

There are two main types of asteroids, the S-types and the C-types. This stands for stony and carbonaceous. The S-types reflect more light than the C-types and so appear brighter. As they’ve analyzed meteorites in Earthly laboratories, researchers have found that those known as chondrites naturally fall into two different categories also. There are the ordinary chondrites, which make up more than 90 percent of all the meteorites found on Earth, and the much rarer carbonaceous chondrites.

“The ordinary chondrites are quite bright, they reflect a lot of light, and the carbonaceous chondrites, because they contain some carbon, are very dark,” says Ashley.

More details come from a fuller analysis of the reflected light. A powerful technique called spectroscopy splits the light into its constituent wavelengths, which reveals the mineralogy and composition of the asteroids. The same technique can then be performed on the meteorites themselves and the results compared.

But the best comparison of all comes if you can actually return rocks from an asteroid’s surface to Earth. This is exactly what Japan’s Hayabusa missions have been doing. They have returned rock samples from the surface of two asteroids: Itokawa, an S-type; and Ryugu, a C-type asteroid.

“They give us a really amazing amount of information about the asteroid surfaces that we can then try and link to the meteorites,” says Ashley. 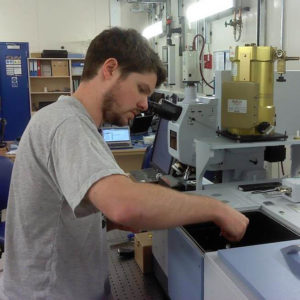 An early victory for this research is the linking of a group of meteorites called the Howardite-Eucrite-Diogenite (HED) meteorites to the asteroid Vesta. The surface of Vesta is mainly made up of basaltic rocks, which matches the composition of the HEDs. “For a long time, we thought the HEDs probably came from Vesta. Then NASA’s DAWN mission studied the surface of Vesta and collected all these amazing chemical data, infrared reflectance spectra, and they’re a really perfect match for the HEDs.

Another stream of data helping to link meteorites to asteroids is coming from the ubiquitous use of cameras. Dash cams and door cams, not to mention dedicated networks of cameras designed specifically to scan the sky, are all recording incoming meteorites blazing through the atmosphere. Those movies can then be used to reconstruct the orbit of the meteorite to see where it came from. 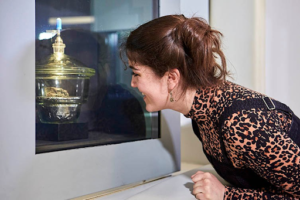 Winchcombe meteorite at the Natural History Museum in London

A good example of this was the Winchcombe meteorite that fell in the UK in February 2021, and was found on a house driveway the next day. It is a rare carbonaceous chondrite that is now on display at the Natural History Museum. Crucially, however, it’s fall was recorded on a number of cameras, and its orbit shows that it came from the outer parts of the asteroid belt, which is where astronomers see more of the C-type asteroids.

“We can’t yet specifically say which asteroid, but we can say whereabouts in the solar system it came from,” says Ashley. We now have orbits for around 40 of the meteorites in the worldwide meteorite collection, and that number is only going to increase.

It is also clear from the analysis that Ashley and colleagues have performed that Winchcombe is truly ancient, dating back to the time 4.6 billion years ago when the Earth and the rest of the solar system was forming.

As the various asteroid missions continue to return data that can be compared to the meteorites, the ties that bind meteorites to asteroids will only become tighter in the coming years. “There will be lots of trying to link meteorites and asteroids over the next few years,” says Ashley, clearly looking forward to the work ahead.

El Firmamento has made Asteroid Day a tradition in Mendoza, Argentina