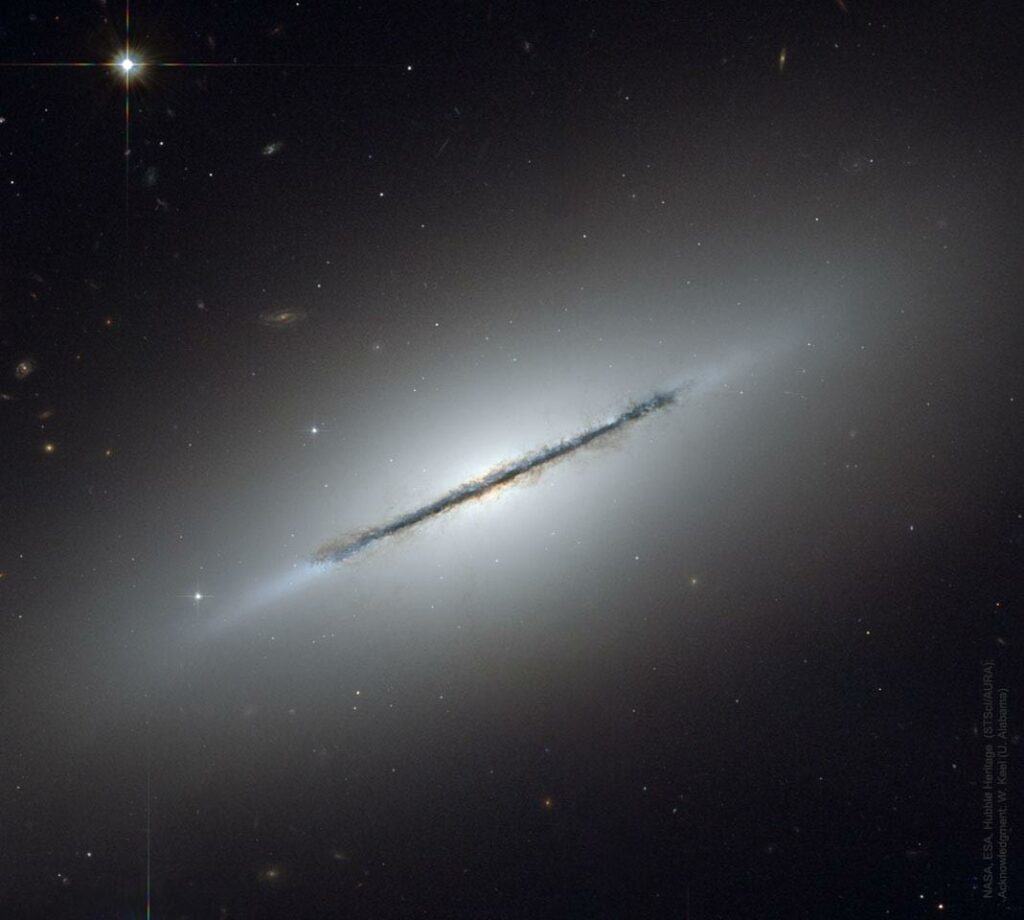 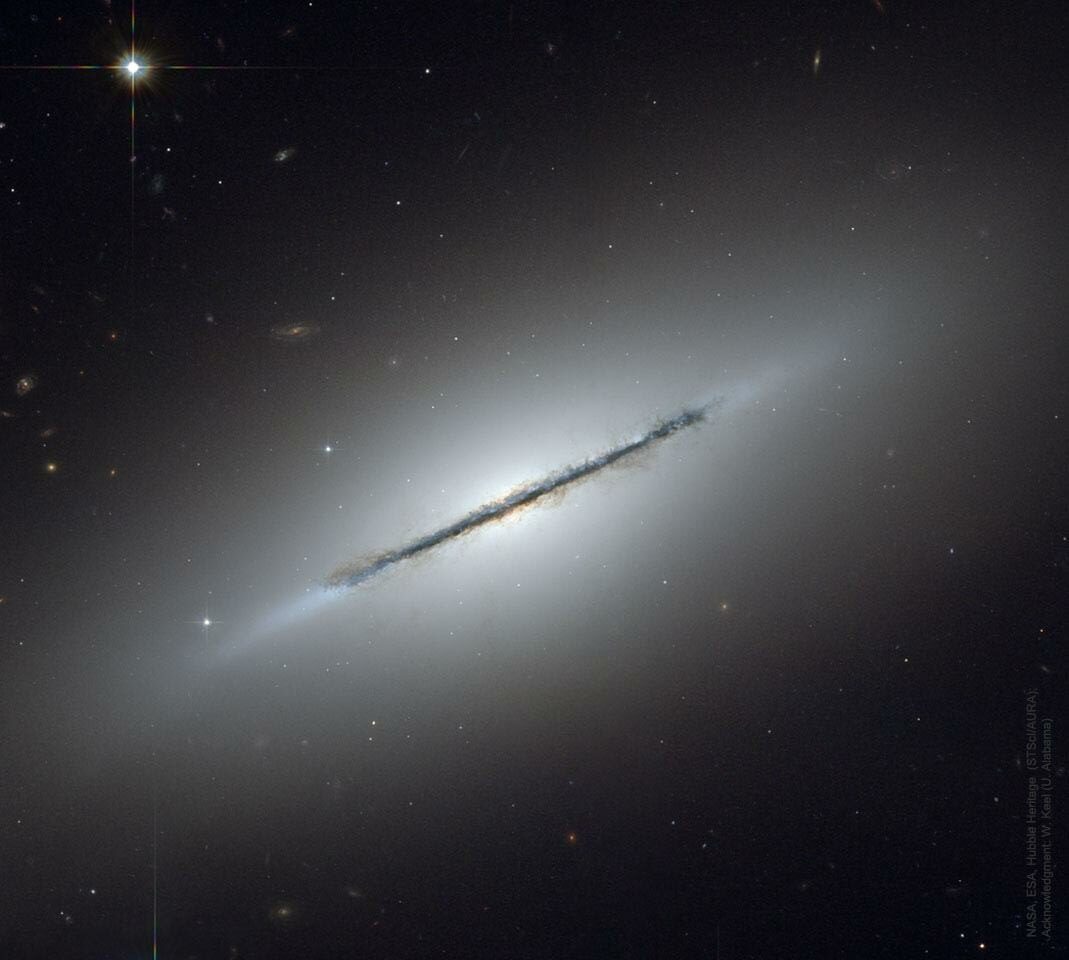 Astro Tidbit
A brief synopsis of some interesting astronomy/science news

I’ve always been interested in asteroid and asteroid impacts, so I subscribe to the ESA Near-Earth Object Coordination Centre’s newsletter. It gives updates on old and new asteroids that pass by our planet (called NEOs for short), efforts to find, study, and (possibly) do something about them if they prove dangerous, and more. There’s also the occasional nugget about the science of asteroids, too. All in all, a great resource, one I’ve written about many times.

In the January 2023 issue there was an interesting graph I’d like to share with you, showing how many NEOs were discovered by month in 2022: 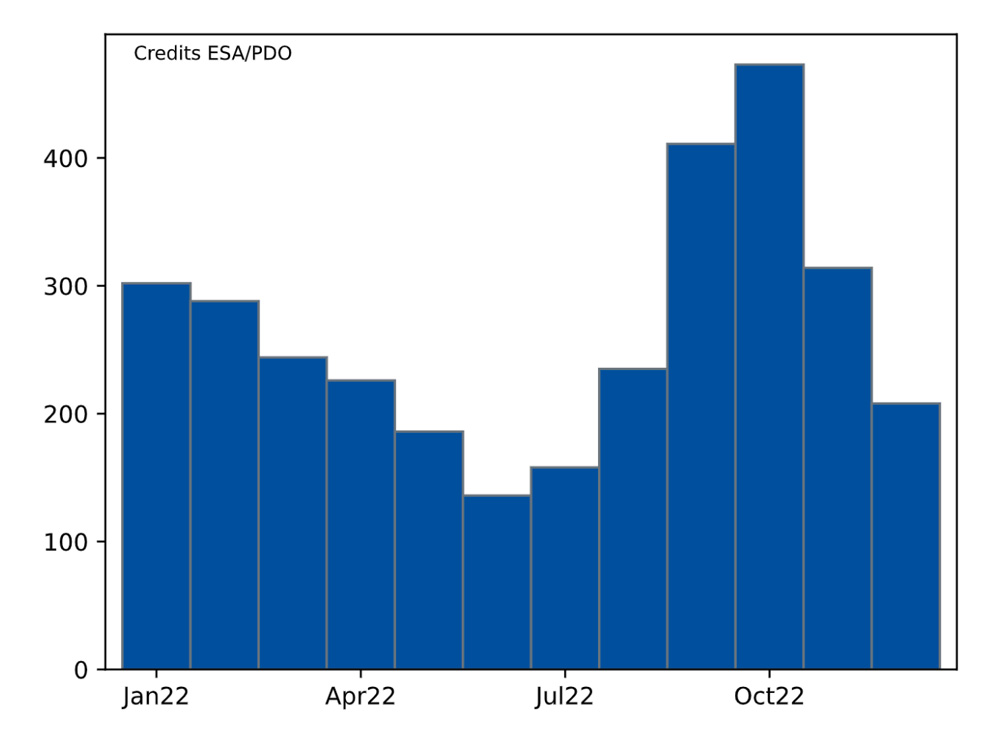 Histogram showing the number of NEOs discovered per month in 2022. Credit: ESA/PDO

This kind of bar graph/histogram is pretty easy to read: In January 2022 about 300 NEOs were discovered. In February it was slightly less, and so on.

Note the large difference between the months! In June fewer than 150 were spotted, but in October it was more like 500. That’s a statistically significant jump; in other words, it’s unlikely to be happening randomly.

Did more asteroids swing by Earth in October? Or is there something else going on?

Look at the plot again: The changes aren’t random, jumping up and down month to month, but instead changes smoothly over the year. In fact — and this is the key point — the change is seasonal. Fewer were found in the summer, and many more in the winter. If you think about that, it makes sense: The nights are shorter in summer and longer in winter, so there’s more time at night in winter months to look for asteroids.

… but that’s not all that’s going on. When it’s winter in the northern hemisphere it’s summer in the south. Why doesn’t that even things out?

Because there are more asteroid-hunting observatories in the northern hemisphere than the southern one. There are a lot of reasons for that, including that there’s a lot more land mass in the north on which to build telescopes (plus I suspect European colonialism has played a role as well).

I wonder what will happen when NEO Surveyor goes online? It’s a space mission, so won’t be affected by seasons. I bet it will be so successful in finding NEOs that the graph will flatten noticeably. I hope we find out in 2028!

My point here is not exactly a subtle one, but one people forget nevertheless: You might think just seeing data is all you need to understand a situation, but that is very much not true. You need to know context. Data are just numbers, typically, and are just the beginning of understanding. With context you can turn them into information, and that’s what you really want.

Every now and again the tabloids/YouTube conspiracy theorists lose their feces pointing out that twenty years ago very few asteroids were known passing Earth but now we know of over 1,000 (1,439 according to the recent NEOCC newsletter, in fact). “Their numbers are increasing!” they scream.

But that’s not true; over the years we have more telescopes looking, and much more sophisticated techniques to find them. The numbers aren’t getting higher, we’re getting better at spotting them!

Context:
When someone presents an idea to you, always ask yourself about the context. Are they accounting for everything needed to correctly interpret these results? Does this person have an agenda? Are they hiding info? Is there a bias in how these data were collected?

That’s what critical thinking is: Not just accepting something, but trying to figure out if it’s right or not. It takes practice, but it has this wonderful effect of letting you see the world a lot more clearly. And it helps keep you from being fooled.

LEARN – What is the Difference Between Asteroids, Meteoroids, Meteors and Other Frequently Used Terms?