The Delicate Petals of a 30 Megaton Impact 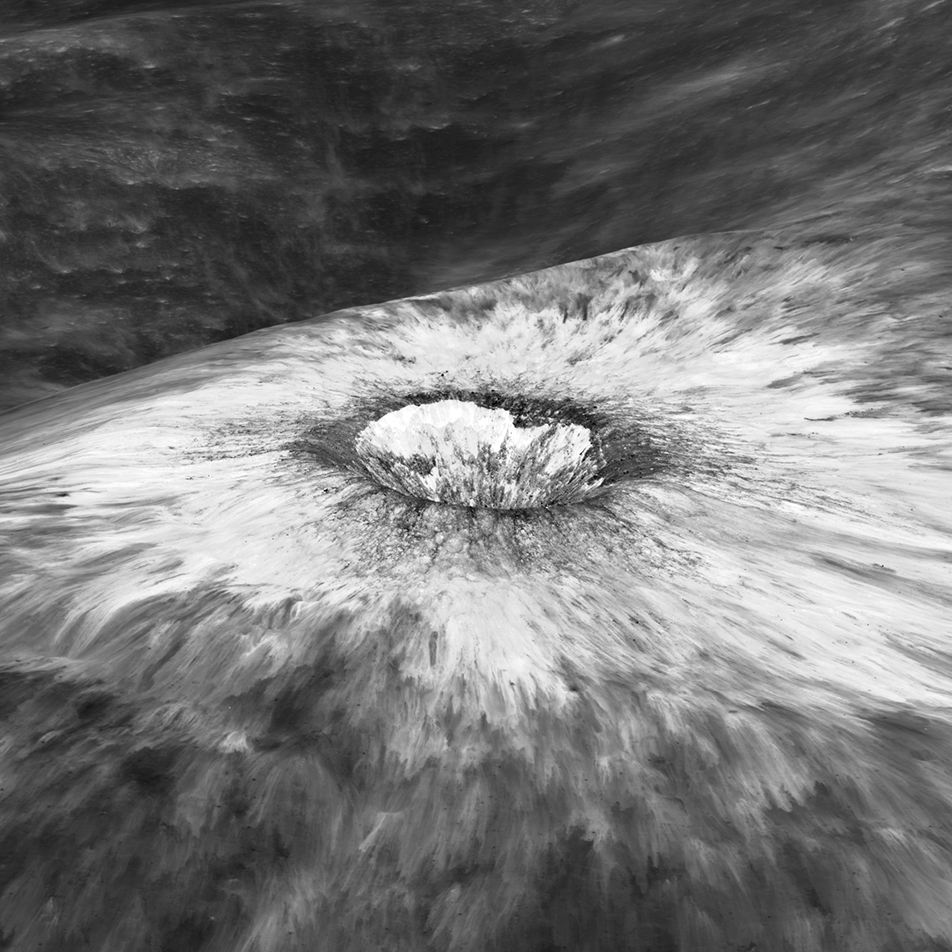 The Delicate Petals of a 30 Megaton Impact

This article was written by Phil Plait for Slate.com which is not affiliated with Asteroid Day.

The image above is from the Lunar Reconnaissance Orbiter Camera and shows a crater on the Moon nicknamed Chappy (it formed in the much larger Chaplygin crater). It’s about 1,400 meters across (a bit bigger than Barringer crater in Arizona), which means that whatever asteroid or comet slammed into the Moon here exploded with the yield of about a 30 megaton bomb—about as big as any nuke ever detonated by humans. The fresh pattern of ejected material around it suggests a very young age. How young is hard to know, maybe only a few millennia, maybe more. But over time micrometeorite impacts and the solar wind soften and fade those features, so the crater isn’t, say, millions of years old*.

The pattern around Chappy shows broad, wide streaks, seemingly overlapping with streaks of different contrast, looking very much like the petals of a flower.

Is it just me, or are asteroids more dangerous than they used to be?