Press Release: Asteroid Day to Celebrate Fifth Anniversary with Special Events in Luxembourg and Around the Globe, 24-30 June, 2019 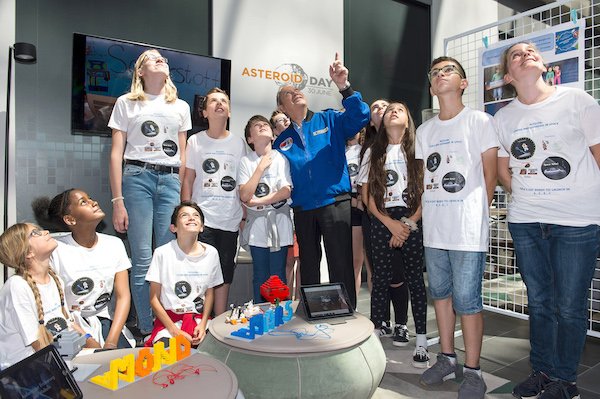 Press Release: Asteroid Day to Celebrate Fifth Anniversary with Special Events in Luxembourg and Around the Globe, 24-30 June, 2019

LUXEMBOURG (15 February 2019) — Asteroid Day, the official United Nations’ day of global awareness and education about asteroids, will celebrate its fifth anniversary on 30 June. What began as two live stream broadcasts in 2014, now includes thousands of independent events organized by citizens around the world on all five continents. Asteroid Day global programs, including Asteroid Day LIVE, are programs of the Asteroid Foundation, a Luxembourg-based nonprofit organization.

Asteroid Day was co-founded by astrophysicist and famed musician Dr. Brian May of the rock group QUEEN; Apollo 9 Astronaut Rusty Schweickart; Filmmaker Grig Richters; and B612 President Danica Remy, to promote awareness and provide knowledge to the general public about the importance of asteroids in the formation of our universe and the role they play in our solar system today. Events are scheduled during the week of 30 June, the date of the largest asteroid impact of Earth in recorded history (Tunguska).

In just five years, Asteroid Day has evolved to include the participation of all major national space agencies, ESA, JAXA, Roscosmos, and NASA, and prominent scientists, astronomers, educators and media worldwide. In 2016, the United Nations declared Asteroid Day an official day of education, initiated in part by a need to better understand the role of asteroids, following the 15 February, 2013 meteor impact in Chelyabinsk, Russia.

“Our goal is to dedicate one day each year to learn about asteroids, the origins of our universe, and to support the resources necessary to find asteroids,” explains Dr. May.

A principal partner in Asteroid Day is the Government of the Grand Duchy of Luxembourg through the Luxembourg Space Agency, which is leading the SpaceResources.lu initiative. “By establishing itself as the European Hub in the future space resources economy, Luxembourg is committed to supporting and nurturing the growing commercial space industry and contributing to the peaceful exploration and sustainable utilization of resources from celestial bodies, including the Moon or near-earth objects such as asteroids,” stated Etienne Schneider, Deputy Prime Minister and Minister of the Economy of Luxembourg. “Asteroid Day supports the goals of the SpaceResources.lu initiative by educating the world about asteroids, space missions and what’s possible within the emerging New Space economy.”

Events for Asteroid Day 2019 will take place on all five continents and are in the process of being organized by local organizations, and include:

Themes of Asteroid Day 2019 range from the science of asteroids in the formation of our solar system to discussions of new space industries accelerating technologies to advance space-based activities. Activities will importantly also highlight the current missions advancing efforts to identify the characteristics and trajectories of asteroids and develop greater detection, tracking and deflection techniques: DART, the first demonstration of a kinetic impact technique to change the motion of an asteroid in space.; (NASA/ESA); and two study and sample return missions: Hayabusa 2, (JAXA); and OSIRIX REx (NASA).

Asteroid Day LIVE, which debuted in 2017 and expanded last year to 48 hours of live programming, is the first-ever global conversation about asteroids. It is produced by the Asteroid Foundation and broadcast live from the Broadcasting Center Europe (BCE) studio at RTL City in Luxembourg. Asteroid Day LIVE returns in 2019, with an expanded five days of online, broadcast and webcast content and commentary from international experts, five astronauts/cosmonauts, scientists, physicists, educators, and government officials and special guests who serve as Asteroid Day ambassadors. This year will also include five Luxembourg-based space startup companies and five featured global independently organized Asteroid Day events from five different countries.

Asteroid Day LIVE from Luxembourg will be distributed via a dedicated satellite, available on local channels subscribing to the SES satellite network, and via the Asteroid Day website. For archived programs of 2017 and 2018, see: www.youtube.com/user/asteroidday/featured

Scientists Rock is a seven-part series about asteroids produced by Asteroid Day, which can be viewed on website. Narrated by famed astrophysicist Neil deGrasse Tyson, the series includes interviews with UK Astronomer Royal Lord Martin Rees, Dr. Brian May, Peter Gabriel, and scores of astronauts and asteroid experts. 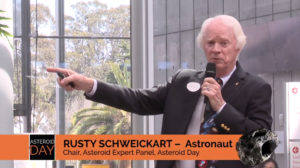 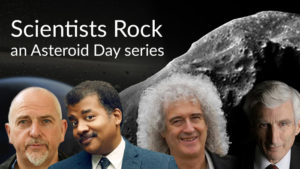 A Media Kit, including press releases, media alerts, quotes, photos, video, and BROLL, is available in the Asteroid Day Newsroom.

Download Word version of this press release and translated versions in Hebrew and Brazilian Portuguese here. 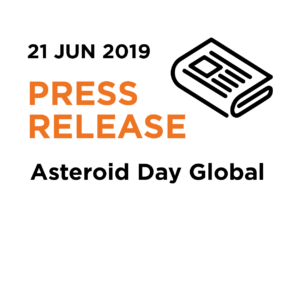 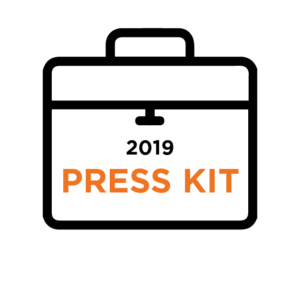 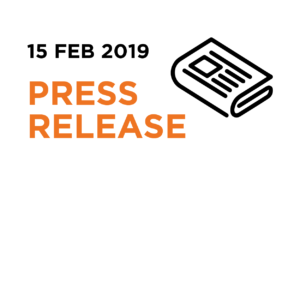 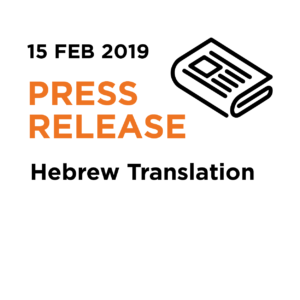 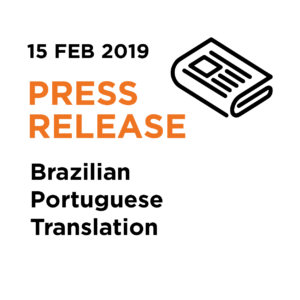