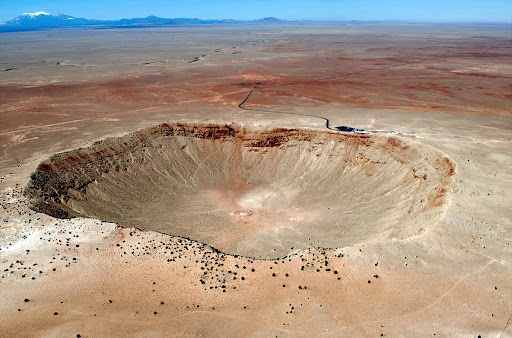 Learning Objective:
To understand the characteristics of asteroids so we can comprehend their potential impacts.

Specifics:
Many think the only thing to be concerned about when it comes to an asteroid impact with Earth is the size of the asteroid, but this isn’t true. There are other variables that should be considered when estimating the potential damages of an asteroid impact.

One of the variables to consider is the amount of kinetic energy that will be transferred to the surface in the event of an asteroid impact. A huge amount of energy is released in the form of a shock wave. The power of this shock wave will depend on the mass and speed with which the asteroid hits the Earth, as well as the terrain, which will be discussed later.

The entry angle is also an important factor in determining the potential of damage . An asteroid can graze the higher, rarefied layers of the Earth’s atmosphere without risk, but higherangled trajectories will increase an asteroid’s potential damage. Shockwaves, meteorites, tidal waves, explosions and seismic activity all increase dramatically with higher trajectories, as well as the actual impact sight and the creation of a crater.

The composition and density of an asteroid are factors that should also be considered. Examining the meteorites that have fallen to Earth, we can see that the vast majority of asteroids that have reached our atmosphere have a rocky composition. These types are more likely to shatter before reaching the Earth’s surface and the damages will depend on the fragment size. Metallics, another rarer but more dangerous type, have a higher density and are more resistant to passage through the atmosphere. Because they have a higher likelihood of reaching the surface intact, these types of impacts will result in larger meteorites and more damage.

Finally, knowing where the asteroid will impact is very important for estimating damage to humankind. Much of our planet is covered by oceans and there are still uninhabited regions on the continents. This leads us to conclude, at first glance, that the possibility of an asteroid impact causing fatalities is very small. However, if the asteroid falls into the ocean, gigantic waves could be formed in the vicinity of the impact site, and could reach coastal cities.

If the asteroid impacts a land mass, in addition to a huge shock wave, massive amounts of particles would be released into the atmosphere, causing serious environmental damage on a global scale and mass extinctions. As we know, the impact of large asteroids will have devastating effects no matter where they land. Let’s look at the largest impacts we know about thus far and their unique situations and consequences. 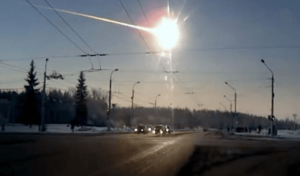 Chelyabinsk – In 2013, a rocky-type asteroid about 20 meters in diameter and a mass of over 10,000 tons hit Earth’s atmosphere. It generated a fireball and exploded more than 20 km above the Russian city of Chelyabinsk. This explosion released an energy equivalent to nearly 30 atomic bombs.

Despite the enormous destructive potential, the damage was limited to shattered windows, compromised building structures and a few hundred people with minor injuries.. As there was no actual impact, the damage was only a result of the shock wave generated by the asteroid’s explosion in the atmosphere. Also to consider, the asteroid entered into Earth’s atmosphere at an angle of less than 20 degrees, slowing it down, allowing the atmosphere to consume some of its mass before it exploded.

If the composition of this asteroid had been metallic and the entry angle had been any higher, the consequences would have been much more devastating. 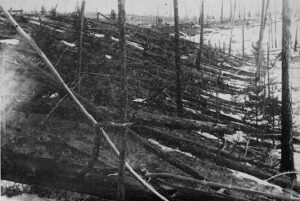 Tunguska – In 1908, a celestial body with an estimated diameter of about 100 meters hit the atmosphere and exploded at about 10 km altitude. Witnesses reported a huge flash generated by the explosion, a sudden heating and a shock wave that threw them backwards.

Expeditions organized to seek explanations about the event found a huge devastated forest, with trees felled and burned, but no crater. There is no way to say with certainty whether the celestial body that caused this event was an asteroid or a comet, but the lack of a crater gives us clues that its composition, rock or ice, did not offer the necessary resistance to penetrate the entire atmosphere and reach the surface.

This event took place in Siberia, a remote and uninhabited region. Perhaps the story of some countries would be told differently if this had happened 5,000 km further west, in the middle of Europe. 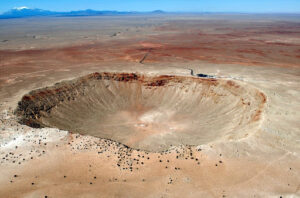 Barringer Crater – About 50,000 years ago an asteroid measuring approximately 50 meters impacted Arizona, in the United States. With an estimated trajectory angle between 40 and 50 degrees, the impact generated a crater more than 1 km in diameter and almost 200 meters deep. Analysis of the asteroid’s remains buried under the crater found that it was primarily composed of iron and nickel. This indicates that the asteroid had sufficient mass and density to penetrate the entire Earth’s atmosphere, reach the surface and form a crater of that size. 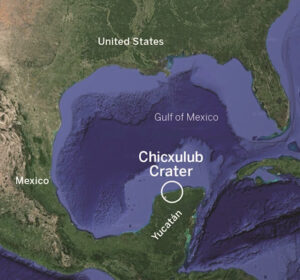 Chicxulub – 66 million years ago, an impact on the Yucatan Peninsula in Mexico created a crater about 180 km in diameter, wiping out a large number of species on the planet, including dinosaurs. Many scientists are still trying to put together the pieces of that puzzle. The asteroid that caused this impact may have been a rocky type, rich in silicon and carbon compounds. It had an estimated diameter of 10 km and made its trajectory towards the surface at an angle close to 60 degrees.

The type of terrain where the impact occurred may also have contributed to the devastating scenario, releasing enormous amounts of gases and particles into the atmosphere, blocking sunlight and causing temperatures to drop. This greatly affected the ecosystems of the entire planet.

Impact: Earth! – This tool developed by scientists from Purdue University and Imperial College London allows us to calculate the effects of a celestial body falling on Earth. The user defines the diameter, density, velocity and angle of impact, among other attributes. These variables influence the total damage caused by the simulated collision including the total energy dispensed, the size of the crater created, the seismic effects and other changes in the Earth’s structure due to the impact. 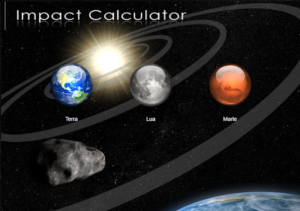 Down2Earth – Created by Faulkes Telescope Project with versions in several languages, this program lets you choose which object you want to impact: Earth, Moon or Mars. After entering the data, the effects of the impact can be projected on a map, in a region of your choice.

Asteroid Map – Developed by programming expert Paul McBurney, this webpage simulates asteroid impacts of different sizes anywhere in the world. Simply enter the name of the city and the size of the asteroid in meters. Through colored circles projected on the map it is possible to visualize the different levels of damage that an asteroid could cause.

Space, Asteroids and Rovers with Scouts