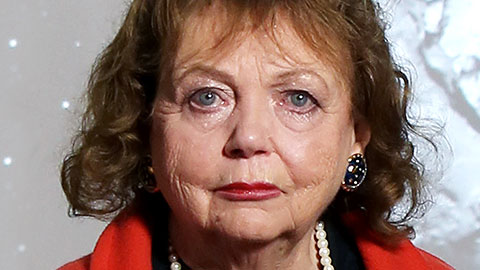 Susan McKenna-Lawlor (SMcKL) née McKenna was born in Dublin, Ireland and educated at: University College Dublin (UCD); the Dublin Institute for Advanced Studies (DIAS) and the University of Michigan. Her Ph.D involved a study of the influence of solar activity on the Earth and she holds an honorary D.Sc. for published scientific work from the University of Ulster.

In 1985 she founded Space Technology Ireland, Ltd. (STIL) a company which continues today (under her directorship) to produce hardware and software for space applications. Over the years, she has participated in the development of space experiments launched/presently under preparation to be launched by several major space agencies  (American,  Chinese, European, Indian and Russian).

In the capacity of Principal Investigator, she carried full scientiﬁc, technical and administrative responsibility for Ireland’s EPONA experiment on the European Space Agency’s Giotto mission, which made pioneering energetic particle measurements during: an encounter with Halley’s Comet (1986); during an historic ﬂy-by of Earth (1990) and during an encounter with Comet Grigg-Skjellerup (1992). Also, she provided the Irish national instrument LION for the European Space Agency’s Solar Heliospheric Observatory (SOHO) and acted/acts as Principal Investigator/Co-Investigator for experiments on ESA’s Cluster (four-spacecraft) constellation, Mars Express, Venus Express, the SMART Mission (lunar) and the Rosetta/Philae mission.

For Rosetta/Philae Space Technology Ireland designed and constructed the mission critical Electrical Support System (ESS) which handled commands transmitted from the Rosetta spacecraft to the Command and Data Management System (CDMS) aboard its Lander Philae during a ten-year Cruise Phase to comet 67P/Churyumov-Gerasimenko, as well as at the comet itself.  Data originating at the individual Lander experiments measured while en-route to and at the comet were also handled by the ESS which received and reformatted them prior to their transmission by Rosetta to Earth. The busy Cruise Phase included three Earth flybys, a flyby of Mars and visits to two asteroids, Steins and Lutetia.

For NASA, SMcKL participated in the Skylab, Solar Maximum, WIND and Gravity Probe B (Relativity) Missions, and with the Russian Space Agency in respect of the Phobos Mission to Mars and its Moons (two experiments) and the Mars 96 mission (four experiments). She was PI for an experiment (NUADU) which was launched on China’s Double Star Polar Mission Also, she was a Co-Investigator for the near infrared spectrometer experiment (SIR-2) aboard the Indian Mission Chandrayan-1 to the Moon.

She is presently a Leading Co-Investigator for the PICAM experiment which is scheduled for launch in 2018 on the ESA/Japanese BepiColombo mission to planet Mercury. She is also a Co-I for the PEP instrument, now under preparation for launch in 2022 on ESA’s JUICE Mission (Jupiter’s Icy Moons Explorer).

She is author/co-author of some 250 publications in refereed scientific and technical journals and author/co-author of several books on space related subjects. Among many international awards she received (1988) the Russian Tsiokovsky Gold Medal for “Outstanding Contributions to Cosmonautics” and in 1991 was made an Honorary Citizen of San Jose, California for technological achievement. Also, she was conferred with the Irish Laureate Woman of Europe Award in 1994 and with the Book Award of the International Academy of Astronautics (1998) for “Whatever Shines Should be Observed” (reprinted 2003). She was the recipient in 2005 of the Slovak Academy of Sciences International Prize in recognition of outstanding scientific work.  In 2011`she participated, in her capacity of PI of Ireland’s N|UADU experiment aboard China’s Double Star (Polar) spacecraft, in the prestigious Laurels for Team Achievement award of the International Academy of Astronautics. In 2015 she again participated in a Laurels award for her contribution to ESA’s Philae Lander.