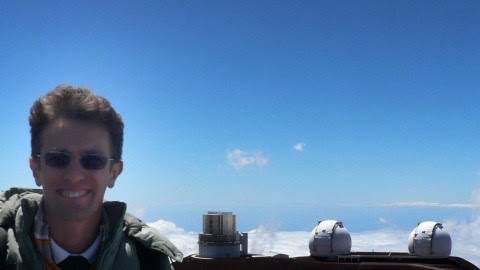 Marco Micheli is an Italian astronomer and professional observer of near-Earth asteroids.

His interest in asteroids began during his high school years, as an amateur astronomer at a local observatory in Brescia, his home town. Then, after a degree in physics in Pisa, he earned a Ph.D. in astronomy at the University of Hawaiʻi at Mānoa. During his doctorate years, he had a chance to use the exceptional telescopes on Mauna Kea and Haleakalā to obtain observations of asteroids and comets, and study their dynamics in the solar system. He also had the opportunity to closely collaborate with the Pan-STARRS survey, one of the leading NEO discovery projects worldwide.

Since 2013, he was able to turn his “asteroid hunting” passion into his daily job at ESA’s Near-Earth Object Coordination Centre (NEOCC). Our observations, taken with some of the largest and most powerful telescopes in the world, allow us to measure the position and trajectory of potentially dangerous asteroids, and predict close passages and possible collisions with our planet.

His main focus is the extraction of high-precision astrometry (i.e., accurate positional measurements of where an asteroid appears in the sky) from optical images obtained with a large variety of telescopes worldwide. This also includes the search for possible unrecognized detections of high-priority NEOs in astronomical image archives (the so-called “precoveries”).