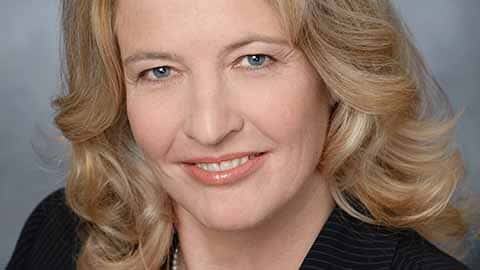 Dr. Freese has assumed a three year position as Director of Nordita, the Institute for Theoretical Physics of the Nordic countries in Stockholm. She is also the George E. Uhlenbeck Professor of Physics at the University of Michigan. She works on a wide range of topics in theoretical cosmology and astroparticle physics. She has been working to identify the dark matter and dark energy that permeate the universe as well as to build a successful model for the early universe immediately after the Big Bang. She is author of a book The Cosmic Cocktail: Three Parts Dark Matter, published in June 2014 by Princeton University Press.
Dr. Freese has been awarded an Honorary Doctorate (honoris cause) from the University of Stockholm in September 2012. She is a Fellow of the American Physical Society. She was awarded a Simons Foundation Fellowship in Theoretical Physics in 2012.
Dr. Freese’s work has been described in the New York Times, Scientific American, New Scientist, National Public Radio, BBC, Boston Globe, Dallas Morning News, and other popular media. Her public appearances include Through the Wormhole with Morgan Freeman on the Science Channel; CBC radio; TV Ontario; Big Think; The World Science Festival in New York; and the Isaac Asimov Debate at the Museum of Natural History in NY.
BIOGRAPHICAL SKETCH:
Katherine Freese received her B.A. in Physics from Princeton University (as far as she knows, she was the second woman to major in Physics at Princeton); her M.A. in Physics in 1981 from Columbia University; and her Ph.D. in Physics in 1984 from the University of Chicago, where she was recipient of the William Rainey Harper Award Fellowship.  Her first postdoctoral position was at the Harvard/ Smithsonian Center for Astrophysics, followed by a postdoctoral fellowship at the Kavli Institute for Theoretical Physics at Santa Barbara and a Presidential Fellowship at the University of California, Berkeley.  She was an Assistant Professor at MIT from 1987-1991, where she was recipient of a SLOAN Foundation Fellowship as well as an NSF Presidential Young Investigator Award.  Then she moved to the University of Michigan where she is now the George Eugene Uhlenbeck Professor of Physics.
In 1997, she was Senior Program Officer at the Board of Atmospheric Sciences and Climate at the National Research Council (NRC) in Washington, D.C.  In 1999 she was Visiting Professor at the Max Planck Institute fuer Physik in Munich; in 2002 she was Visiting Professor at the Institute for Strings, Cosmology, and Astroparticle Physics at Columbia University; in 2007 she was Visiting Miller Professor at the University of California, Berkeley; and in 2008 she was Visiting Professor at the Perimeter Institute for Theoretical Physics in Waterloo, CA. In 2011 she was Visiting Professor at The University of Texas, Austin; in 2012 she was Visiting Professor at Caltech and at CERN, Geneva.
Dr. Freese has served on many advisory panels and committees, including the following: She was a Member of the Board of the Kavli Institute for Theoretical Physics in Santa Barbara from 2000-2003; General Member of the Board of the Aspen Center for Physics from 1993-2003; a member of the Astronomy and Astrophysics Advisory Committee (AAAC; mandated by Congress)  from 2003-2008; the DMSAG (Dark Matter Scientific Advisory Group) in 2007. She served as Member of the Executive Board and General Councillor of the American Physical Society.  She is also Member of the International Advisory Board for the Oskar Klein Center for Cosmoparticle Physics in Stockholm, Sweden.