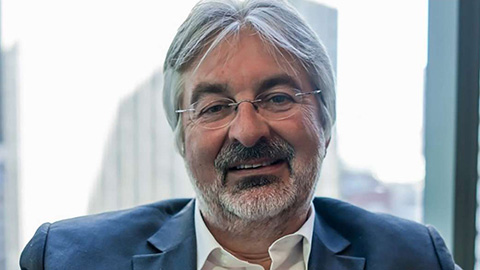 Asteroid Foundation Founding Board Chair from 2017-2020. Georges Schmit is a retired civil servant of the Government of Luxembourg which he served from 1981 to 2016 in various positions. He most recently served as Consul General of Luxembourg and Executive Director of the Luxembourg Trade and Investment Office in San Francisco ( 2009-2016). During most of his career, his work focused on innovation and technology policy, economic development and trade and Investment promotion.

Between 1994 and 2004, Georges Schmit was Secretary General of the Luxembourg Ministry of the Economy. In this capacity, he coordinated all policy areas within the Ministry’s mandate. He also advised the Government on EU-policies and proposals and was a member of several European Union high level advisory bodies including the European Commission’s “Enterprise Policy Group” (1993-2009).
From 1992 to 2009, he served as Vice – Chairman and Executive Chairman ( ’95-‘02) of the National Credit and Investment Corporation (SNCI) of Luxembourg, a wholly State- owned Economic Development Bank which provides long term investment, R&D and innovation funding to SMEs and corporate customers. SNCI also takes strategic equity interests in Luxembourg-based companies and funds SME business takeovers.

In addition to his role at SNCI, Georges Schmit has served on the Board of Directors of both listed and private companies including the world’s largest steelmaker ArcelorMittal, the Luxembourg-based global satellite operator SES, the Luxembourg Post and Telecommunications Company, and the Luxembourg State and Savings Bank, among others.

Most recently, he contributed to the design and launch of several major Luxembourg Government innovation policy initiatives including the Financial Technologies (FinTech) Promotion Initiative and the SpaceResources.lu Initiative aiming at the commercial exploration and utilization of space resources. In June 2016, Georges Schmit was appointed to the Luxembourg Government’s Advisory Board on Space Resources which he continues to serve on after his retirement at the end of 2016. He also  joined the University of Luxembourg Center for Security, Reliability and Trust as a Research Fellow in March 2017.