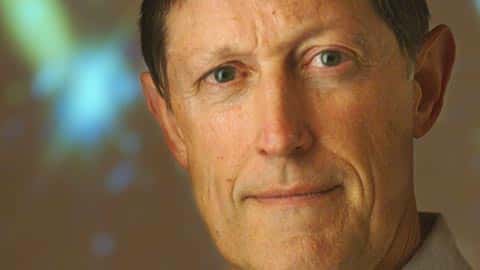 Robert Williams is Astronomer Emeritus at the Space Telescope Science Institute (STScI) in Baltimore, MD, having served as Director of the Institute from 1993-98. The Institute, together with Goddard Space Flight Center, operates the Hubble Space Telescope for NASA. Before assuming his present position Williams spent 8 years in Chile as Director of the Cerro Tololo InterAmerican Observatory, the national observatory of the U.S. in the southern hemisphere. Prior to that time he was Professor of Astronomy at the University of Arizona in Tucson for 18 years. Dr. Williams’ research specialties are nebulae, novae, and emission-line spectroscopy and analysis. He is a strong advocate for science education and outreach and has lectured around the world on recent discoveries from Hubble Telescope and other forefront facilities on the ground and in space. Williams received his undergraduate degree from the University of California, Berkeley in 1962, and a Ph.D. in astronomy from the University of Wisconsin in 1965. He was Senior Fulbright Professor at University College London from 1972-73, and received an Alexander von Humboldt Award from the German government in 1991. In 1998 he was awarded the Beatrice Tinsley Prize of the American Astronomical Society for his leadership of the Hubble Deep Field project, which revealed the early universe with Hubble Space Telescope. For this project he was awarded the NASA Distinguished Public Service Medal in 1999. Dr. Williams is an elected member of the American Academy of Arts & Sciences, and is a PastPresident of the International Astronomical Union, the world-wide organization serving professional astronomers and promoting international astronomy. He is presently adjunct Professor at Johns Hopkins University in Baltimore, where he resides with his wife Elaine, a pediatric psychologist who specializes in the diagnosis and treatment of autism disorders, and they are co-founders of an organization in Baltimore that places adults with autism in the workplace