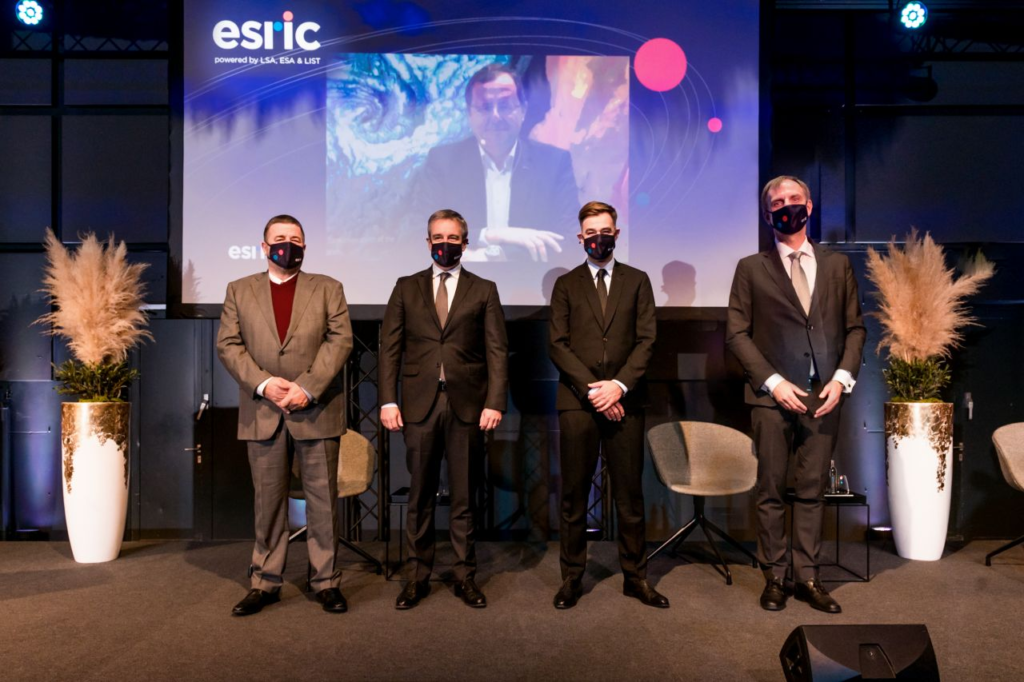 The Luxembourg Space Agency is founded on the principle of helping the commercial space sector in Luxembourg. Space is no longer the sole preserve of scientists and engineers. In the modern world, businesses are increasingly realising that space is a resource that can be utilised for the betterment of humankind.

A traditional space agency, NASA or ESA for example, have a set of missions that are set by either their governments or their scientific community. They use the commercial space sector to help them deliver these missions but it’s a top-down approach. In Luxembourg, the focus is more bottom-up, nurturing space businesses that can then supply or service the wider space community.

To take advantage of the opportunities that space offers, the Luxembourg Space Agency (LSA) has chosen to act as a unique interface between business, finance, research and regulation. In describing itself on its website, LSA says, “The Luxembourg Space Agency promotes the commercial space sector in Luxembourg by providing support to the space industry, fostering new and existing businesses, developing human resources, offering access to financial solutions and supporting academic learning and research.” 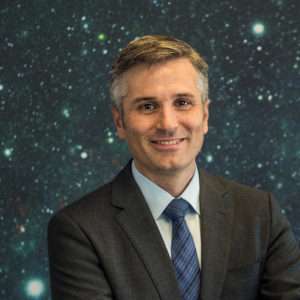 We recently had the opportunity to sit down with LSA’s Director for International Affairs & SpaceResources.lu, Mathias Link who told us a bit more about the Agencies approach. “My role and the role of my team is to look at the space ecosystem in a broad way, and try to improve it wherever we can to develop the space sector,” he says. While that may sound simple, it involves many strands.

Firstly, international collaboration is extremely important because Luxembourg is pursuing its space ambitions in partnership with other countries. “We try to do everything in close partnerships,” says Mathias. This includes not just other European countries, but organisations such as the European Space Agency and the European Union. Further afield, LSA maintains partnerships with the United Nations and other countries outside of Europe.

A third aspect is to nurture Luxembourg’s space talent. This is about education at different levels from secondary school up to university level, including a space Master’s degree programme. Beyond university, the agency is also dedicated to giving graduates their first experience of working in the space sector. “We have programmes together with the European Space Agency to develop the talent that we need,” says Mathias. And in the same vein, LSA also develops research programmes that can benefit the space sector or work directly hand-in-hand with it.

Last but not least, the agency also works to find the correct financing for its different projects. “We have strong experience at LSA providing research and development funding to companies, both on the national and European level. In addition we have leveraged equity and debt financing instruments from both national and international partners.” says Mathias.

Luxembourg struck a major commercial success in the field of satellite telecommunications with its company SES. Founded in 1985 as Société Européenne des Satellites, SES is one of the world’s leading satellite owners and operators with over 70 satellites. It’s revenue for 2019 was almost 2 billion Euros.

“That was a tremendous success,” says Mathias, “It explains why we have put such a strong focus on commercial space, because that’s what we have come from.”

In the meantime, the Luxembourg space sector has really broadened so that its companies now work on all aspects of the space industry – from making satellites to operating them, to analysing and distributing the data that comes back from them. The only part of the space industry that the country is not currently involved in is the launchers market.

When it comes to supporting companies in their space ambitions, LSA does not restrict itself to a particular sector or subject area. Instead it is looking for one simple criterion. “We are always looking for business models that are viable and sustainable because that’s one way to make space activity sustainable: make sure that you have companies that can actually implement business models that makes sense,” says Mathias. 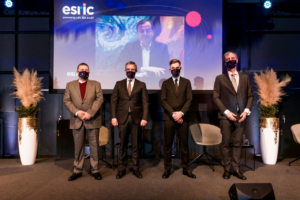 In November 2020, Luxembourg entered a strategic partnership with ESA and the Luxembourg Institute of Technology (LIST) to create the European Space Resources Innovation Centre (ESRIC). This unique centre aims to become an internationally recognised centre of expertise for scientific, technical, business and economic aspects related to the use of “space resources”. Mathias is also the Director ad interim of ESRIC and leads the efforts to hire the initial team and implement its first activities. ESRIC will host research teams focusing on different parts of the space resources value chain, in close partnership with private and public entities.

“I would say that all kinds of things, whether they are gases, or fluids, or metals, and whether you look for them on the Moon, or on asteroids, or on Mars, are all space resources. And for us, it’s all about using those resources in space,” says Mathias, “Bringing them back to Earth is still enormously expensive but using them in space really makes sense. We have many studies that show it might be less costly to use the resources in space.”

These resources could be used for life support systems, for rocket propellant, for different equipment, or even to build habitats and other infrastructure. “This allows us to explore further, to go to Mars, for example. It also allows for the creation of an in-space economy, because that will allow us to do many more activities than currently.”

For this reason, ESRIC will also put a strong focus on commercial partnerships. A dedicated incubator for space resources related start-ups will be launched in 2021, allowing new innovative business ideas to be developed.

In contemplating this in-space economy, in which companies sell expert services and products to each other, rather than relying on a single monolithic government agency to design, build and test everything needed for the exploration of the Solar System, there must be careful consideration of both what we want to do, and how we want to do it. This means defining regulations and a legal framework within which the international community works.

LSA has been supporting Luxembourg’s work in this direction for a number of years already. In particular, in 2017 the country adopted the Luxembourg Space Resources Act, which paved the way for companies to own resources extracted from the celestial objects.

Most recently, it became one of the eight initial countries that signed the Artemis Accords. These are a set of international agreements that set out the principles of cooperation for the civil exploration and use of the Moon, and the other celestial objects.

“We have been very much involved in the development of the Artemis Accords,” says Mathias, “They’re really important because they are the start of an implementation of the Outer Space Treaty for very practical operations on the Moon.” 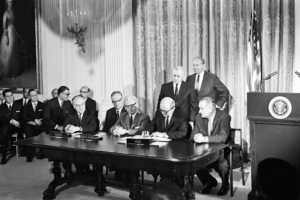 The signing of the Outer Space Treaty Credit: United Nations

At the beginning of the space age, the technology required for exploration was so expensive that only superpowers such as the USA and the Soviet Union could afford to go into space, and even then it was not a sustainable effort. Following the Moon landings of the late 1960s/early 1970s, the effort was dramatically cut back, leading to a distinct slow-down of progress. Now things are very different.

The cost of the technology has come down, allowing many countries to fund space programmes. This has allowed many businesses to spring up in support of the industry and this is only set to grow in the future. Luxembourg has decided to positively nurture this movement.

Some call the creation of an in-space economy ‘new space ’ but whatever the name, the beauty of it is that it looks destined to finally make the original goal of the space programme – the exploration of the solar system – not just achievable but sustainable.

Luxembourg’s national motto is ‘Let’s make it happen’. When it comes to the use and exploration of space, that’s a message that the Luxembourg Space Agency is transmitting loud and clear with its considerable investments in the future.