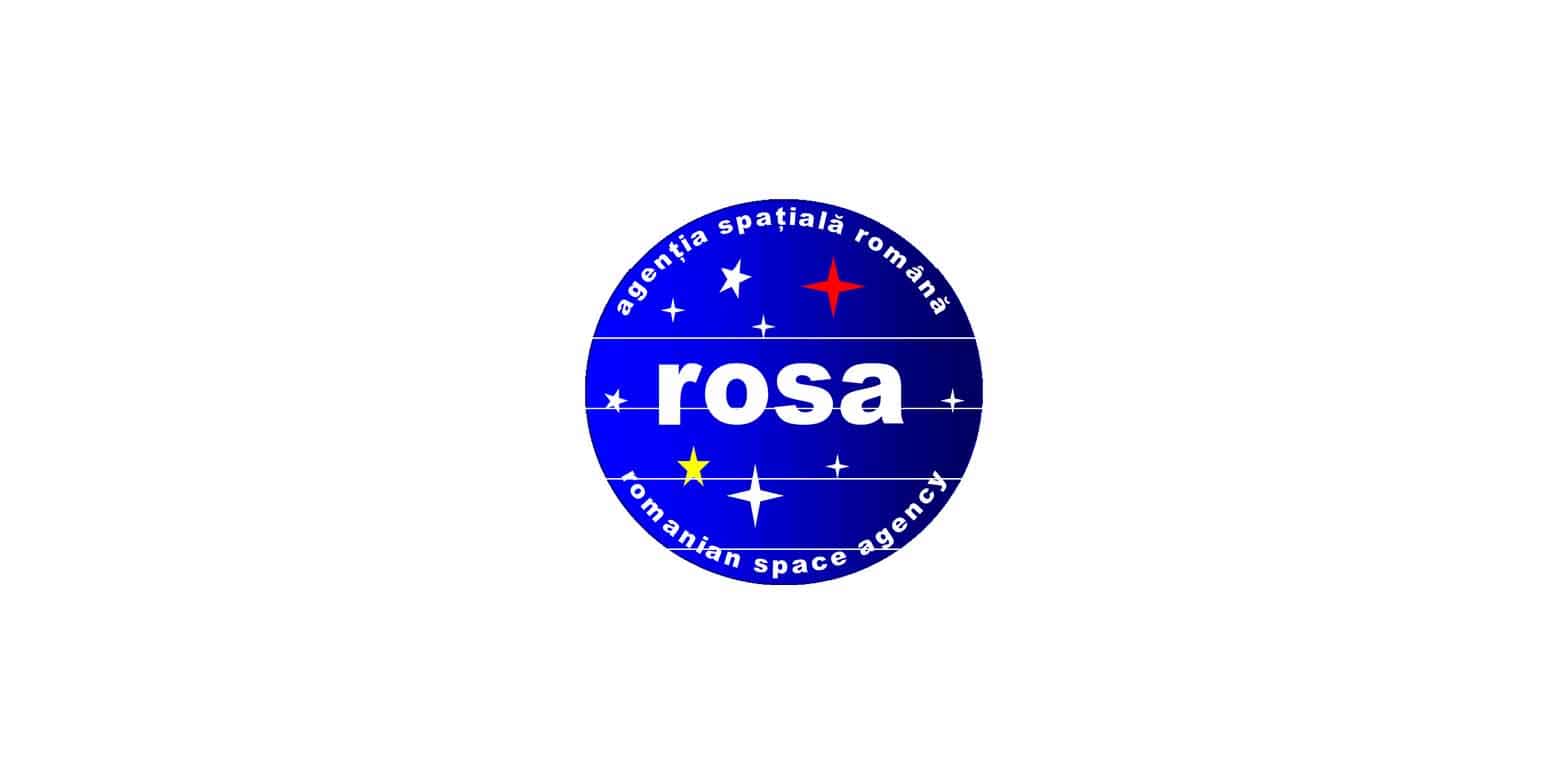 Romania is known as one of the countries with aerospace tradition, which possess the necessary qualities to support efforts in this direction, over time Romanian researchers contributing to more than 30 scientific and technological space missions.

Throughout the history, there were noted personalities such as:

In 1968 was established the interministerial committee CRAS – the “Romanian Commission for Space Activities”, whose purpose was to coordinate the development of national space activities. The establishment of the committee came at the same time with the international development of Intercosmos Programme in 1967, though which many countries discussed in order to establish a cooperation for space exploration.

The commission was tasked to develop future plans for space research in Romania and to fund initiatives in this direction. Its activities were focused on areas such as physics, medicine, biology, communications, meteorology and remote sensing. CRAS was composed of representatives of the ministries interested in scientific research, the use of outer space for peaceful purposes and the development of space technologies, as well as experts from research and higher education institutes.

During 1965 – 1991, Romanian researchers, along with those from Central and Eastern European countries were involved in the “Intercosmos program”. The first space experiment with Romanian participation was achieved in 1972, aboard the INTERKOSMOS 6 artificial satellite. Two years later, another Romanian experiment was sent into the circumterrestrial orbit aboard the COSMOS 690 satellite, followed in 1978 by another experiment on board the INTERKOSMOS 18 satellite. Each of these experiments opened new research directions in Romania, directions which were later strengthened.

On 14 May 1981 Romania sent the first cosmonaut in space, being the 11th country in the world to achieve this. Dumitru-Dorin Prunariu conducted experiments almost entirely Romanian in space, made either by Romanian researchers only or in collaboration with researchers from other countries.

Until the cosmic flight of Dumitru-Dorin Prunariu, Romania had managed to get a total of 17 facilities and devices in space aboard the rockets of the Intercosmos program.

The Romanian Commission for Space Activities dealt also with international agreements. Romania was among the first Eastern European countries to sign collaborations with NASA in the 70s, taking and processing the images from Americans satellites. Romania also had agreements with countries in western Europe, such as the agreement with France, through which the Romanian specialists were sent to Toulouse to prepare in the satellite remote sensing field.

Since 1991, the coordination of the space activities in Romania and stronger collaboration in European and international space programs is achieved through the establishment of the Romanian Space Agency (ROSA), within the Ministry of Education and Technology, which was reorganised in 1995 as a public institution entirely self-funded, operating under Government Decision no. 923/20.11.1995 and the subsequent decisions of the Ministry of Education and Research – National Authority for Scientific Research and Innovation.

As a government institution, ROSA has concluded international agreements on behalf of the Romanian Government. The first agreement between Romania and the European Space Agency (ESA) on space cooperation for peaceful purposes was signed in Paris on 11 December 1992 and ratified by Law no. 40/1993, event that marked the beginning of the Romanian participation in several research projects together with other European countries. In 1999 was signed the Agreement between Romania and ESA on the Cooperation for peaceful exploration and use of outer space, an event which increased the opportunities for collaboration between the industrial community in Romania and ESA.

Law no. 1/2007 for ratifying the European cooperation Agreement between the Romanian State and the European Space Agency, signed in Bucharest on 17 February 2006

Art. 2. 1 The financial contribution of the Romanian Government between 2007-2011 is EUR 10 million or 2 million annually, and will be supported entirely from the state budget through the Ministry of Education and Research since the 2007 budget .

Following the accession to ESA PECS, Romania has conducted the following projects:

Art. 6
(1) In order to enhance the competitiveness of research, industrial and academic entities for the participation in ESA activities, including the pre-qualification and accommodation to ESA activities, the Ministry of Education, Youth and Sports – the National Authority for Scientific Research will initiate and fund for the period 2011-2019 a Research – Development and Innovation Program (RDI).
(2) The management of the CDI program referred to in para. (1) will be provided by ROSA based on a multiannual financing agreement concluded with the National Authority for Scientific Research, under the law.

An important step in the accession process was to conduct a technical audit of the relevant entities in Romania (institutes, research centers, industrial companies and SMEs) holding space technology capabilities. The audit was conducted by ESA, based on a sample of 130 entities, for 50 of them being organised site visits and interviews.

The status of full member state of the European Space Agency has allowed the acces of Romanian organisations, equally with the ESA countries, to all the programs run, and this is an important technology transfer and the opening of an advanced technology market. The direct access to ESA space systems made easier the development of space applications for agriculture, environment, transport, the disasters measurement, telemedicine. Also, the intellectual property is maintained at the national level, with an important role in the competence stability in the country.

Besides the ESA mandatory programs each Member State may engage in certain optional programs based on the national interests. Based on the evaluation of capacity and potential for space activities, the Romanian Space Agency (ROSA) prioritized Romania’s participation in the following ESA optional programs:

Following the ESA Ministerial Council on 2 December 2014, Romania joined the optional programs regarding the International Space Station and the development of the newest ESA rocket –Ariane 6.

Following the accession to ESA, the A.N.C.S. President’s decision no. 9031/2012 – approved the STAR Research – Development – Innovation STAR – Space Technology and Advanced Research Program, the instrument through which the Ministry of Education, Youth and Sports (now the Ministry of National Education) – the National Authority for Scientific Research (ANCS) provides, through the Romanian Space Agency (ROSA) as the lead organisation of the program, support at the national level for the implementation of the Agreement between Romania and the European Space Agency (ESA) on Romania’s accession to the ESA Convention.

The STAR program, which has a budget of 384.180.000 lei for the period 2012-2019 includes three subprograms: S1 – Research, S2 – Infrastructure and S3 – Support. So far was completed the competition C1 (2012 – Priority and CDI projects) and are ongoing projects financed as a result of the competition C2 (2013 – R & D projects and Centre of Competence in space technology projects).

Following the STAR program led by the Romanian Space Agency, Romania succeeded in adjusting to ESA the entities in research, industry, operators, the scientific community and also created new research entities, industrial, and in the space technologies field. Also, the development of the necessary elements for the sustainability of space activities at national level in the medium and long term – one of the main objectives envisaged – was successfully achieved.

For participation in ESA programs, there are two ways in which Romanian companies can access ESA’s funds: the Romanian Industry Incentive Scheme and ITT – Invitation to tender.

The Romanian Industry Incentive Scheme addresses only to Romanian companies (including SMEs), to research and academic organisations. This program aims to support Romania’s involvement in ESA’s mandatory activities and operational programs, and so far have occurred:

The Invitations to tender are predominantly competitive, and their winners must not only be familiar with the practices and procedures ESA, but also to be able to prepare competitive proposals and must have the resources to support the activities included in their proposal. The Romanian Space Agency ESA together with ESA representatives frequently organises trainings to prepare Romanian organisations for ESA ITT’s, and also informative sessions on ESA programs which involve Romania.

As a basic rule, the participation at ITTs is open to all economic operators (including also institutes, universities etc.) from ESA Member States or associated Member States.

The Invitations to tender (ITT) will contain precise information on the conditions and are available online through EMITS system.

The development of the aviation industry in Romania currently includes the production, based on their own projects and licensed, of more than 20 types of planes, helicopters, medium-courier passenger planes and light aircrafts.

The Government together with private entities in Romania supports space activities as important and necessary element for the social development.