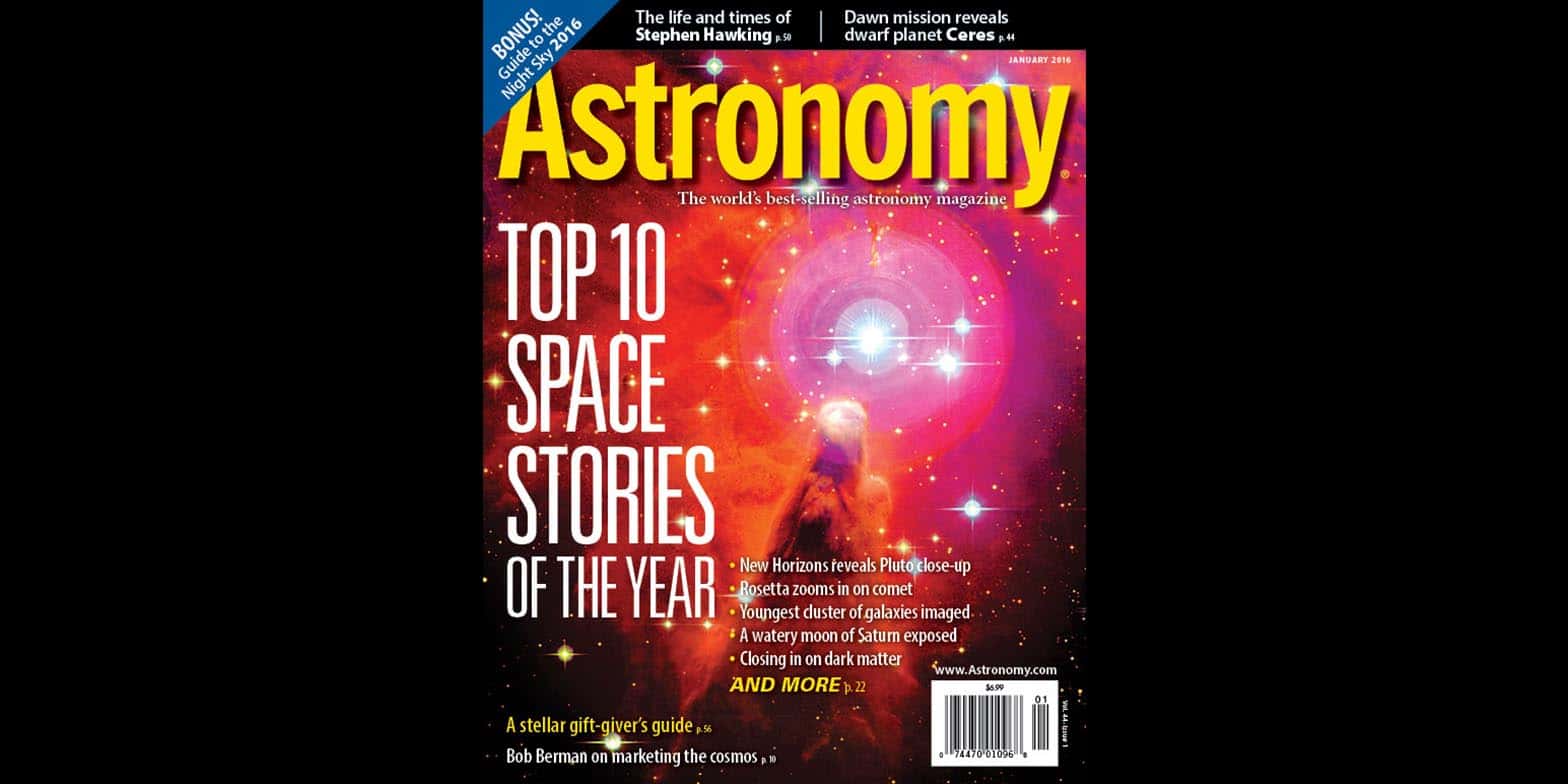 Founded in August 1973, Astronomy magazine is the world’s largest circulation publication on the subject. The magazine is based in suburban Milwaukee, Wisconsin, USA, and has monthly print circulation of 100,000, a website visitation at Astronomy.com of 400,000 visitors per month, and asocial media presence of 1.2 million (Facebook) and 65,000 (Twitter). Altogether, these comprise the largest audience of astronomy enthusiasts in the world.

The magazine features a blend of reporting on the latest science stories, from astrophysics to planetary science to cosmology, and a vibrant guide to observing and photographing celestial events going on in the current month’s night skies. Among recent popular subjects have been coverage of the New Horizons flyby of Pluto, spacecraft missions to asteroids Ceres and Vesta, the best ever close-up view of a comet, and stories on dark energy, black holes, the Milky Way, and the ancient impact that wiped out the dinosaurs.

Asteroid Day’s Editor-in-Chief, David Eicher, is also Editor of Astronomy magazine, where he has been since 1982, and the chief editor since 2002. The magazine’s staff of nine editors works with a group of talented artists and designers to produce the content for the magazine each month.

Astronomy magazine is richly illustrated with numerous color photographs, diagrams, maps, and charts that allow understanding the universe and all that is happening within it. It provides an immense dose of perspective on our daily lives on one small planet orbiting a star in 1 of 100 billion galaxies in the cosmos.