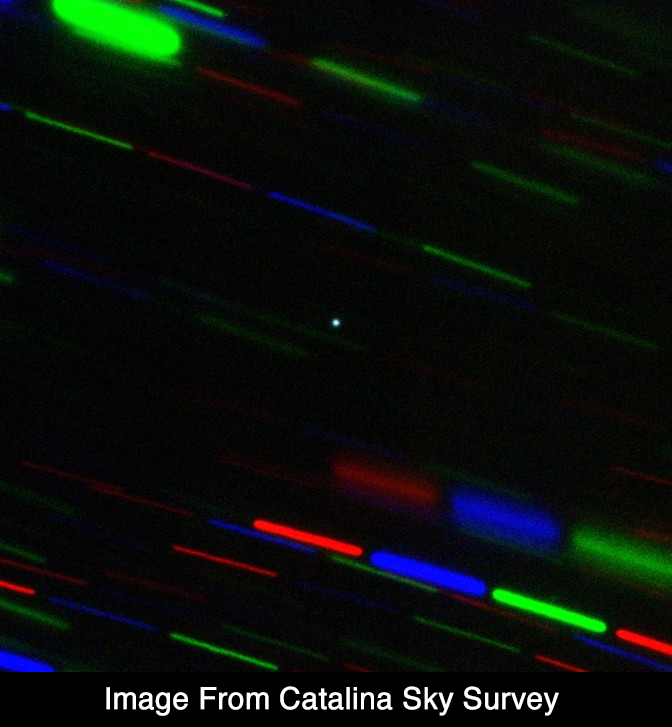 Just last month an asteroid, known as 2020 CD3, was pulled into the Earth’s orbit and is now acting as a second moon to our planet! It is only the second asteroid known to orbit the Earth at the moment.

The asteroid was discovered by Kacper Wierzchos and Theodore Pruyne, researchers for the Catalina Sky Survey, a NASA-funded project at the University of Arizona’s Lunar and Planetary Laboratory in Tucson, Arizona. The asteroid is likely to be between 6.2 feet and 11.4 feet (1.9 meters and 3.5 meters) in diameter so it can be considered as a “mini-moon”.

Unfortunately, our new neighbour will not be staying for too long as it is believed that 2020 CD3 will drop out of Earth’s orbit in April. It will then most likely return to a heliocentric orbit around the sun.

Eric Christensen, member of the Asteroid Day Expert Panel (ADXP) and Principal Investigator at the Catalina Sky Survey, had this to say, “It is thought that there exists a constantly-changing population of temporarily captured objects that are entering and leaving the Earth-Moon system. Most of them are likely smaller than 2020 CD3 and 2006 RH120. Smaller TCOs are too small and difficult to detect. 2020 CD3 is only a couple meters wide, and was detected at about 3/4 the distance to the Moon.”

We wish our mini-moon a good trip and hope that it enjoyed its stay in our orbit! This blog is featured in the Asteroid Day Newsletter #65