We share the solar system with a vast population of asteroids. Starlike and mysterious, these space rocks are a fascinating collection of worldlets that date to the origin of the solar system, 4.6 billion years ago. For most of history, we had no idea that they even existed, and yet since the detection of the first asteroid in 1801, the pace at which we have found them has continually increased. 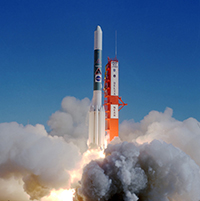 In 2020, the International Astronomical Union’s Minor Planet Centre catalogued it’s one millionth asteroid, and this dizzying number of discoveries is only set to explode in the coming years as extraordinary new search facilities and techniques come on line.

In this first segment of Asteroid Day LIVE 2021, we are going to hear from the people whose job it is – and whose passion it is – to find and track asteroids. We will begin by looking at what an asteroid is and how it differs from other similar sounding celestial objects such as comets or meteorites.

This year Asteroid Day LIVE celebrates the 25th launch anniversary of NASA’s NEAR-Shoemaker mission, the world’s first dedicated asteroid mission. Throughout the broadcast, we will be talking to Andrew Cheng from Johns Hopkins Applied Physics Laboratory who was the NEAR-Shoemaker project scientist.  In this first segment, Andy talks about what we knew about asteroids a quarter of a century ago, and highlights how far we have come in our knowledge since.

The showpiece of this segment is a panel discussion about tracking asteroids, in which experts from ESA’s Near Earth Object Coordination Centre in Frascati, Italy, describe how they assess each and every near Earth asteroid’s orbit to determine if it poses a threat to our planet; and experts from the Vera Rubin Observatory and the Asteroid Institute talk about the solutions they are working on to cope with the massive increase in asteroid detections that the Rubin observatory is expected to make.

In this segment, we will also hear how it is possible to see asteroids from your backyard, or at least without having the use of a large professional observatory; we will hear a little of the history and purpose of Asteroid Day itself, and we will begin our Meet the Asteroid series, which is co-produced with The Planetary Society. The series provides a close up look at the most well-known asteroids today.