Not all asteroids live inside the asteroid belt between Mars and Jupiter. ESA’s Near-Earth Object Coordination Centre lists more than 25,000 that are classified as near-Earth objects (NEOs). Of these, it has identified just over a thousand for extra special monitoring because they come particularly close to our world. These are known as potentially hazardous asteroids. 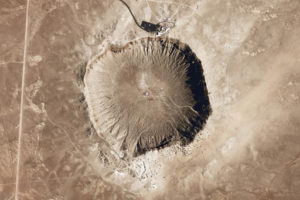 Judging from the craters that we see on the Earth from orbit, collisions with our planet have been known in the past, and they will undoubtedly occur in the future – if we let them.

Now more than ever, asteroid researchers realise that impacts are best thought of as simply another potential natural disaster. What makes them special in comparison to earthquakes or volcanoes, however, is that asteroid impacts are preventable.

In this third segment of our programme, we look at the ways in which astronomers, planetary scientists and engineers are using our knowledge of asteroids to plan for a scenario in which we need to deflect one. We will answer such questions as: how frequently do asteroids hit the Earth? How many asteroids do we need to find to feel safe? And what are the various ways we could shift the orbit of an asteroid?

What makes 2021 special is the launch of the first mission dedicated to the deflection of an asteroid. NASA’s Double Asteroid Redirection Test (DART) is a test mission to begin the process of understanding how we would do this for real if and when it becomes necessary.

DART and its sister mission, ESA’s Hera is the focus for this segment’s panel, with experts from both missions on hand to explain how these two major space agencies are turning the science fiction-concept of asteroid deflection into science fact. 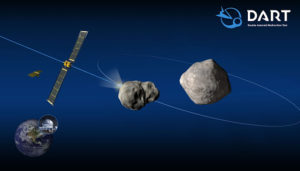 DART is designed to strike an asteroid called Dimorphos, and subtly shift its orbit around a larger asteroid Didymos. Launching in 2024, ESA’s Hera mission will study both asteroids to understand their nature in detail, which will allow the results of the DART impact to be fully understood. On our panel, we’ll hear from the experts involved in these missions, and former ESA astronaut turned Spain’s Minister for Science and Innovation, Pedro Duque, will reiterate the call for planetary defence to be a global endeavour.

We will also meet asteroid Apophis, which until recently was considered to be the most dangerous object to threaten Earth, and we will hear from Planetary Society CEO Bill Nye about how to talk to lawmakers about the need to take these precautions against potentially hazardous asteroids.