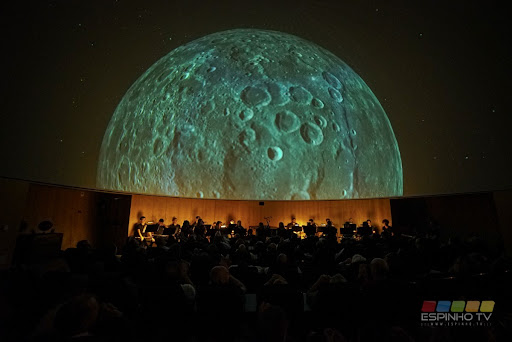 Music has always been a powerful tool to make events engaging and encourage learning through vocals, instruments and a range of musical genres. We have many amazing examples of astronomy clubs and asteroid aficionados around the world doing just this. Read on to learn how to plan your next Asteroid Day event with music!

Musicians have inspired musically-driven Asteroid Day activities such as contests, performances and songwriting, on a local and global scale. Asteroid Day was actually co-founded by legendary guitarist of Queen Dr. Brian May, who saw the importance of educating the public about planetary defense! Additionally, many other musicians have supported Asteroid Day by signing the 100x Declaration and engaging on social media, such as Peter Gabriel, Sarah Brightman, Brian Eno, and Broken Bells.

Many organizers have spiced up their events with songs by Queen, paying homage to Brian May. The Gunstar Team, an astronomical outreach group from Brazil, is an example of this. They have partnered with musicians to play Queen hits, as well as other music, while their audience participates in sky observations or while enjoying meteorite exhibitions.

Also in Brazil, Lorrane Olivlet, avid astronomy promoter and video maker, has created educational asteroid TikTok and Instagram music videos. You can watch one of the videos here.

Throughout the years, artists of various backgrounds have created musical productions in honor of Asteroid Day. One of these, the remixers of Eclectic Method, originally from England, created this electronic music for Asteroid Day 2016. 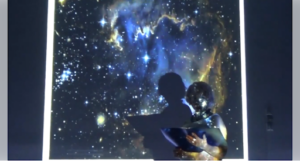 On the other side of the planet, Canadian punk rock band The Pissed Alpacas wrote a composition in 2020 honoring Asteroid Day. While in the USA, producer Steve Holloway released a music video for the song “Asteroid” by Gigi Spratley and Jack Waltrip.

Sometimes we see global music stars interweaving asteroids and other minor bodies in their music videos. Singers Ariana Grande, Britney Spears and Sary have all included the asteroids in their art. One of the most popular songs related to asteroids was written by rock band Aerosmith for the Armageddon movie soundtrack, with the music video bringing attention to our cause. Another example of the asteroid being highlighted in music is The Asteroid Song, which explains the Tunguska event, by the Traveling Telescope from Kenya. They not only wrote the song, but produced their own music video. 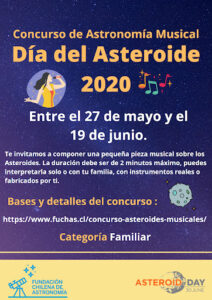 That same creativity can help engage attendees through contests. In 2020, Fundación Chilena de Astronomía organized a musical competition, asking competitors to create music about Asteroids. It was a great alternative for artists and families to participate in Asteroid Day during the restrictions imposed by the pandemic, creating their music and uploading on digital platforms. You can watch and listen to the winners here.

An alternative for children, students and beginners is the creation of musical parodies: adapting well-known songs with lyrics that center around asteroid subjects. Through contests, presentations and videos made with mobile devices, they can be encouraged to re-write and sing their favorite songs using lyrics that explain asteroid concepts (the DART, HERA and Lucy missions, for example). Instagram, TikTok and Kwai are options that will help to effectively share their educational musical experiences.

For an audience that prefers to elevate the subject of asteroids to a gala-level presentation, know that many asteroids are named after great composers of classical music. For example, the asteroid (4546) Franck was named after the Belgian composer César Franck, whose bicentennial of his birth is celebrated in 2022. Franck is the author of famous works such as Prelude, Choir and Fugue, Symphony in D Minor, Panis Angelicus and the symphonic poem Psyché, inspired by the mythological character who also named a metallic asteroid, target of the next NASA mission.

For this reason, concerts, symphonies and other live music performed in theaters, auditoriums or planetariums, while actual space mission images of asteroids are displayed, are great ideas for an Asteroid Day gala version. Science, education and culture will be heightened when creating these special moments.

Orchestra playing music inside a planetarium while images are displayed. Espinho Planetarium – Portugal

For these gala events, award-winning professor Andrew Fraknoi has compiled several musical works inspired by celestial bodies, including asteroids, meteors and meteorites that will help to create your playlist or build your event’s musical repertoire.

With music you will be able to expand your event’s audience, creatively engage them and encourage them to explore their asteroid imagination! From music videos on TikTok to world-class orchestras playing asteroid-inspired music, your audience will be captivated with your Asteroid Day event. Register your activity and be sure to report about your performance, show, video or concert. Let’s highlight your work!

The Armor of Asteroid Bennu