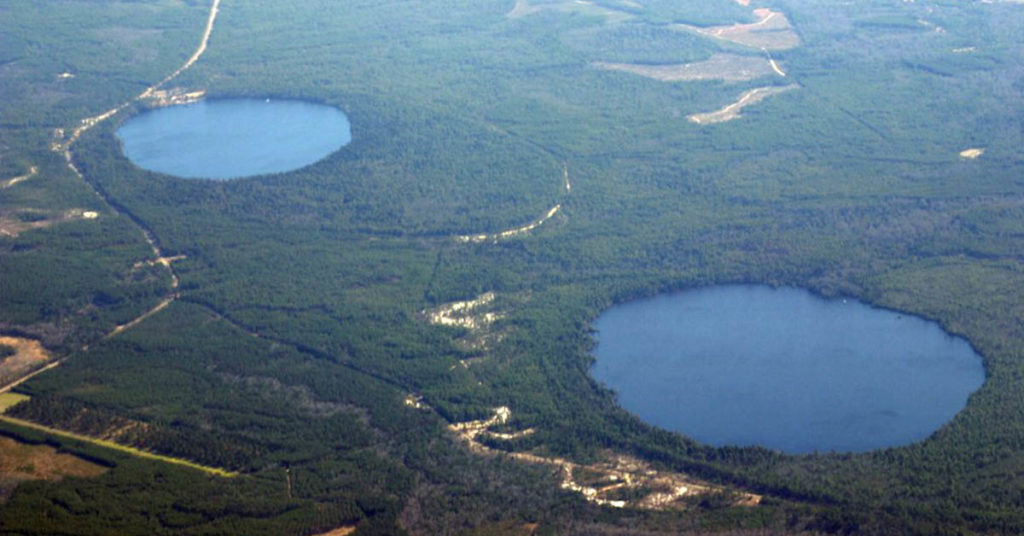 There are thousands of enigmatic oval-shaped depressions in the Atlantic Coastal Plain, many of which are enclosed by low sandy ridges. They were dubbed “Carolina Bays” by F.A. Melton and William Schriever, who suggested in 1933 that they were scars formed by impacts from a shower of meteorites. They have been the subject of much scientific research and speculation ever since. To the disappointment of many advocates, advances in our scientific understanding of impact cratering combined with field studies of the Bays themselves have eliminated the possibility that they are impact structures. 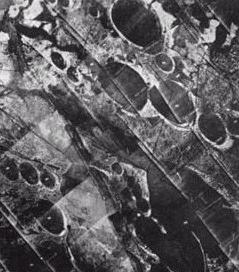 Our understanding of the physics of impact and crater formation is derived from a combination of field studies of known impact and explosion craters, observations of craters on solar system bodies like the moon and Mars, laboratory impact experiments, theoretical considerations, and numerical modelling. Terrestrial impact craters are formed by an explosion that results from hypervelocity impact of an object that vaporizes when it strikes the ground.  The colliding body and the high pressures and rapid flow leave unmistakable signatures in and around the crater, including the morphology of the crater itself. These signatures include an uplifted rim with overturned or chaotic stratigraphy, breccia and megabreccia inside the crater, uncommon melt lithologies, fractured mineral grains, microscopic planar deformational features and glass, meteorite fragments, and meteoritic remnants.

None of these signatures are present in the Carolina Bays, so evidence of impact is lacking. There is also evidence against an impact origin. Most notably, there is a wide variation in ages of the Bays. They formed over time throughout the Pleistocene and some of the Bays are much older than others. They cannot have been formed by a single impact event and it is unrealistic to suggest thousands of independent impact events over thousands of years—especially since they lack the characteristics of impact craters but seem to resemble one another.

Like the vast majority of geomorphological features on Earth, they do not have a catastrophic origin. They were almost certainly formed by slow action of geological forces–wind, water, and weathering–through time.

The Younger Dryas was a two-thousand-year-long period that punctuated the end of the last ice age. It began very abruptly about 12,900 years ago, with a sharp decline in temperatures over much of the northern hemisphere, in some places by up to 6ºC.  The cooling had major impacts on ecology, animals, and ancient humans over all the continents of the northern hemisphere.

Most evidence points to a change in the patterns of ocean circulation, specifically the so-called Atlantic conveyer belt that transports heat poleward from the tropics via the warm Gulf Stream waters. This is called the meridional overturning circulation, a natural engine that is driven by heat and salinity. When the Gulf stream reaches high northern latitudes the water cools. Because it is saltier than the surrounding water, it is denser. It, therefore, sinks, displacing the water beneath it which in turn moves southward and eventually rises buoyantly to complete the circuit. 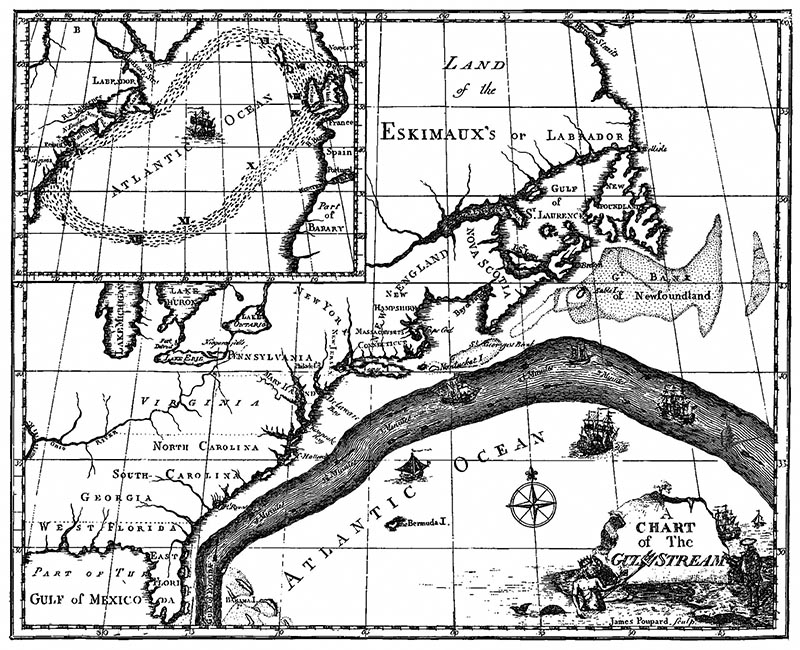 Paleoclimatologists and paleoceanographers have discovered that there were many rapid ice-melting events during the ice ages. These can slow the thermohaline circulation by mixing fresh low-density water with the dense salty water of the Gulf Stream. The resulting surface water is no longer dense enough to sink. This leads to a slowdown in the current and reduces the rate that heat flows from the tropics. Multiple lines of evidence link such a slowdown to the Younger Dryas cooling (and to many other similar cooling episodes throughout the Pleistocene).

One logical question is this: what triggered the rapid melting event? Since similar events have happened repeatedly, it is most likely caused by something related to the cycle of ice accumulation and melting.  Most researchers agree that large masses of ice can melt, forming lakes that are held back by “ice dams”. As the ice continues to melt, the barriers can collapse abruptly, generating a catastrophic flow of fresh water to the sea. There are many examples of such events in North America and there is evidence in Canada for a massive freshwater flood northward into the Arctic Ocean at the beginning of the Younger Dryas.

It might be tempting to suggest that a comet or asteroid coincidentally struck the ice sheet at this time, triggering the flow that slowed down the current and changed the climate. However, Occam’s Razor tells us that the simplest explanation consistent with all the observations is almost always the best one. Large asteroid and comet impacts are extremely rare events—much less frequent than meltwater floods from ice dams that collapse on their own.  12,900 years is an eye-blink when talking about geological time. If there had been a large impact that recently, the resulting crater and widespread ejecta would be unmistakable. The lack of extraordinary evidence for an extraordinary impact event is inconsistent with the comet hypothesis. This means that the Younger-Dryas cooling was almost certainly caused by the same mechanism that led to previous cooling periods—rapid outflow of fresh water into the ocean from melting ice sheets.