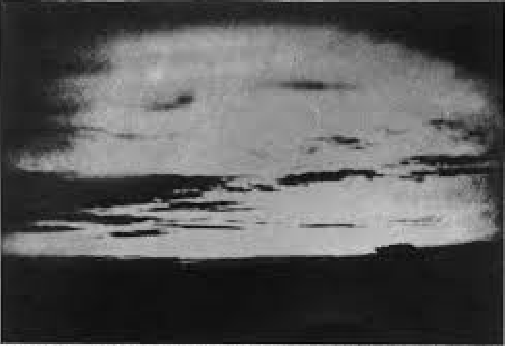 Tunguska was the site of the greatest impact that our planet has suffered from a celestial body in the entire history of civilization. Despite being an unpopulated place, what happened there was witnessed by people who were thousands of kilometers away .This year we observe 100 years since the Tunguska expedition.

A brilliant fireball flying across the sky with a large tail, earthquakes, frightening rumblings, intense gusts of wind and heat waves were part of some reports about the event.

These reports were not fantasy or delirium. The different appearance of the night sky, glowing for weeks and observed by people from different continents, confirmed that something strange had happened.

Over time, panic and fear were replaced by the desire to understand what had happened in Siberia. And it all started 100 years ago with the first expedition to Tunguska, organized by a scientist named Leonid Kulik. 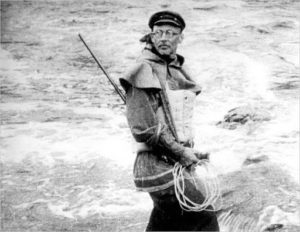 Mineralogist Leonid Kulik on one of the Tunguska expeditions (Smith Archive)

Kulik was born in 1883 in the city of Tartu, Estonia, a country that years later would be part of the Soviet Union. He studied at the Forest Institute in St. Petersburg and later at the Department of Physics and Mathematics at Kazan University. He served in the army during the Russo-Japanese War (1904-1905) and later in the First World War (1914-1918). Between these two wars he was even arrested, accused of revolutionary activities.

With the end of the First World War, the circumstances to link Kulik to the Tunguska event began to be created. Kulik started teaching mineralogy in Tomsk, one of the oldest cities in the Siberian region. In 1920 he took up a post at the Mineralogical Museum in St. Petersburg, where he devoted much of his time to acquiring and studying meteorites. 100 years ago, in 1921, Kulik was tasked with setting up an expedition to locate and examine meteorites that fell within the Soviet Union. In the run-up to this expedition, Kulik had access to an old newspaper story, where a story was published about an explosion in Siberia years earlier.

This report spoke of a frightening crash heard several kilometers away. This event was unprecedented for Kulik and made him look for similar news in other newspapers. The compilation of news about this episode made Kulik conclude that a meteorite fell, which made the decision to find the location of this fall as one of the objectives of the expedition.

The expedition did not show great results. Kulik just discovered the general location of the blast area, without actually visiting it. His expedition was overcome by the hostile climate of that region, where the winter is very long and in its short summer the soil becomes a muddy and uninhabitable swamp, very difficult to reach.

In the following years, Kulik limited himself to collecting more reports on the impact. The authorities had more pressing concerns and at that moment showed no interest in defraying a new expedition. Russia was going through a troubled period, because a few years earlier the Russian Revolution had taken place.

New reports arrived at Kulik through colleagues, even more impactful and detailed than the previous ones. People were knocked down by the force of the explosion, some of them being knocked unconscious and presenting after effects. Animals were reduced to charred carcasses and a large part of the forest was completely flattened. Despite some resistance, the reports collected by Kulik finally managed to convince the authorities to finance a second expedition, in 1927. 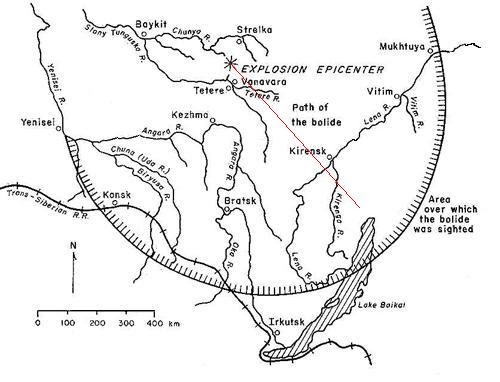 The new expedition had better planning. This time it would start in the spring, so that they would reach the region’s soil before it became a swamp. Despite the precautions, the expedition’s progress was not easy because Kulik was not yet sure of the exact location and also because of the inaccuracy of the maps that were at his disposal.

Finally, after a few months, dozens of setbacks and hundreds of obstacles, Kulik found an immense devastated landscape: trees uprooted, others burnt and tilted towards a center. He expected to find a crater in that center but none were found. Kulik found other trees that inexplicably stood up, just being stripped of their branches. No meteorites or fragments were found.

Details of trees felled over a large area at the epicenter of the explosion. Photos taken by Leonid Kulik.

The area was carefully documented and photographed for presentation at the Academy of Sciences. This content was convincing for new expeditions to be carried out back to Siberia in the same decade and also in the following decade, using better equipment. Instead of meteorites, the results of the expeditions to Tunguska were new questions about what had happened. Kulik died sick in 1942 while he was a prisoner in a Nazi camp during World War II (1939-1945). In 1978, an asteroid discovered by a Russian was named after him.

Leonid Alekseyevich Kulik’s epic towards Tunguska has instigated generations of scientists, not only to solve the mysteries about the explosion that scared many people on more than one continent, but to warn the world that objects from space can seal the fate of our planet and the living beings that live here. Thanks to Kulik’s persistence all the developments on the study of the impacts on Earth and the fruits that we are reaping through the technology used to give a chance to defend our home in the Universe.

This episode has always been one of the most explored themes by the organizers. In the 100 years of the first expedition to Tunguska, a script follows to increase its presentation, highlighting the scientist responsible for bringing to the world the first evidence of this event that marked Humanity:

Begin by describing in detail the Tunguska event that took place on June 30, 1908. This 360 video makes a simulation with virtual reality. Describe the time, the size of the affected area, the damage caused and the appearance of the sky reported by witnesses near and far from the site of the explosion.

Many wars have been present in Kulik’s life. Present a short biography of this scientist and describe the political scenario of Russia and the world (wars and revolutions) to contextualize the difficult circumstances of first expeditions.

Describe important and curious moments of the expeditions organized by Kulik towards Tunguska. The Tomsk State Archives Fund and the astronomer and researcher Vitaly Romeiko webpages have a spectacular collection of photos of Kulik and other scientists’ expeditions made in the following decades, including documents, reports and other relevant information in chronological order. These pages are originally in Russian, but translation tools for your language can be easily found on the web.

Accidental landing of an alien spacecraft, collision of matter with antimatter, collision of a black hole with Earth, secret scientific experiments, atmospheric and paranormal phenomena. Many theories were created to explain the Tunguska event and some confuse reality with fiction. Research and name some of them to entertain your audience, not forgetting to refute them. Then, present some hypotheses well accepted by the scientific community. This work by the Slovak astronomer Ľubor Kresák suggesting that a fragment of the short-period comet Encke may have caused the event, and this other work by astronomers David Clark, Paul Wiegert and Peter Brown demonstrating that the Tunguska event coincided with the peak of a rain of meteors originating from asteroids are worth mentioning.

Consider concluding by mentioning other impacts that have occurred on our planet such as The Chesapeake Bay, Chicxulub and the recent event in Chelyabinsk. Compare them to Tunguska and raise a debate with the public about the possibility of similar events of this size occurring on Earth in the future.

Take advantage of this historic moment! Don’t forget to register your activity on the Asteroid Day page. Have a good event!

LEARN – What are Trojan asteroids?