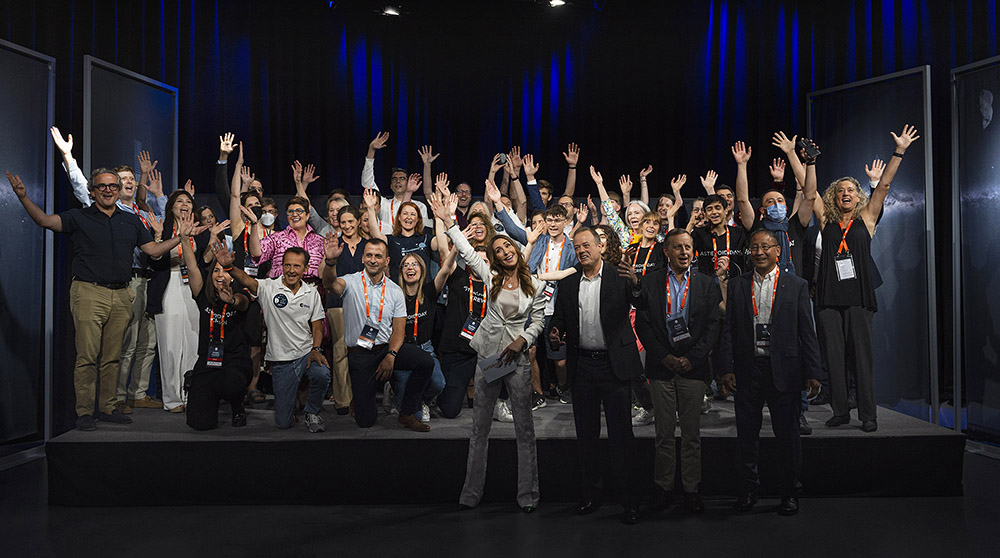 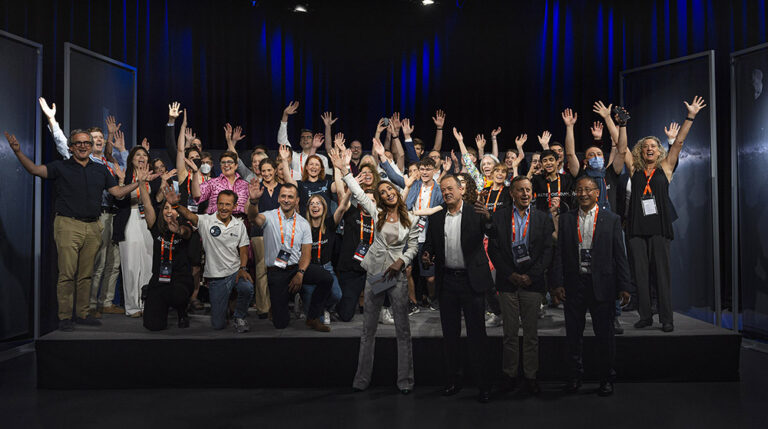 The big comeback of our biggest in person event Asteroid Day LIVE finally happened after a long 2 year hiatus! More than 40 experts, astronauts and scientists flew from all over the world to the Broadcasting Centre Europe’s state of the art studio in Luxembourg to bring to you our 4 hour program packed with one sensational topic: asteroids!

On top of that, event organizers from around the world joined in to celebrate asteroids both online and in-person. Read on to find out all about Asteroid Day 2022!

Ending the pandemic restrictions in many countries, large face-to-face events have been organized again. School participation increased, with Asteroid Day being included in their schedule through activities for students of various grades.

Online events also continued to be an organizing choice for many organizers, enabling the interaction of experts from different countries and the participation of those who are suffering difficulties imposed by a war. Check out some events around the world: 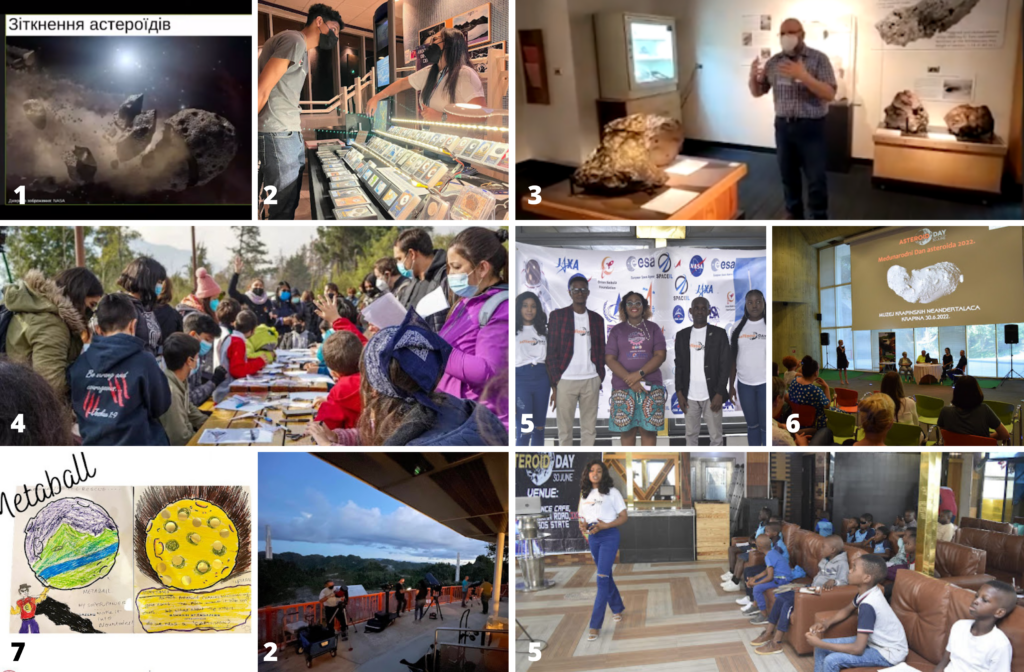 This year, the theme of Asteroid Day was ‘small and beautiful’ where we looked into the smaller asteroids, technologies and samples which help answer some big questions. We also looked to the future with panel discussions centred around the topics of space resources and how we should use them, and the methods for utilizing and exploring space in a sustainable way.

Speakers and special guests include:

People are talking about asteroids more than ever this year! In 2022, our global press reach was over 6.4 billion as measured by Meltwater. Here is a sample of the most interesting articles we found: BBC (Thai), Forbes (English), Yahoo! News (English), 3B Meteo (Italian), Space.com (English), Sayidaty (Arabic) and cienciaplus (Spanish), clubic (French), Tencent.com (Chinese).

Over the past six years Asteroid Day LIVE has been watched by millions of people all over the world streamed via Twitch, Youtube and viewers connected to SES satellites. You can rewatch previous Asteroid Day LIVE broadcasts at any time again and again via Asteroid Day’s YouTube channel. 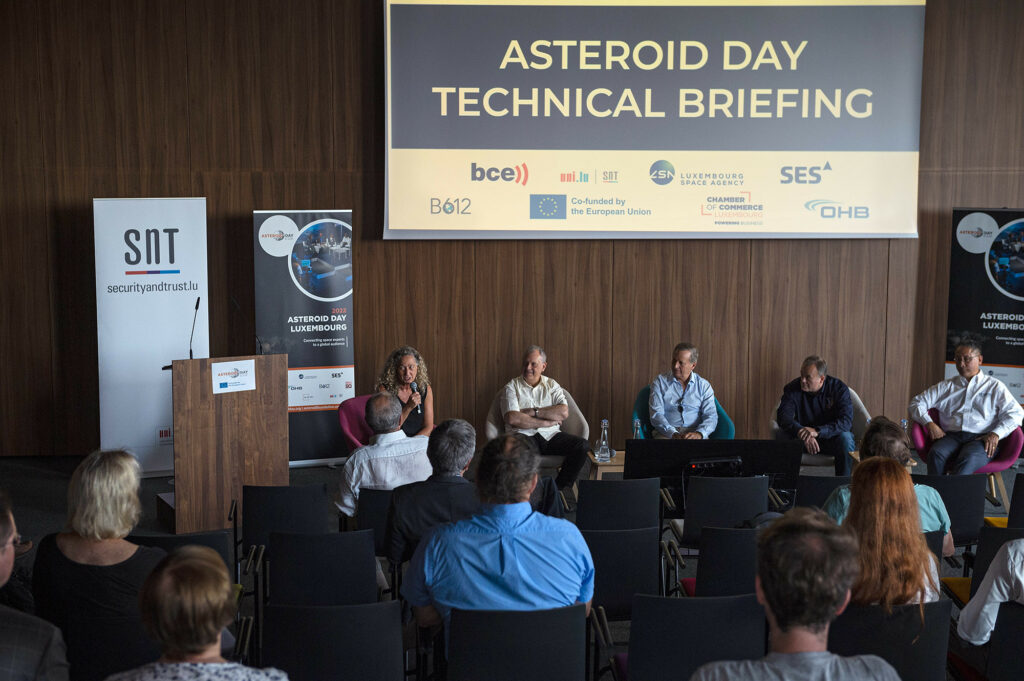 On June 29th scientists Patrick Michel, Sabina Raducan and Mario Juric shared the latest asteroid research at the annual Asteroid Day Technical Briefing at the beautiful Arendt House building in Luxembourg. Joined by NASA astronauts Ed Lu, Ron Garan, ESA astronaut Michel Tognini and cosmonaut Dorin Prunariu. Rewatch this event on our Youtube channel to learn insights into asteroids including space missions, computational tools to find, track and deflect asteroids, the state of the world with respect to United Nations asteroid initiatives and much more. This event was co-funded by the European Union. 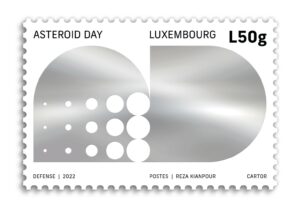 POST Philately is issuing a series of three special stamps over three years in celebration of Asteroid Day; the first motif this year depicts “Defense”.

In 2023, a motif on the theme of “Discovery” will be issued, while for 2024 the subject of the stamp will be “Space Resources” (mining and utilisation of natural resources in space).

Thank you to our sponsors and partners who made this year possible:

ESA warms up for Asteroid Day, with the riskiest asteroid known to humankind